A two-vehicle collision near Hamtpon, IL resulted in two people being rushed to the hospital. 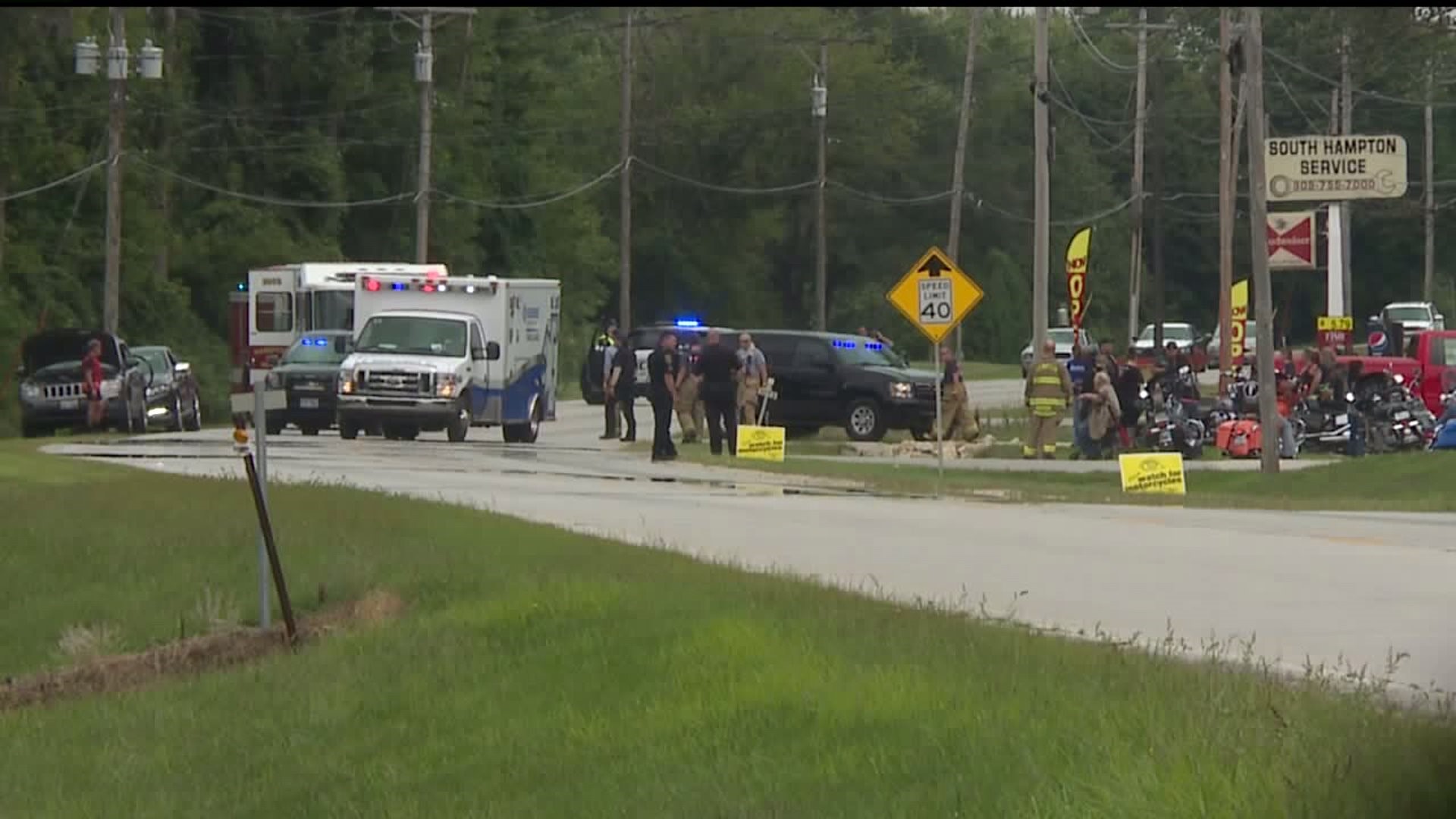 HAMPTON, Illinois -- Two people are in the hospital after their vehicles collided on Illinois Route 84 in Rock Island County.

Around 1:00 p.m. on Sunday, August 25th, a motorcycle and a car collided with each other on a stretch of Illinois Route 84 between East Moline and Hampton, resulting in two people being rushed to the hospital by ambulance, according to Hampton Police. Their condition, as well as the total number of people involved in the crash, is currently unknown.

News 8 will follow the story and provide more information when it is released.