“I want to carry his flame,” injured Clinton firefighter motivated to get back to work to honor fallen Lt. Eric Hosette

“My goal is to get back to work and continue to serve the city of Clinton,” says Adam. 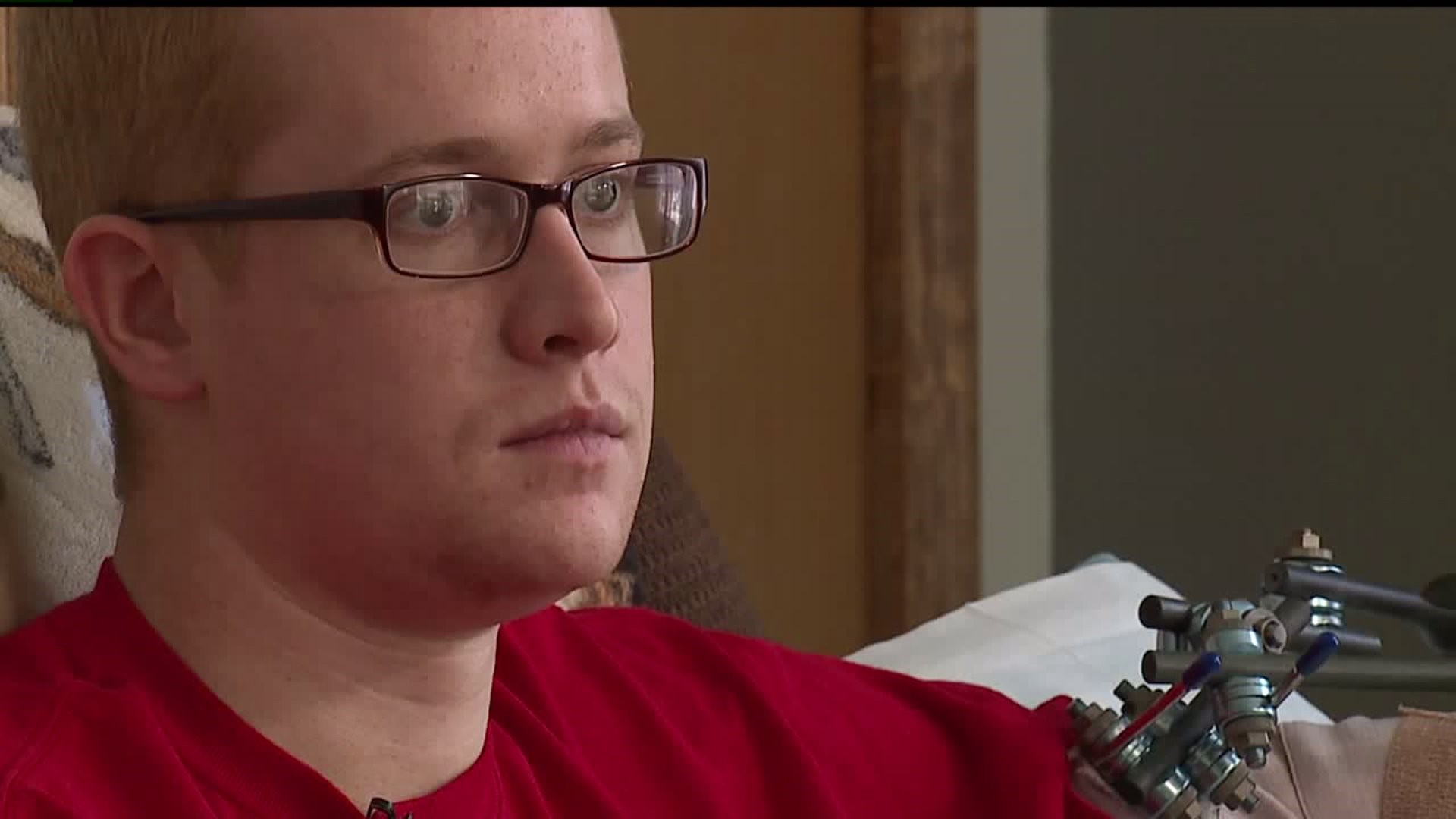 GOOSE LAKE, Iowa-- Decorated in red this community just northwest of Clinton is home for the Cain family.

Kevin and Lynn Cain are parents to 25-year-old Matt and 23-year-old Adam. The boys were born to serve their community.

"My dad was the fire chief here," says Adam Cain.

"As the boys, even growing up, their Halloween costumes were firefighters. They loved to watch when Kevin would go on a call and watch the lights go by," says mom Lynn Cain.

That love turned into careers as Clinton firefighters, and the boys' family grew.

"I think that's the biggest thing people might not realize is how truly close we are. They're your lifeline. You put your life in their hands," explains Matt.

Last month while his shift was ending, rookie firefighter Adam, had to put that family trust to the test.

It was that moment Adam decided to work overtime. He was with the first crew to get to the scene at the Clinton ADM plant.

"We got there, and we got orders from the Battalion Chief on how he wanted to attack that fire," says Adam.

The rookie was alongside a seasoned veteran.

"The last thing I remember was me and Lieutenant Hosette were on top of the silo spraying water from the top. And then I remember waking up inside the silo very confused and in an intense amount of pain," says Adam.

Adam says he fell nine stories, but he was pulled to safety by another one of his fire brothers. The comrade fighting next to him, Lieutenant Eric Hosette, never made it out.

While Adam was being rushed to the hospital, his family didn't know he was at work.

"We had the thought that Adam was off already. I actually called Adam's cellphone. Obviously, no answer," remembers Matt.

"I got a phone call from Pastor Lott, the department chaplain for the Clinton Fire Department. He said there had been an explosion. One firefighter didn't make it, and Adam had been hurt," says Kevin.

That was Kevin, Lynn and Matt's tone to rush to the hospital.

"We just lost a coworker, and not only is another coworker hurt, but it's my brother," says Matt.

It took four hours for doctors to stabilize Adam.

"That was when it sunk in how serious it was, and to speak to the doctors, listening to the litany of injuries he had," says Kevin.

Broken ribs, limbs, a fractured back and a collapsed lung, a bruise to his heart and brain, and a cut on his liver, Adam's condition was critical.

"Basically I missed a week and a half of my life. I had no idea what had happened," says Adam.

Adam, not able to move or talk, was fighting.

"When Adam was sedated, he would squeeze your fingers if you talk to him," says Matt.

"They were never able to say the words good. They would just say he was doing okay. If you read between the lines, it tells you things were very delicate," says Kevin.

The 23-year-old spent 20 days fighting in the hospital.

After two surgeries on his arms, Adam was breathing on his own. So he got to go home to his town, covered in red, for a hero's welcome.

"Now to be able to sit here and talk to him and know that Adam's back, I have my brother back is beyond words," says Matt.

With physical therapy three times a week and at home therapy 90 minutes a day, a healing timeline is not set in stone. But one thing is, for Adam, at least.

"My goal is to get back to work and continue to serve the city of Clinton," says Adam.

He says he has to for his brother who isn't able to sit and talk on his couch.