The crashes on westbound I-80 happened near Victor, Iowa, Friday afternoon, May 8, 2015 according to a report by KCRG. Iowa State Patrol said between 20 and 30 ... 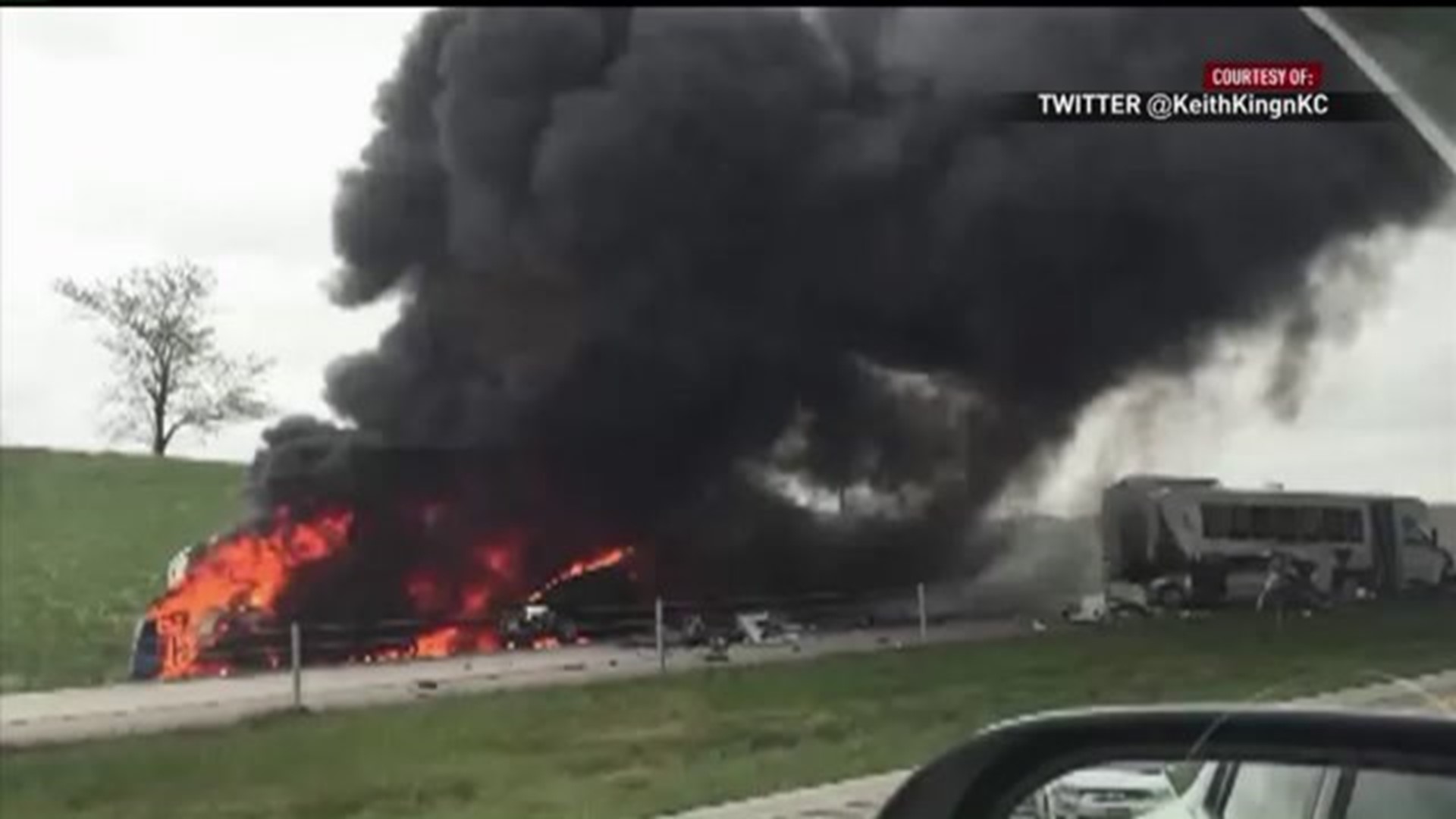 The crashes on westbound I-80 happened near Victor, Iowa, Friday afternoon, May 8, 2015 according to a report by KCRG. Iowa State Patrol said between 20 and 30 people were hurt in the series of crashes.

It started around 3 p.m. when a semi on the side of the highway caught fire, according to the report. Initial reports indicated that it was near mile marker 215. As crews were extinguishing the fire, traffic slowed and several other cars crashed.

Two semi trucks, three cars and a tour bus collided in the westbound lanes, which started a fire.

A spokesperson from the University of Iowa Health Care said people who were injured in the bus crash were arriving to hospitals around 6:20 p.m.

KCRG reported that two patients were in critical care and one was placed in a burn unit. Nobody was killed in the collisions.

kcrg: Two major crashes on I80 westbound with at least 30 hurt. Avoid that area. pic.twitter.com/67DqLx6OTh http://t.co/4th58leKgO

People that live near the I-80 WB accident say life flight helicopters have landed twice at the scene. pic.twitter.com/0lKZeGLu2D