It has been nearly three weeks since the I-74 Bridge Project made major changes to Iowa-bound commuters. 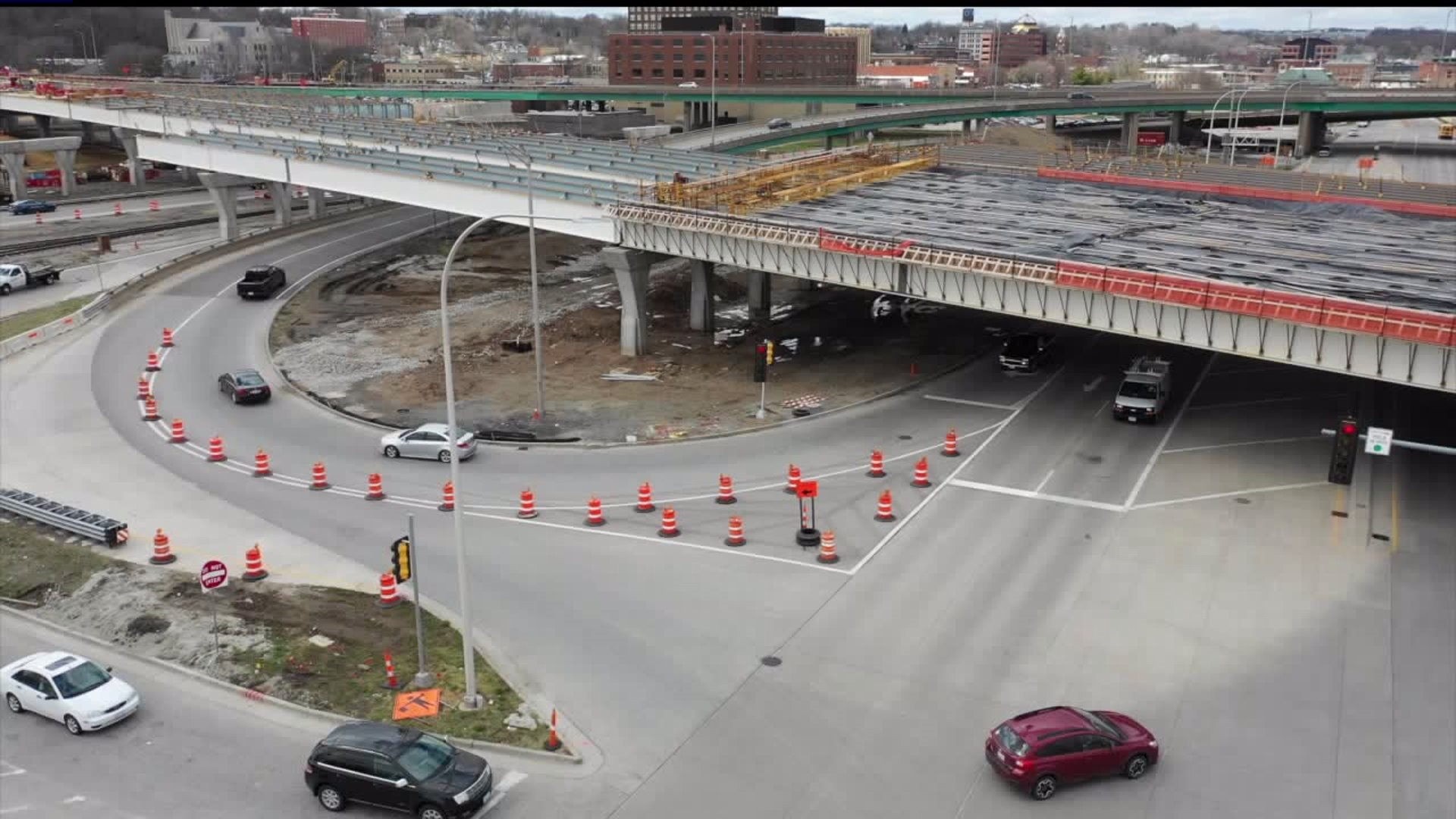 MOLINE, Ill. — It has been nearly three weeks since the I-74 Bridge Project made major changes to Iowa-bound commuters, but now you may notice even more changes to traffic patterns.

I-74 Bridge Corridor Manager, George Ryan, said he has been keeping a close eye on traffic so far.

However, now that project leaders have had a chance to see what works and what does not -- they are making adjustments.

On 19th Street in downtown Moline, I-74 crews have added a "left turn only" lane. Thus, allowing two lanes to continue straight over the train tracks. Heading east on River Drive, there is now one continuous right turn lane getting onto the on-ramp of the I-74 Bridge.

"That allows then people that are coming from the east on River Drive that want to make a left, they're coming into their own lane," Ryan said.

Once over the bridge, the changes continue in Iowa. George Ryan said his team also saw problems at Kimberley Road and Middle Road in Bettendorf. Now, there are exclusive lanes for drivers turning left, going straight, and turning right.

"We've modified more to what motorists are doing and meeting their expectations to keep traffic moving freely," Ryan said.

Ryan said he will continue to monitor and make changes in the future, as we needed, but the number of changes should go down in the future.

"We ask that motorists be very careful and don't drive distracted," Ryan said. "Really pay attention to your surroundings because there still could be some changes."