I-74 Bridge detour in Bettendorf delayed until Tuesday

Police suggest taking a different bridge and advise people to not use residential roads. 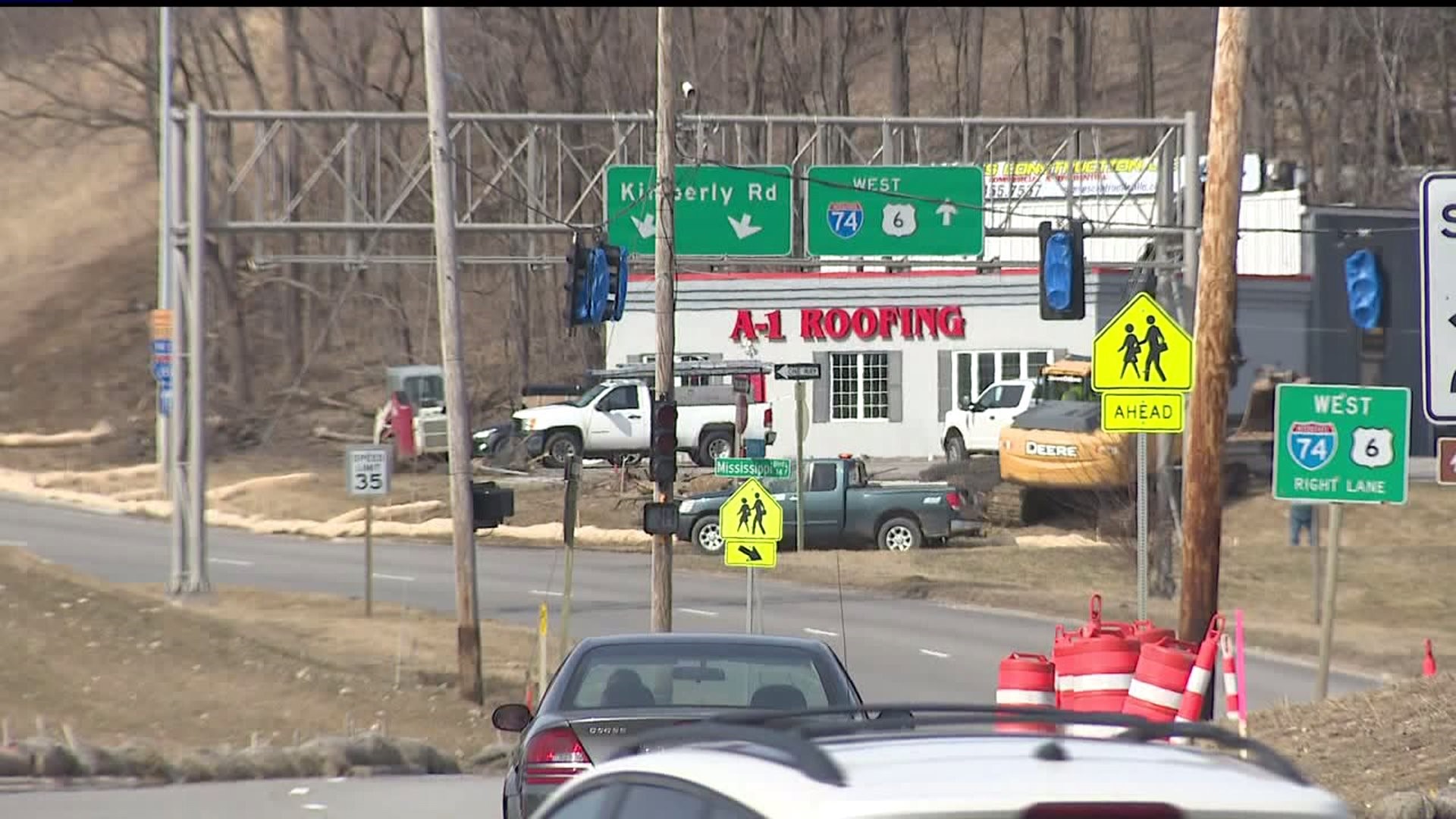 BETTENDORF, Iowa -- The lane closures and detour throughout Bettendorf, are on hold until Tuesday, March 26 now. According to the I-74 River Bridge Facebook page, because of the rain Sunday, March 24, crews were not able to begin the detour, re-routing traffic throughout the city.

Commuters will have to exit I-74 at the Grant Street exit. They'll then snake through Bettendorf up Kimberly Road, under I-74. They'll then turn right onto Middle Road to use that on-ramp to get back on I-74.

Bettendorf Police and Iowa State Police will have patrol cars along the route as drivers adjust to the detour. They suggest taking a different bridge and advise people to not use residential roads.

"It's a necessity," Dave Pederson says. "I live in Moline. I cross it every day. It's gonna get interesting. I'm sure the time of day will make a difference. Rush hour, probably not gonna try it. During the day it might be okay."

The Bettendorf detour will be shortened in June. People will still get off at Grant Street but will be able to get back on I-74 using the 14th Street on-ramp. That detour will continue until the Iowa-bound bridge is finished. That's expected to happen in the first half of 2020.

The work was supposed to start Wednesday, March 20, but in a Facebook post Wednesday, project leaders said they're, '...finishing some work on the local roads as well as preparing the traffic signals and signs in Bettendorf first.'