A Quad Cities couple is keeping the memory of Teangelo Garrard alive, by doing what he loved most. The Cruise In For a Cause car show was held in loving memory ... 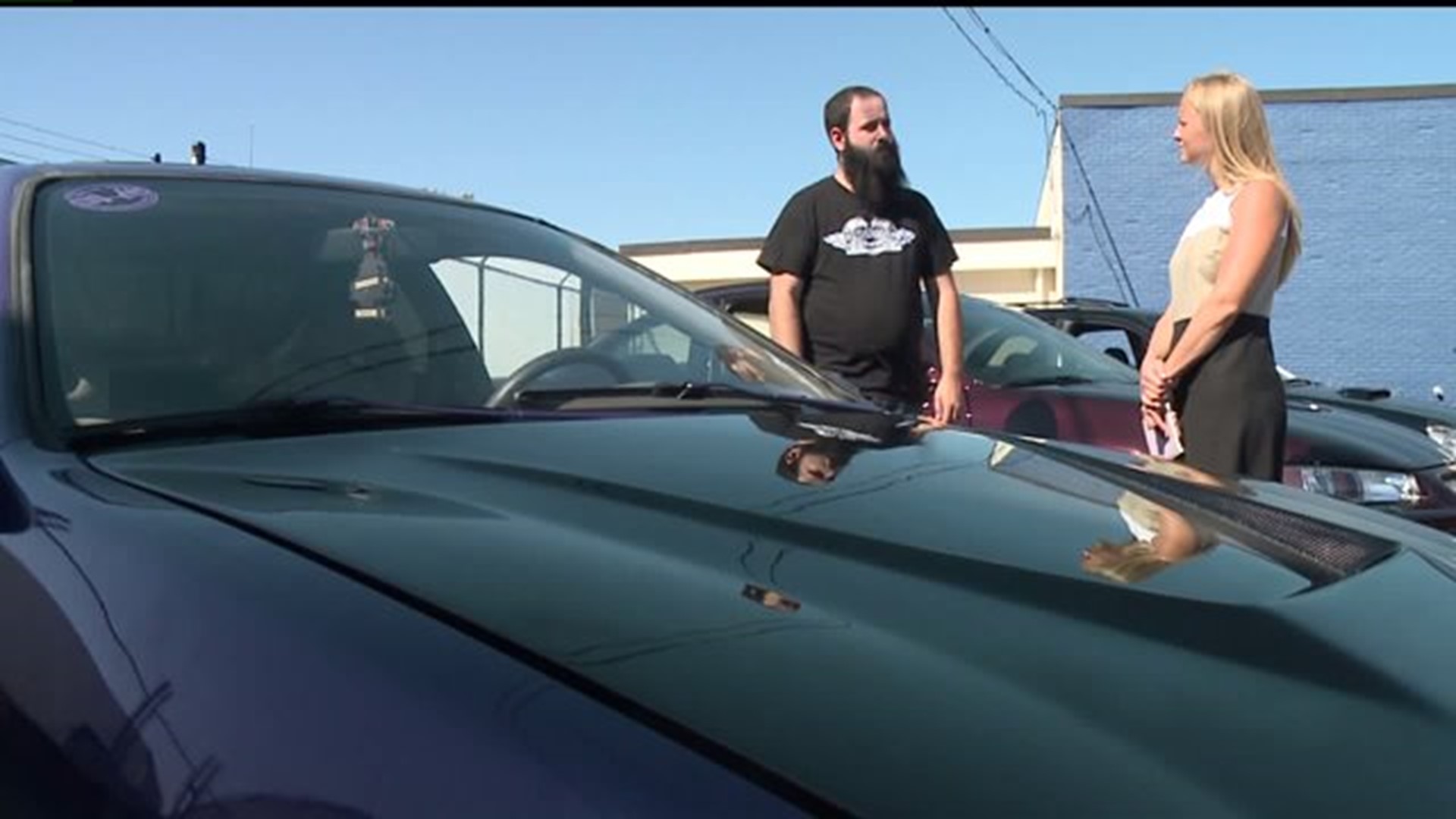 DAVENPORT, Iowa — A Quad Cities couple is keeping the memory of Teangelo Garrard alive, by doing what he loved most. The Cruise In For a Cause car show was held in loving memory of Garrard, who was killed by a drunk driver when he was 24 years old, while riding a motorcycle in Davenport on September 20, 2014.

"The pain, you still feel it everyday," said Samantha Harry, who met Garrard through her husband in 2010. "You get through it with the support of family and friends and by doing [the car show] we celebrate his life in hopes of preventing this from happening to somebody else," she said.

Jake Harry went to school and worked with Garrard, in his friend's memory, Jake fixed up the 1994 Acura Integra that used to belong to Garrard.

"When we got the car, it was rough. It was black originally, steelies instead of actual rims on it; it needed a lot of work," said Jake Harry.

Since then, the Harry's did all the body work on the car, including a new purple and black paint job, a little work on the motor, new side mirrors, new hood and new interior.

"We're just doing the car they way we think he would have wanted it," said Jake Harry, who still considers Garrard the owner of the Acura.

"I just figured I wanted his family to look back and see something from him," said Jake Harry.

There were 46 entries in the car show.

"A lot of these people are friends and family, and we've actually met a lot of new people as well that just came out for the car show," said Samantha Harry.

The couple hopes the car show opens somebody's eyes and prevents them from getting behind the wheel after drinking.

"We move on like [Garrard] would have liked us to; we always keep him in our thoughts," said Jake Harry.

The Harry's intend to host the car show every year.