Hundreds of stranded cars on Interstate 74

Many cars have people stranded inside. 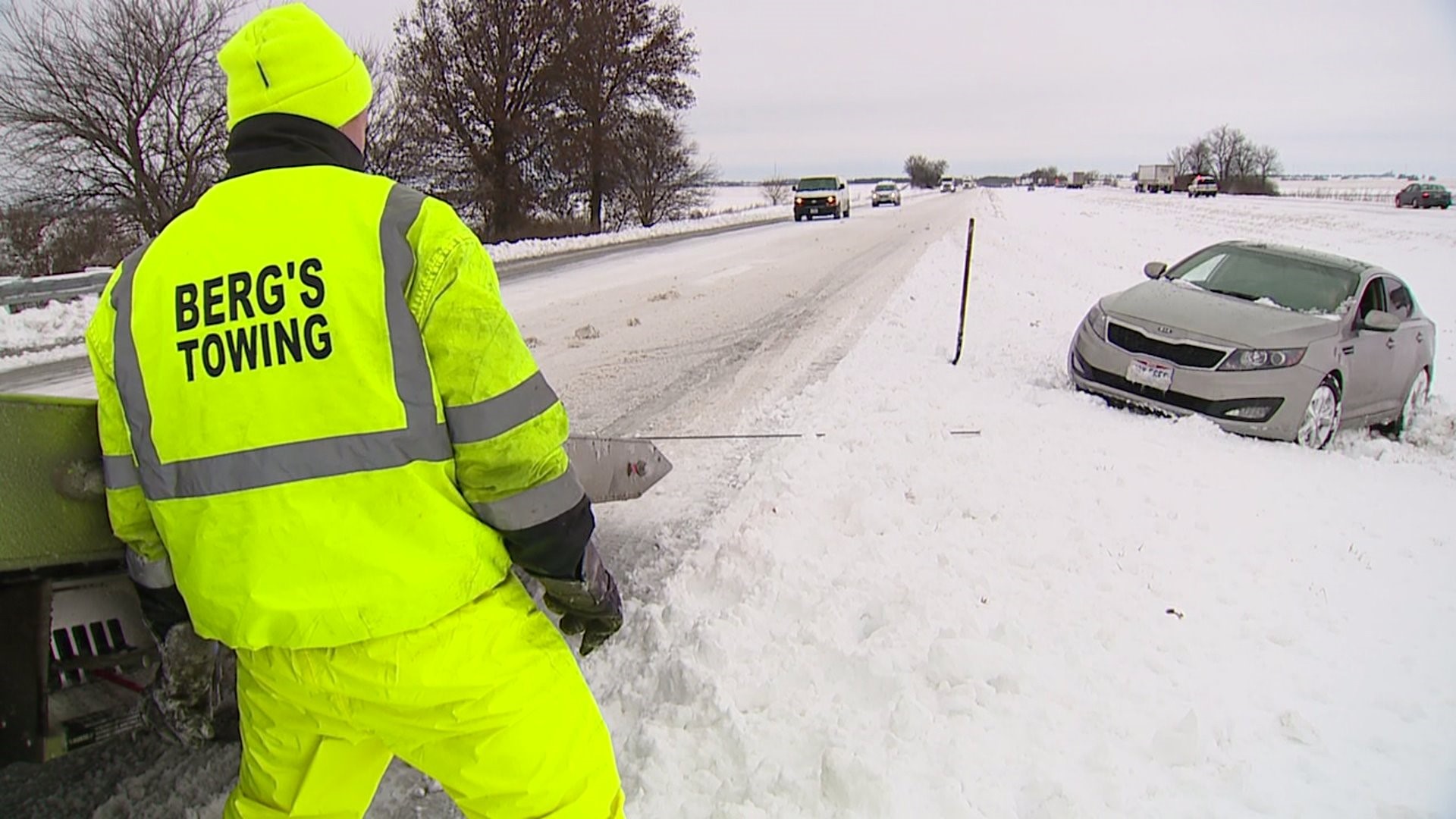 Tow truck drivers began towing cars early this morning. They say they will tow until everyone is safe.

"I rescued people who were stuck for over 15 hours," Berg's Towing driver Levi Wardship said.

Wardship's tow truck also got stuck in the snow for over three hours. He said he hasn't ever seen roads this bad, but wants to do what he can to help.

"When people call you a hero, you never think of it like that," Wardship said. "It feels good helping people."

"I am so thankful," stranded driver Dioseline Sanchez said. "We've called about 10 trucks and only a few answered. They said it'll take hours for one to come here."

Wardship said he plans to rescue over 20 people from the roads.