Hundreds line up for Obama opportunity in Galesburg

There’s quite a crowd at Knox College on Monday, and classes aren’t even in session. “I want to get a ticket,” said Laura Fults. Fults a... 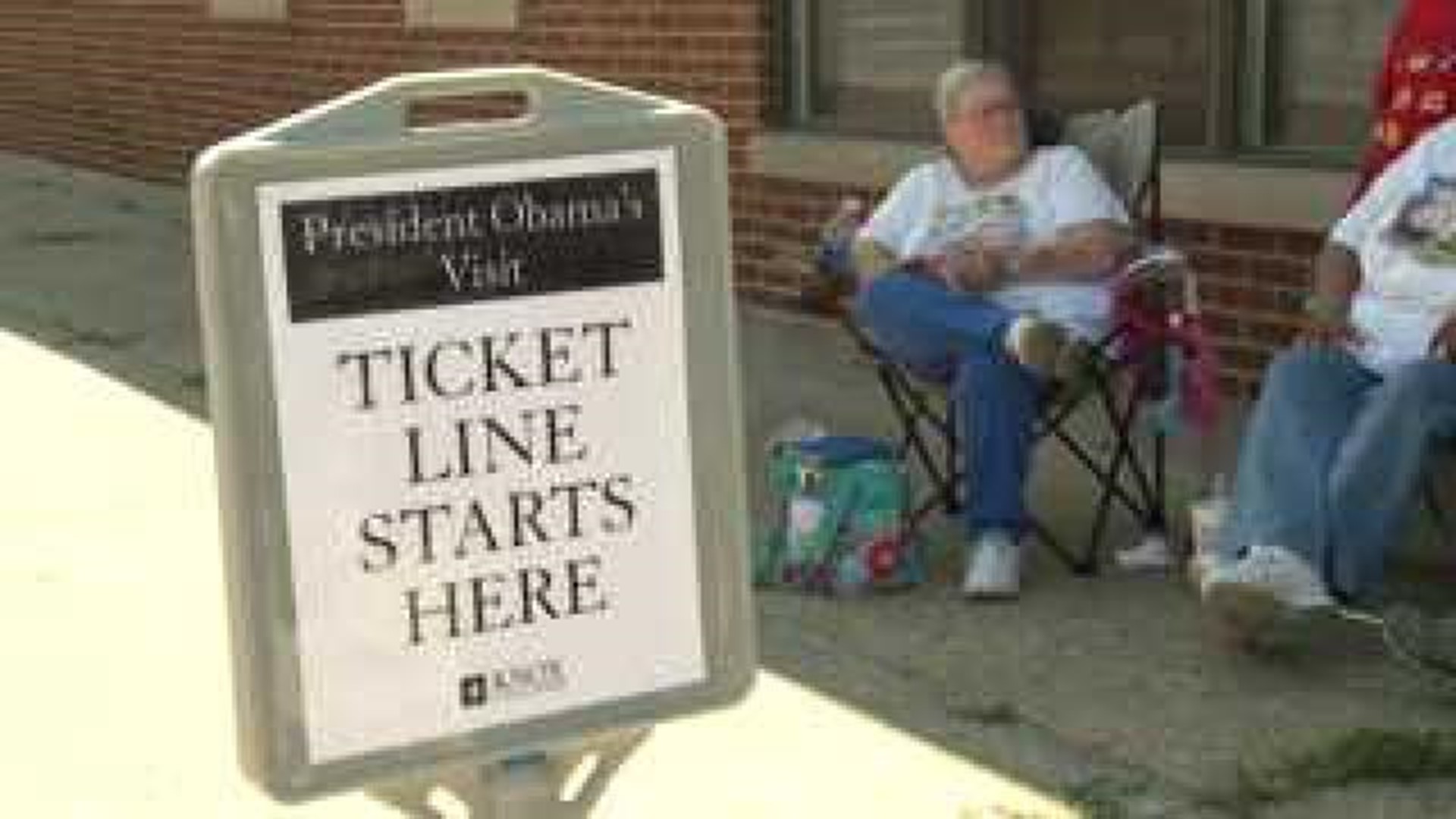 There's quite a crowd at Knox College on Monday, and classes aren't even in session.

"I want to get a ticket," said Laura Fults.

Fults and the Guerrero family had to rise and shine early. They showed up at 7 a.m., a full six hours before the college started passing out tickets to see President Obama.

The president is set to give a speech on the economy Wednesday at Knox College.

Hundreds of guests braved bright sunshine and heat. Some passed the time by reading. Some created shade with umbrellas. Others cooled off with water.

It was all worth it for college student Cassie Sherwin.

It's a chance for history to repeat. In June 2005, then Senator Obama delivered the commencement address at Knox College.

"When you drive by the old Maytag plant at lunch time, no one walks out any more," he said at the time.

Elements of that speech became a catalyst for his presidential campaign. There was a message about the middle class that's still important. He referenced it in his first State of the Union Address.

Just two years ago, President Obama made a surprise stop at Galesburg High while on the campaign trail.

"We could not be more honored that he has chosen to come here and kick off this tour on the economy," said Megan Scott, chief communication officer for Knox College.

President Obama will revisit that Knox College connection eight years later. It's an economic connection with what it means to be in the middle class.

That theme resonates with this crowd. They know about tough times and disappearing dreams.

Minutes later, there's relief and excitement as folks get their tickets.

"It was really worth the wait," said Tricia Ramos, a Galesburg mom who made the six-hour journey.

Tickets in hand, she'll be ready to attend the speech on Wednesday with her son.

All of the crowd is pumped up about becoming a part of history on Wednesday at Knox College.