Right now while the river is above flood stage, Front Street is offering buy one get one free pints at both the restaurant and tap room. 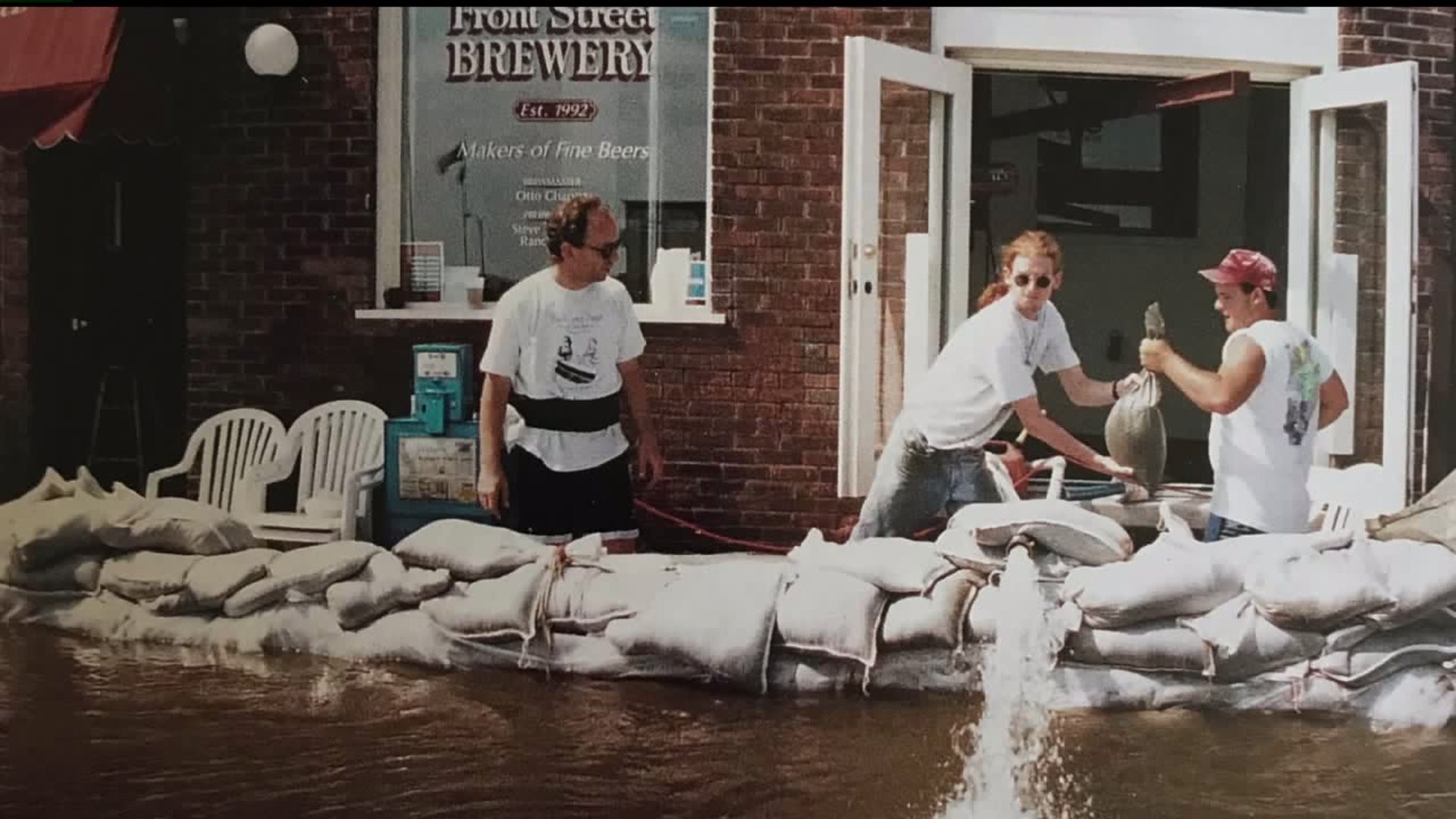 DAVENPORT-- Flood waters have crept up to businesses along River Drive in downtown Davenport, but when this happened back in 1993, there was a silver lining.

Back then the levee couldn't hold back the nearly 20 days worth of rain. So it was up to volunteers to help.

A troop of 20 strong worked to save a new business back in 1993. Front Street Brewery had been open for eight months when the flood hit.

But there's a silver lining to that disaster that's outlasted the billions of gallons of water 25 years later.

Now it's a Quad Cities classic, but it started off as a thank you because of the flood.

"Out of that tragedy came our Raging River beer which was brewed to help pay back those volunteers and sandbaggers who helped us out," says Jones.

Thanks to them, this place thrives today with two locations and distribution all over the state.

"They definitely were at risk of losing everything from the flood, so to be able to bounce back and get everything up and running is pretty amazing," says Jones. "Steve Zuidema, the original owner, and brew-master developed that beer, and so we like to honor his resilience and just offer something special."

No matter what year it is, at Front Street Brewery, you can always pair flooding with a beer.

"We're blessed with our location and the view of the river, but this is the downside of it is we have to deal with flooding from time to time," says Jones.

Right now while the river is above flood stage, Front Street is offering buy one get one free pints at both the restaurant and tap room.