How to get a free ride on New Year’s Eve

There will be six different buses running from 9 p.m. until 3 a.m. on New Year’s Eve. 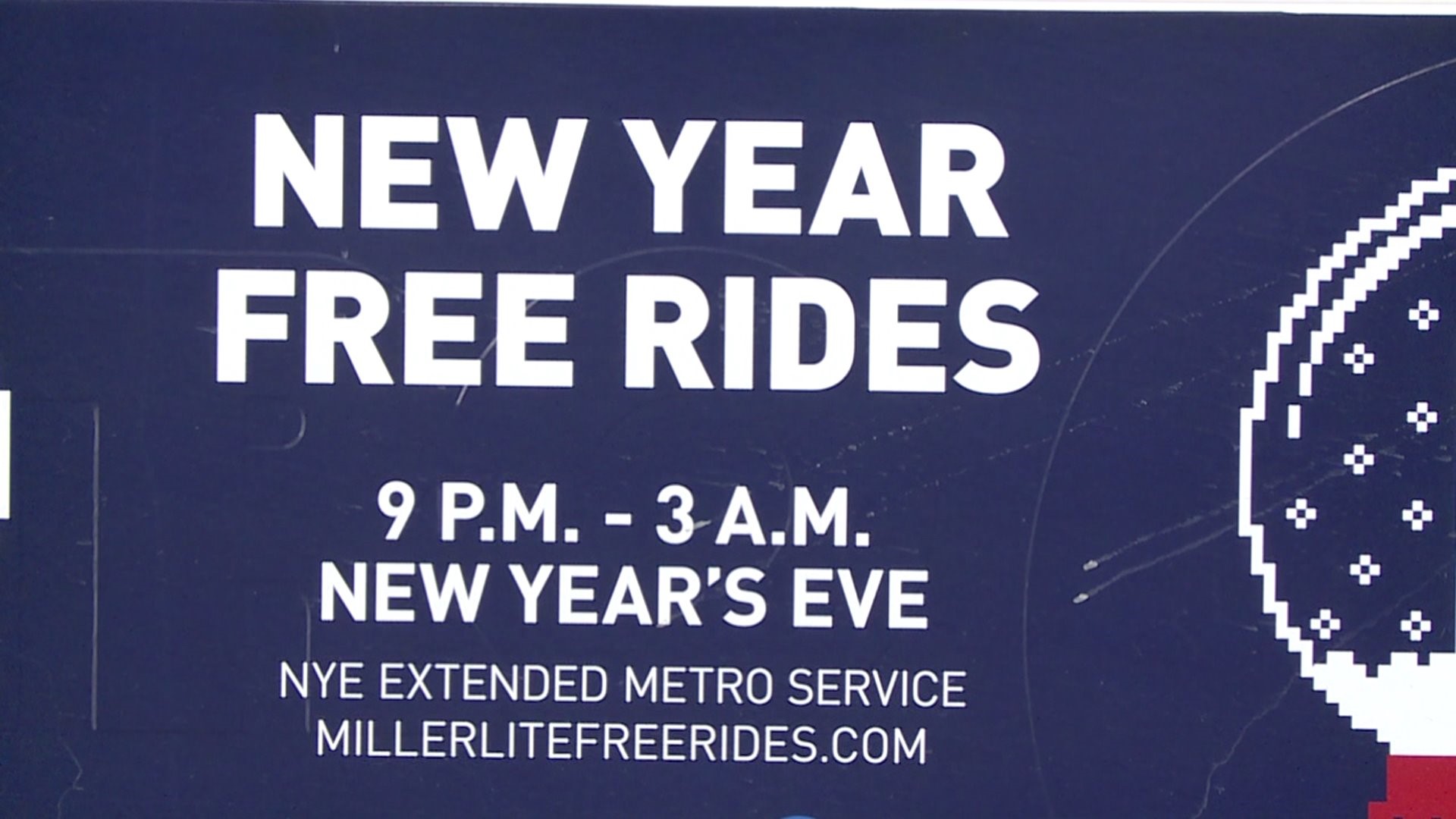 MOLINE, Illinois  --  MetroLINK hopes you consider public transit for your New Year's Eve transportation plans and is offering a new promotion for the holiday.  MetroLINK has partnered with Miller Lite to provide free rides for people in the Quad Cities. This is the first year for the partnership.

"We just want everyone to celebrate responsibility," said Jennifer Hirsch, Manager of Administration for Metro. "Taking transit is one of those ways you can make sure that you are being safe out there when you are celebrating. We really hope that people take advantage of this great free service."

There will be six different buses running from 9 p.m. until 3 a.m. on New Year's Eve.

"Anytime that you have an alternative to driving, you need to take advantage of that," Hirsch said. "We just want people to be safe."