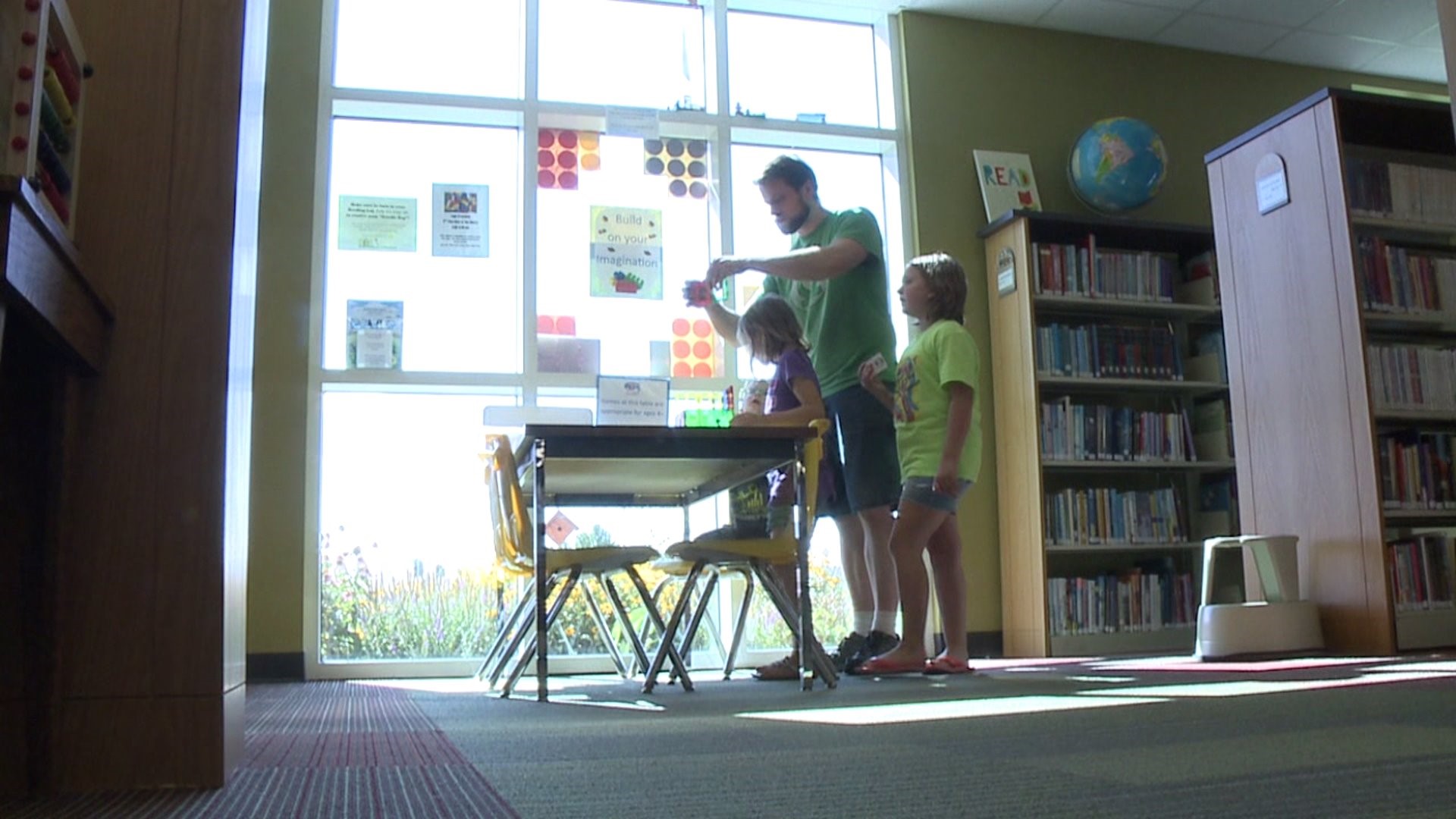 GENESEO, Illinois - The Angelo family makes regular trips to the Geneseo Library, but this time it's not for a book. They want to make sure they're prepared for the big show in the sky.

On August 21st, the sun will disappear in across America. It's been close to 100 years since the last total solar eclipse appeared.

"We knew it was coming up kind of hoping we could get a hold of a pair of glasses to try out," said Victor Angelo.

The Geneseo Library is giving out solar eclipse glasses for free. The glasses will protect people's eyes from the sun.

"We limit them to four pairs per person because they`re kind of in demand," said Library Director, Claire Crawford.

However, one local doctor wants you to do some investigating before you buy a pair.

"Make sure that your glasses have this ISO stamp and then another added deal is that they say this ISO12312-2 standardization number," said Dr. Yasser Elshatory at Eye Surgeons Associates.

Dr. Elshatory is a retina specialist and says there have been counterfeit glasses going around that look like the legit ones. He says there are signs to look for.

"If you look at any light at varying intensity you should not be able to see it the only thing that you`d be able to see through these dark lenses is the sun," said Dr. Elshatory.

You'll also want to make sure the lens isn't scratched or damaged.  A bad pair could have a permanent effect on your eyes. The sun rays almost you could think of it as frying the retinal tissue."

"The sun rays almost you could think of it as frying the retinal tissue," Dr. Elshatory.

He also warns people not to try wearing sunglasses, they won't protect your eyes against the sun.

Several libraries will be holding solar eclipse events too.

On August 21st, the Geneseo Library will be having showing the solar eclipse on YouTube from 12-3:00 p.m.

At the Moline Library, will be having a viewing party with the Popular Astronomy Club at 11:30 a.m.