How police train for a school shooting

We were there as area police agencies joined forces to prepare for the possibility of a school shooting. 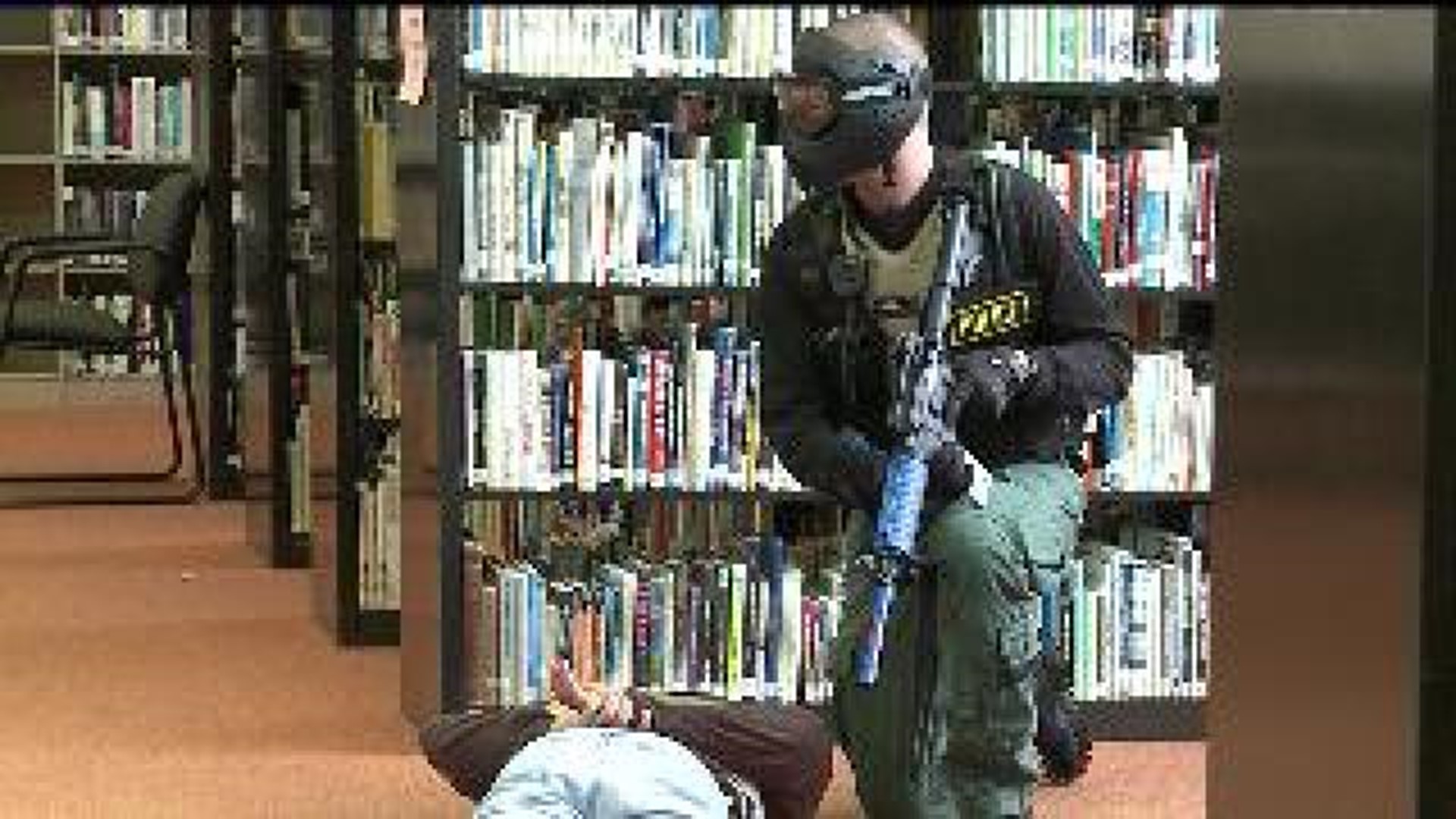 Gunshots made the sound that reverberated off the walls at Macomb High School on Wednesday, June 11.

Police blitzed the high school library. They spotted their target with a gun pointed to the back of three hostages.

In a matter of seconds, police shoot the gunman down. He's dead.

This was just a simulation, but according to CNN, there have been 15 school shooting incidents since the Sandy Hook shooting in 2012.

Related: Muscatine Teacher's Invention Could Save Your Child's Life

"We know it can happen and I think the randomness and the fact that it can happen anywhere at anytime just means we have to do what we need to do," said John Rumley, Principal at Macomb Senior High School.

While the simulation was just a form of training for these officers, it felt real.

"We have pistols, rifles, and everyone wears a face mask because when you get shot, it hurts," said Curt Barker, the Macomb's Chief of Police.

There are three phases police engage when for training for active shooter situations: the walk, crawl and run phase. Wednesday's exercise was the run phase. Everyone moved at full speed.

There were different simulations that officers engaged in; all were based on actual incidents that took place. The training was scheduled from June 10 to June 13.