School nurses have had their hands full as dozens of students have contracted a virus that seems to be spreading like wildfire. 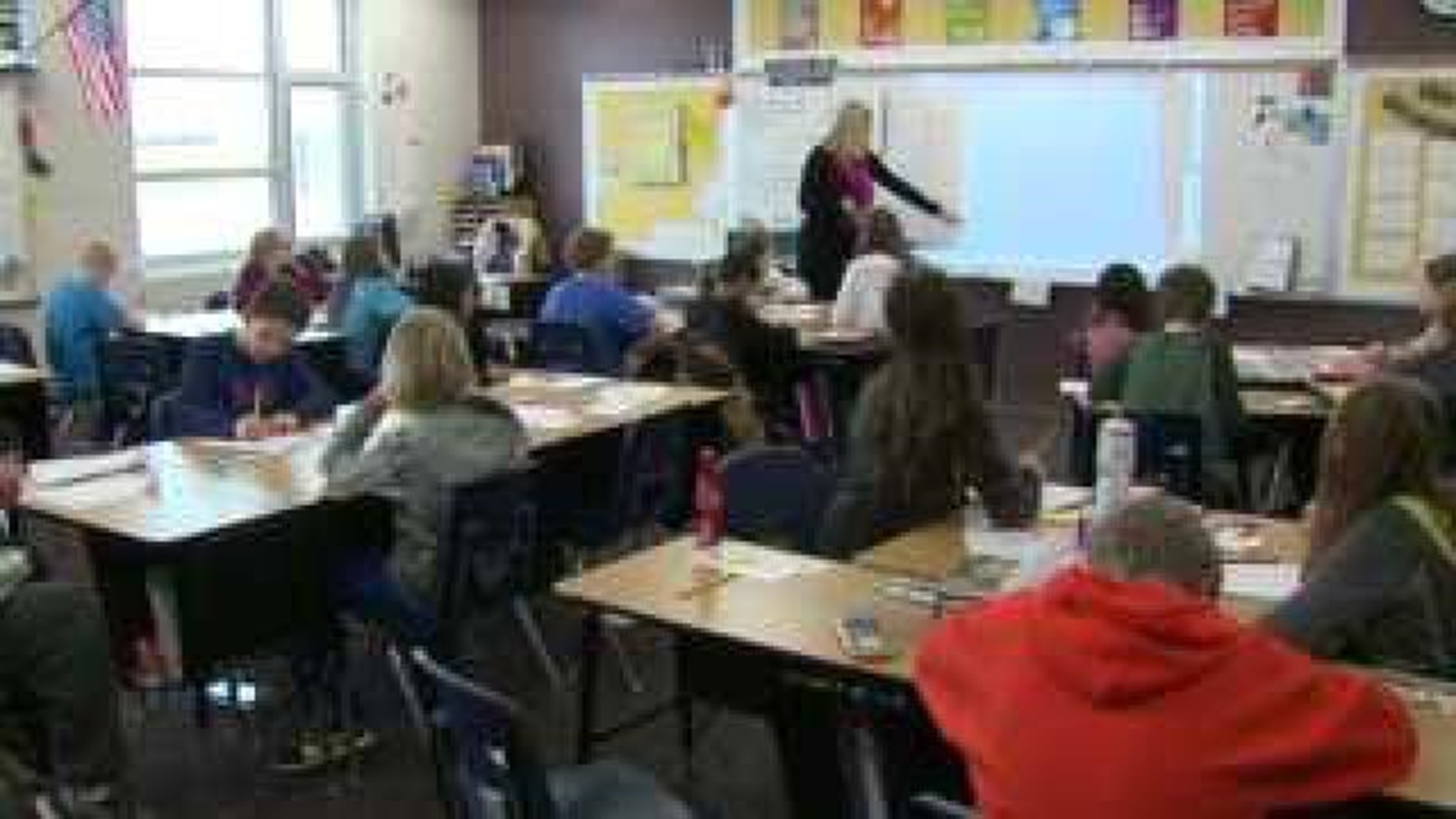 School nurses have had their hands full as dozens of students have contracted a virus that seems to be spreading like wildfire.

Kim Zupancic, a nurse who works a four-hour shift at Hopewell Elementary School in Bettendorf, said she has seen an influx in the number of sick students.

"I've been seeing about 35 kids a day, and I usually only see about 20," Zupancic said.

There are two viruses that are flooding the schools: the influenza virus and the gastrointestinal virus, commonly known as the stomach flu. Some schools in the area, including Pleasant View Elementary, have sent letters to parents warning them of the outbreak.

School officials say in the past couple of weeks, absences  have continued to grow.

"Typically I don't have to send any kids home, but lately it's been five or six every day," Zupancic said as she treated one of the kids in her office.

Not all classrooms are being struck with the bug.

In Marlise Bosman's sixth grade class at Hopewell, they've found a simple equation to help prevent the virus from spreading.

"Every day, I wipe down the classroom's doorknobs and I have the students help me wipe down keyboards," Bosman said.

She said her colleagues have reported a high volume of absences, but her class has remained relatively healthy.

For anyone who is sick, healthcare officials recommend staying home and drinking plenty of fluids.

Hopewell Elementary's policy says, "Students who have a temperature over 100 degrees Fahrenheit, or any vomiting or diarrhea," should stay home from school.

Throughout the Midwest, healthcare providers and schools have seen an inflation in flu-like cases. In Chicago's suburbs, hospitals are temporarily banning visitors under the age of 18.

Healthcare officials want to remind people that it's still not too late to get a flu shot.

Related: Why you shouldn’t skip the flu shot, even if you hear it might not work