Stitch by stitch, this Moline boy is making a difference in other kids’ lives

Traven’s grandparents will deliver the pillows to St. Jude’s Children’s Hospital in Peoria. 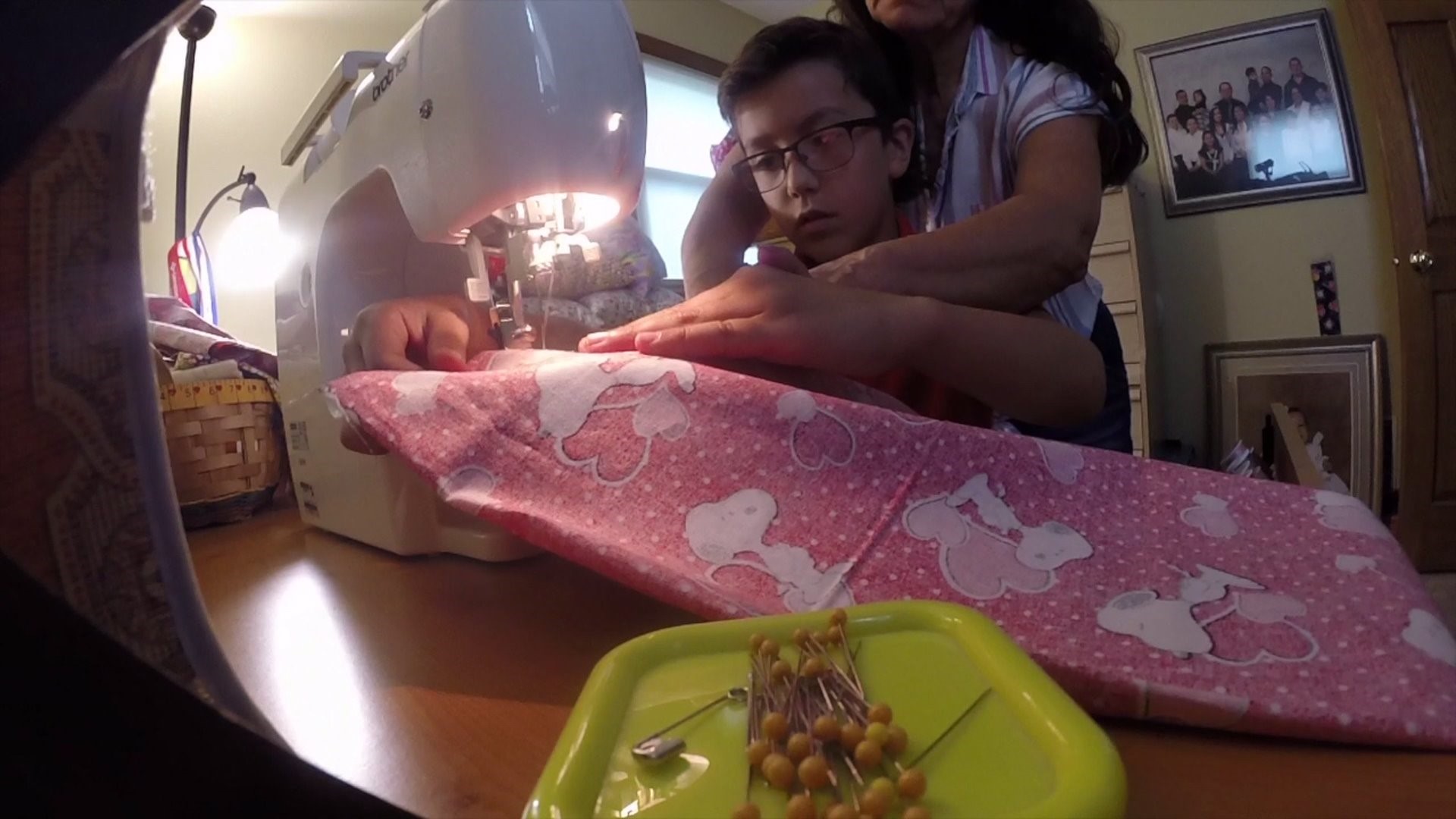 "I do my homework and then after that I go on my tablet or watch television," Hulett said.

Traven also spends his time after school and on weekends sewing. But, he isn't just sewing for fun. He is sewing with a purpose.

"He said to me 'I want to sew pillows'," Traven's grandmother Pat Underwood said. "He said he wanted to donate them to a hospital."

"I just have a normal white pillow," Traven said. "Compared to a nice colorful pillow, it would just make me really happy."

Stitch by stitch, Traven's trying to make a difference.

"My third grade teacher, Mrs. Lavin,  read us an article about a kid that made pillows for other kids in need," Traven said. "That just gave me the idea to make pillows for kids at the hospital."

After a few lessons, he learned to sew from his grandma. She still helps him guide the fabric, but says this is something he likes to do by himself.

Traven used some of his own money to buy the fabric, but his teacher. Mrs. Lavin, also donated $40 to help Traven continue his passion project.

"He's just that kind of little kid," Underwood said. "I know he has a little something in his heart of why he's doing what he's doing. He could be outside playing."

"It's exciting and fun," Traven said. "Except for the part where you have to stuff them, because it's kinda hard to get the corners."

"One thing Traven said to me was 'I want to be able to make a pillow for everybody there," Underwood said.

"I'm happy that I accomplished it," Traven said.

Hospital rules wont allow Traven to deliver the pillows to the patients until he is 16 years old, so his grandparents will be making the trip to St. Jude's Children's Hospital in Peoria on September, 27th, 2019.