How Monday’s eclipse will affect your pet

AUGUST 21, 2017– Humans might not be the only ones reacting to the dramatic changes in the sky this Monday. Your pet may be affected, too. Although astron... 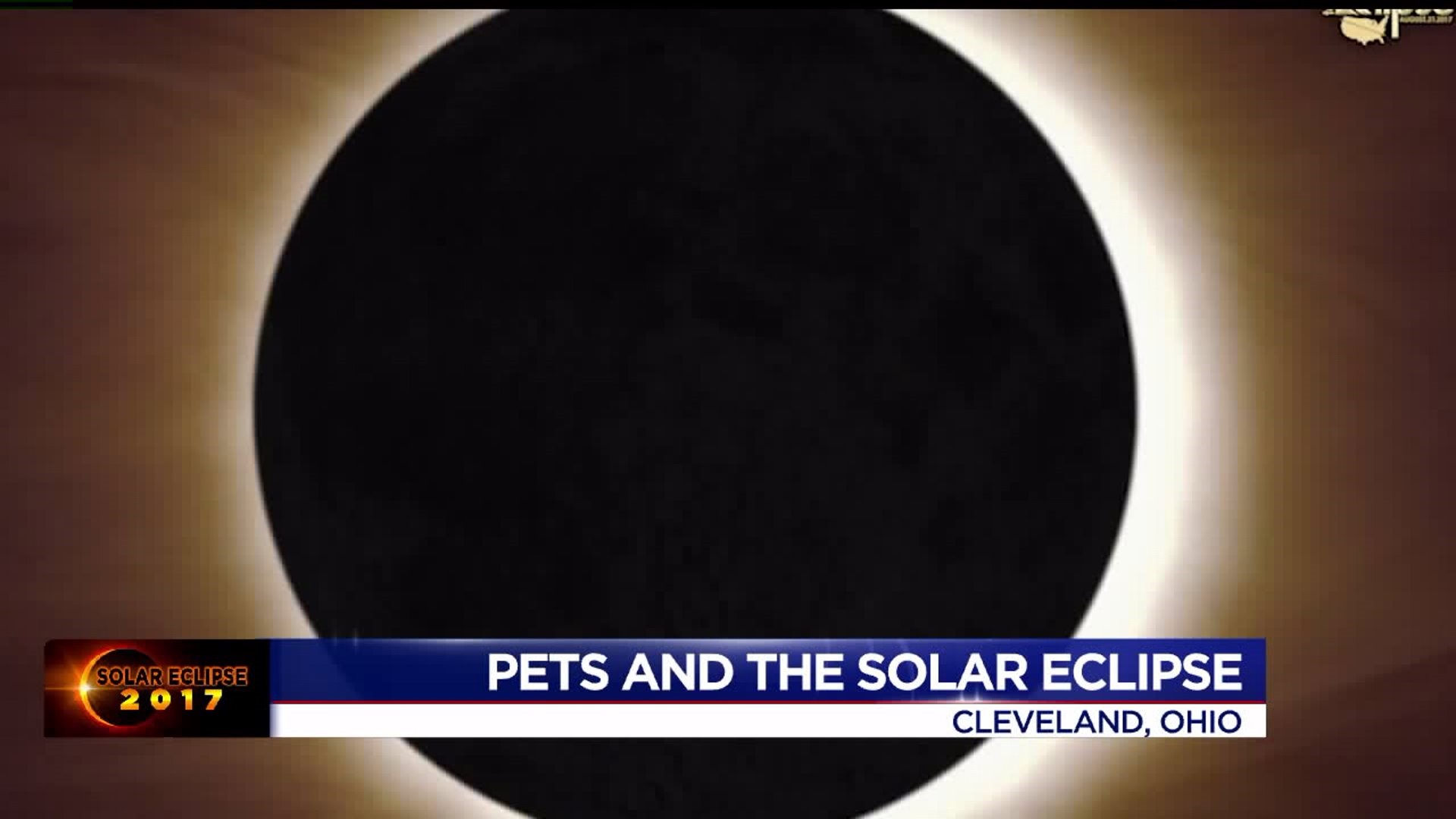 AUGUST 21, 2017-- Humans might not be the only ones reacting to the dramatic changes in the sky this Monday. Your pet may be affected, too.

Although astronomers have been studying the phenomenon of a solar eclipse for hundreds of years, they still don't have definitive knowledge of how animals will react to it.

Veterinarians believe most animals and birds will react to a total or partial eclipse much like they do to nighttime; cows will return to their barns and crickets will chirp, but what about house pets?

Animal hospitals say they've been getting lots of calls from pet owners asking for preventative prescriptions to treat anxiety, like sedatives or tranquilizers. Vets say those likely won't be needed.

"Dogs and cats don't normally look at the sun," Dr. Evan Morse explained. "It's something they don't do under normal conditions, so I would not expect them to look at the sun during this phenomenon."

People are advised to wear protective glasses, but as far as pets are concerned, vets say they'll be pretty hard to keep on your animal.

The best advice they give is to keep your pets inside, with the blinds closed.

The whole eclipse is only expected to last two and a half minutes after all.

WQAD News 8 will have team coverage of Monday's solar eclipse. Denise Hnytka will be heading south towards Carbondale, following the path of the total eclipse. Meteorologist James Zahara will be tracking the event locally.