EAST MOLINE, Illinois — The Quad Cities is home to manufacturing giants like John Deere and, on a smaller scale, KVF Quad Corporation, a manufacturing company i... 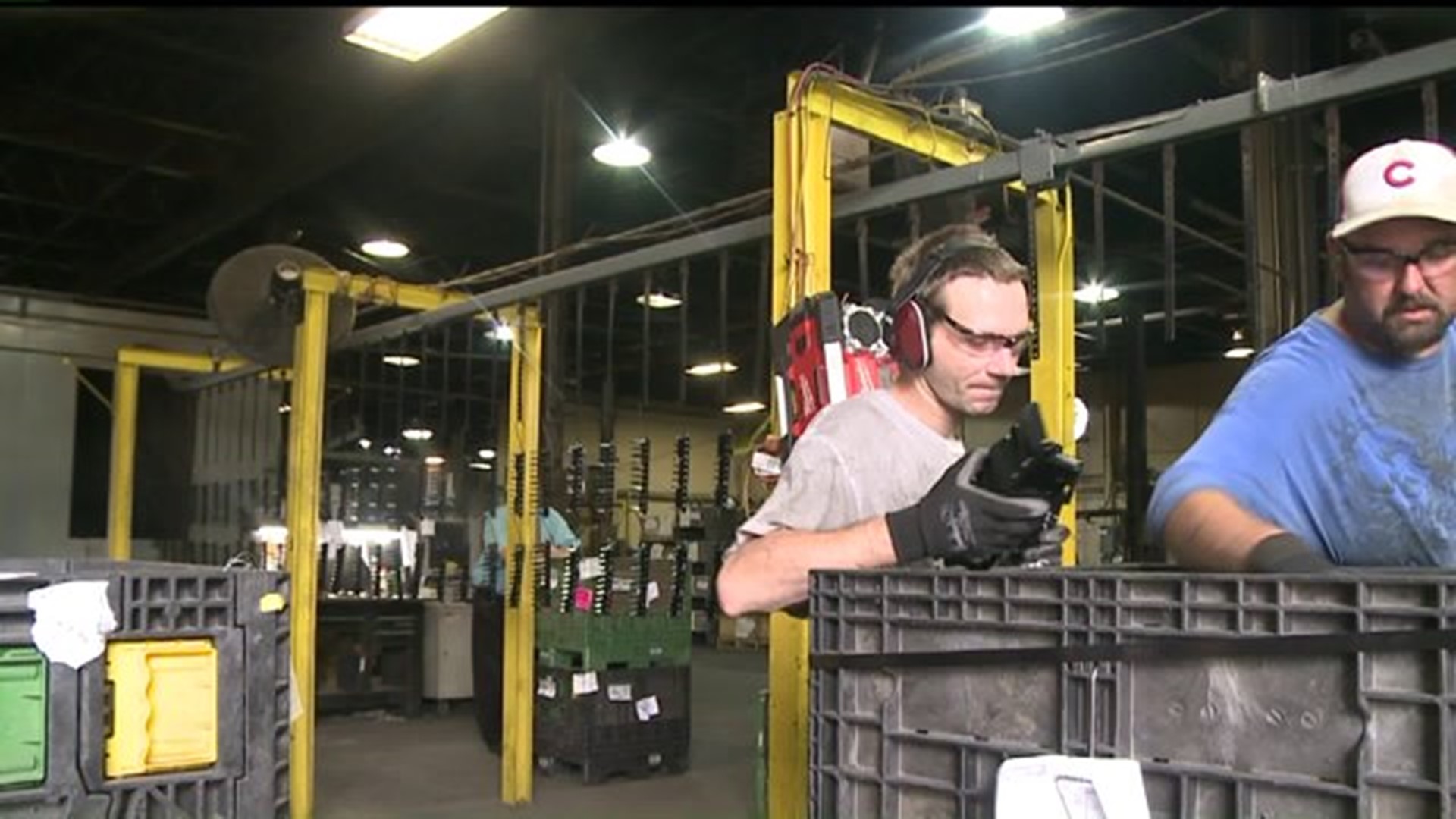 EAST MOLINE, Illinois — The Quad Cities is home to manufacturing giants like John Deere and, on a smaller scale, KVF Quad Corporation, a manufacturing company in East Moline.

When companies like John Deere suffer, so too does KVF Quad Corporation, which does a lot of business related to the Ag industry.

"When their production rates go down, we obviously feel that," said Eric Davis, KVF Quad Corporation General Manager. "There's no way around that. When they're laying off as many people, we see a decrease in the amount of parts that come in or the frequency that they come in," he said.

"As we've grown, things have been fairy successful and when there was a recession here in the Quad City area we still survived pretty well because we were still in the growing mode. Now that we're a mature company, it's a little bit tougher," said Michael Crotty, KVF Quad Corporation President and CEO.

The East Moline company serves about 600 companies, many of which serve larger companies like John Deere.

According to the Bureau of Labor Statistics, the manufacturing sector is projected to experience the largest loss of any sector. A projected loss of 814,000 jobs from 2014 to 2024 would reduce manufacturing employment to just under 11.4 million.

As for surviving the tumultuous manufacturing environment, Davis and Crotty agree; the key is the ability to change and going hard after sales.

"Well first and foremost, you do the basics right," said Davis, who started working for the company on the powder coating line when he was 18 years old.

He says the company is aggressive when it comes to sales and getting their costs down.

"You have to look inward the entire time, say, you know, what exactly is this costing us? What is this process going to achieve at the end of the day," he said.

One of KVF Quad Corporation's customers is East Moline Metal Products, which announced in August, 2016 that it would be shutting its doors.

"It's going to effect us," said Crotty, adding that business from East Moline Metal Products is a "pretty good chunk of money' that KVF Quad normally brings in. Crotty said a lot of the work for Caterpillar Inc., Case IH, New Holland Agriculture is going to be moved out of the area.

"We'll try to follow it to do our best that we can and see if we can still maintain that type of business," said Crotty.

Despite the ups and downs of manufacturing, Crotty says, he's enjoyed his career.

"It's interesting. Every day is a new challenge and something new. Every time you hear the phone ring, something's going to pop up and somebody wants something different," said Crotty.