How a Rock Island cat is helping sell a home

Amanda realizes her strategy isn’t purrr-fect for every buyer, but she’s willing to take that chance. 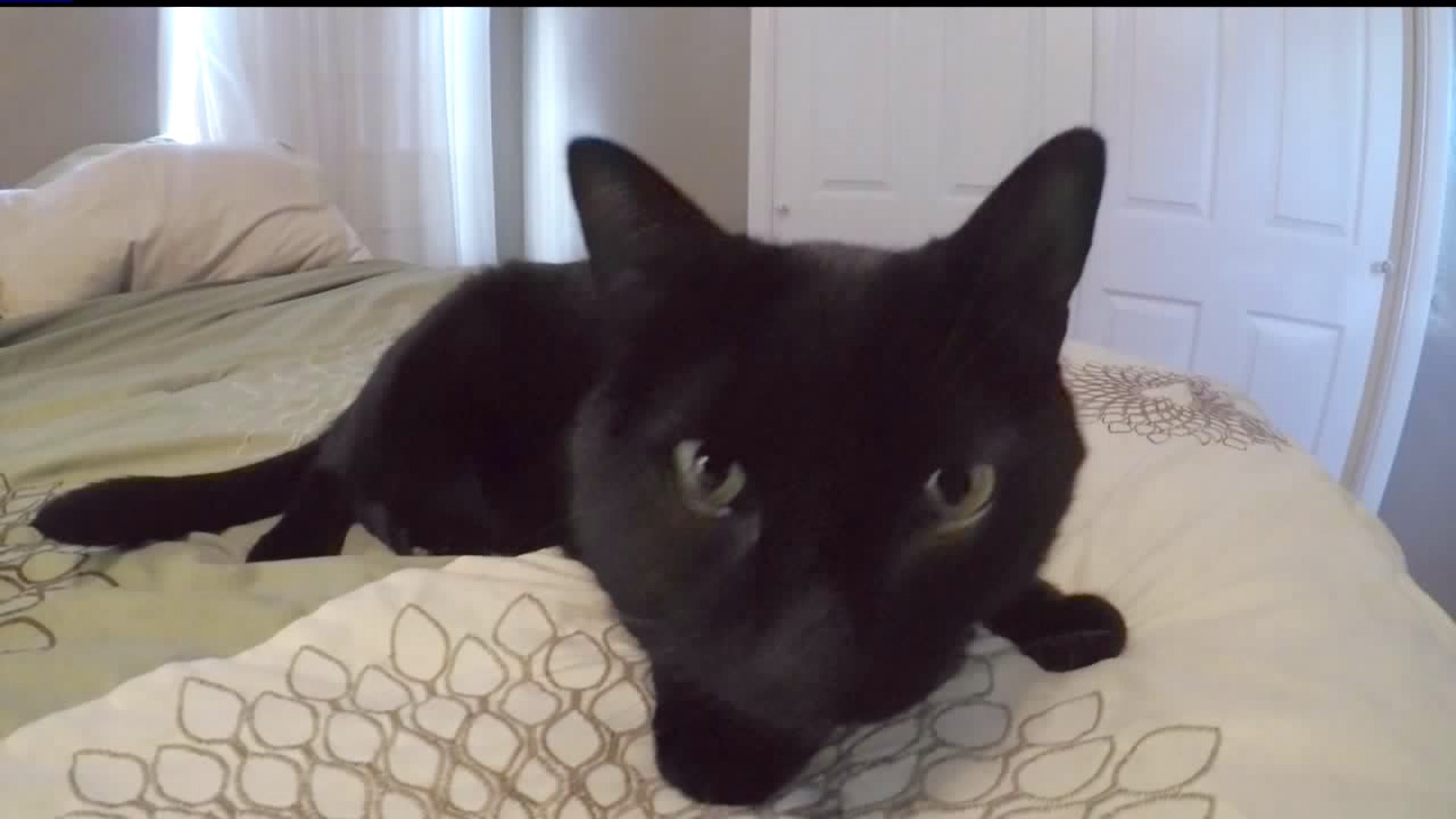 ROCK ISLAND-- Prices are good, interest rates are low. That's why one Quad Cities realtor says if you're selling a home, it's important to stand out, so she's using a cat named Officer Meow Meow.

If you're looking to buy a home in the Quad Cities, you don't have to look far.

"This price-point, especially in Rock Island, is a big price-point. There's a lot of inventory," says realtor Amanda Hodge.

If you're looking to sell a home though, you're going to have to get creative, and that's exactly what Amanda did.

Meet this four-legged feline turned marketing attraction, a black cat named Officer Meow Meow. He lives in this home on 38th Street in Rock Island with his mom, Ashley King.

Follow Officer Meow Meow around, and he'll show you everything you need to see.

When this homeowner and cat lover chose Amanda to sell her home, Amanda thought outside the litter box and wrote the listing description in a cat's point of view.

"Officer Meow Meow invites you to tour this 3 bedroom, 1 bath bungalow near Augustana College. If he could speak your language, he'd tell a tail of the times he spent perched in the window sill while bird watching & of the feline of the warm sun in the natural light that is throughout the home. There's ample space for your workout equipment if you are (c)athletic, or if hospitality is your thing - invite all of your furr-ends over and dine in the formal dining room while eating fruits and veggies picked from your own garden. This home is purr-fect for just about anybody, and we're not kitten around! UPDATES in the last 5 years include: roof, electrical, insulation, sidewalk, furnace and water heater. A/C and kitchen remodel is believed to be about 11 years old."

In the listing photos, Officer Meow Meow is also featured lounging on the master bedroom bed.

Amanda realizes her strategy isn't purrr-fect for every buyer, but she's willing to take that chance.

"There's always a risk involved when you do things differently than what other people are doing. But the fact of the matter is, if we aren't creative, nobody's going to look at it," says Amanda.

But it's already drawing in two-legged creatures.

"As people call, they''ll say that's so creative! Is the cat going to be there? Do I get to meet the kitty?" says Amanda.

The house at 1208 38th Street is on the market and,  it's for sale. But Officer Meow Meow is not included. But if you do buy the home, Ashley says she will pay the fee if you adopt a cat at a shelter.