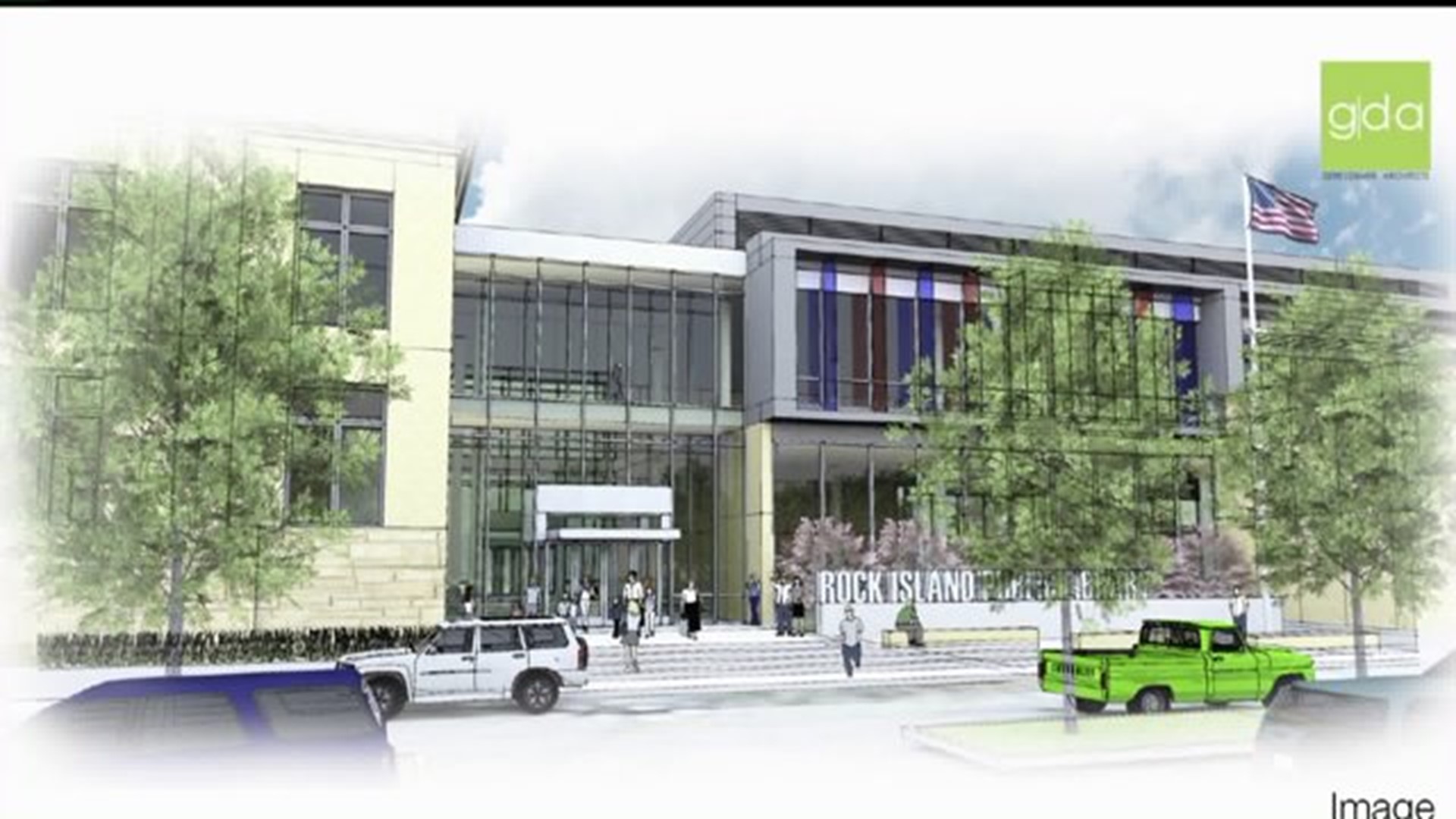 Early images from Gere/Dismer Architects show a glass entryway that would connect the historic, original building to a brand new addition. The renovated library would be nearly one-and-a-half times the size of the current building, going from 33,000 square feet to nearly 50,000 square feet of space.

The Rock Island Library's board of trustees plans to close the city's two branches -- the 30/31 Branch on 30th Street and Southwest Branch on Ridgewood Road -- after making improvements to the main building downtown.

"Currently, it doesn't give a feeling of welcome, and we really want to give people that feeling. We don't want them to come in, get their book and leave. We want them to come in and hang out, go to the different spaces that were discussed tonight, and enjoy the building. It's a destination," said library director Angela Campbell.

Board members have chosen to focus on the main library and close the two branches due to financial difficulties. Campbell said the library has had a deficit budget for the past five years.

"Nobody ever wants to close a library. It's just the harsh reality. When those buildings were built, 40-plus years ago, Rock Island was a lot larger city. We had a bigger tax base," Campbell told News 8 in June.

Campbell said the goal would be to open the renovated downtown library in 2020, which would mean starting construction in 2018.

However, the board needs to first conduct a fundraising study to see if its plans are feasible.

That study is planned for next year.