MidAmerican Energy has contracted some high line maintenance work on transmission towers along the Mississippi River. A highly-trained crew of linemen could be ... 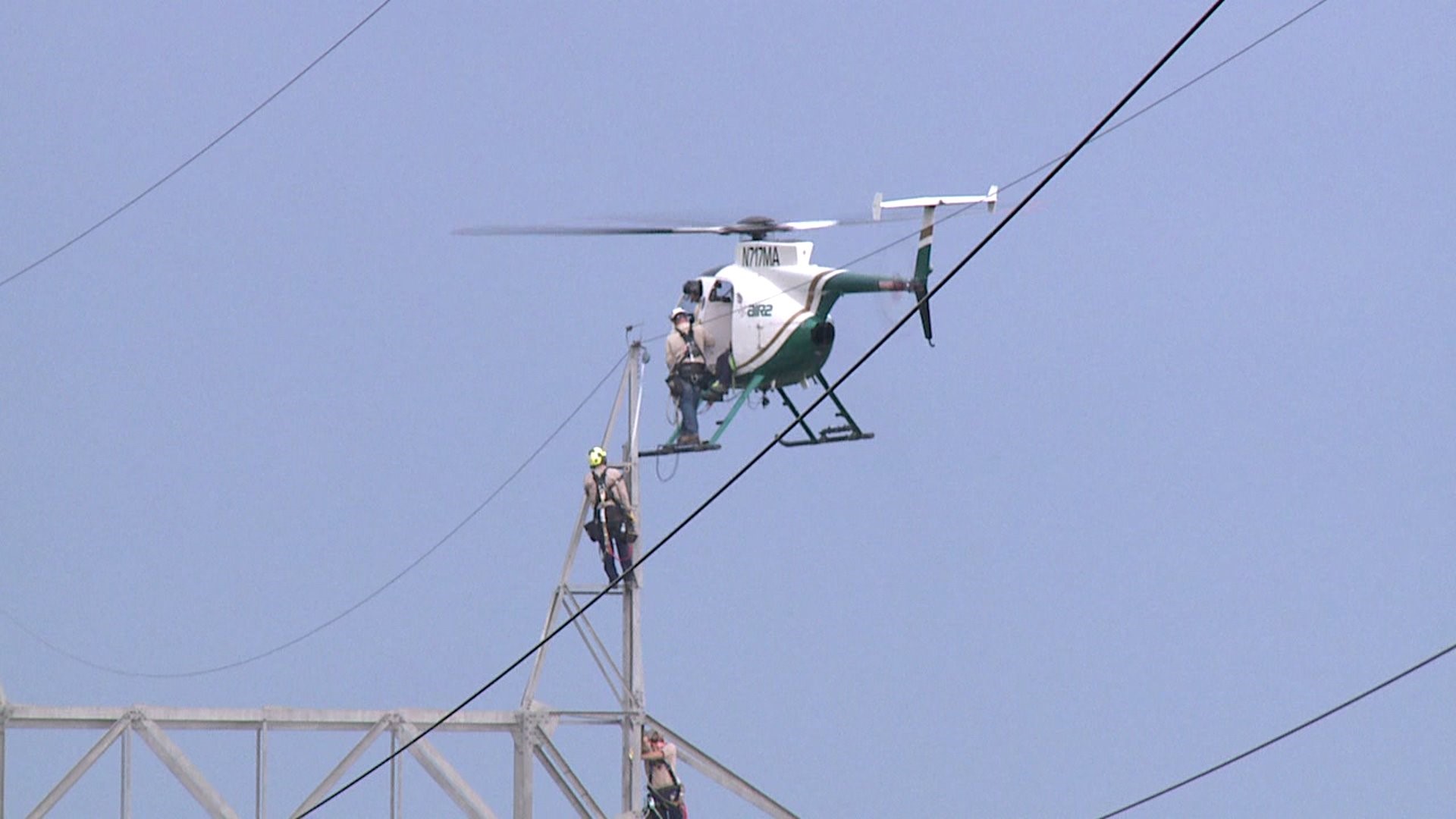 MILAN, Illinois -- MidAmerican Energy has contracted some high line maintenance work on transmission towers along the Mississippi River. A highly-trained crew of linemen could be seen on Friday flying up to the towers by helicopter, leaving several onlookers staring up into the sky in awe.

"I'll tell ya one thing, those guys have a lot more guts than I got," said 88-year-old Charles Brandt, who owns the muddy cornfield just outside Milan the contractors use as a landing zone and staging area.

For the linemen, it's just another day on the job.

"I mean it takes a certain person to be willing to hang from a helicopter and be flown across a cornfield and 250 feet in the air to do their everyday work," said Andrew McNamara, an engineer for MidAmerican Energy.

Coming from across the country, they will be in the Quad Cities for just a few days to replace the insulators on the transmission towers. Each insulator weighs a couple hundred pounds, making it too heavy for a single person to carry up a tower but a cinch for the Hughes 500D helicopter.

"It's kind of like the Ferrari of helicopters, you could say," said Shane Gross, another engineer for MidAmerican Energy.

The helicopter transports personnel, materials and tools like a movable walkway with ease. Still, the sight of the men flying to and from their job site

"They’re carrying people out there and dropping them off. I can’t believe what I see," said Brandt.