Two miles of River Drive in Davenport closed due to flooding

The Mississippi River is expected to crest on Monday, March 25 at eighteen and a half feet. The river is three and a half feet above it’s 15 foot flood st... 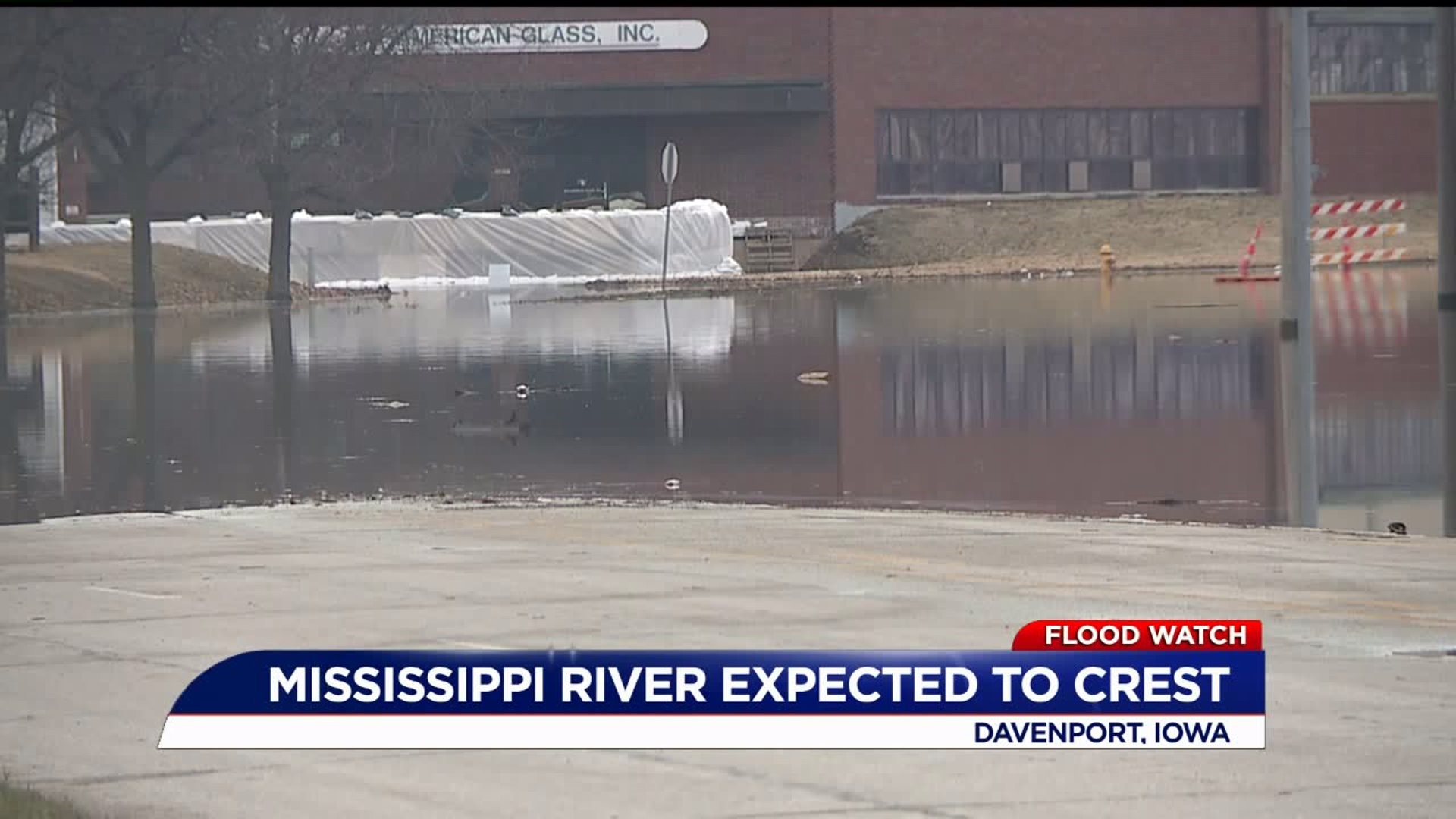 DAVENPORT, Iowa-- The Mississippi River is expected to crest on Monday, March 25 at eighteen and a half feet. The river is three and a half feet above it's 15 foot flood stage and that water isn't expected to go down anytime soon.

Downtown Davenport is seeing the worst of the flooding here in the Quad Cities.

"Mississippi River is high and is expected to remain high likely into May, at this point. And this is a a result of snow melt across Minnesota and Wisconsin. The snow crest peak along the Mississippi river from Dubuque down to the Quad Cities and Gregory Landing is projected right now in that heading into mid-to late April timeframe," said Mike McClure, National Weather Service Meteorologist.

The river will hover around the major and moderate flood stage for the next week.

The American Red Cross is urging people who could be impacted by the flood to pack an emergency kit and make sure everyone in the house knows what to do in case of a flood.