General Manager Robert Egger said the new design would make better use of its surroundings, like the Marquis Marina or the bike path.  He described it as having...

MOLINE, Illinois — Management is pushing to rebuild the Captain’s Table restaurant to replace the original, which was destroyed in a fire.

In mid-April 2018, three months after the accidental fire, renderings of a bigger and better design were unveiled to the public.

Watch: Captain’s Table in Moline being torn down after fire

General Manager Robert Egger said the new design would make better use of its surroundings, like the Marquis Marina or the bike path.  He described it as having an “Ozark-y” feel.

“It’s more about having a place that’s going to be more utilized,” he said.

The first floor would have the same amount of seating as the original restaurant.  Egger said the goal is for each seat to be placed in view of the river.  The first floor includes an outdoor patio, encased in glass and the ability to open up to the outside as well as a lounge.

The second floor includes an observation deck, a glass room for private parties or meetings, a second patio, and a fire pit.  Egger said the second floor would also have space for guests to wait for tables.

Egger said the design was morphed from plans he had previously made for the Paddle Wheel in Bettendorf, which he used to own.  In April of 2017, after the Paddle Wheel closed, Egger started running the Captain’s Table.

“We worked really hard to rebuild the business,” he said.   When he took over, about $50,000 to $100,000 was invested in the Captain’s Table as part of a renovation project “to give it a new look and feel.”  He said they only got about halfway done before the fire.

The property that houses Captain’s Table is leased from the City of Moline, management has to get approval from the council before going ahead with construction.  Egger said they hope to be up and running by the first quarter of 2019, with the goal to break ground by summer. 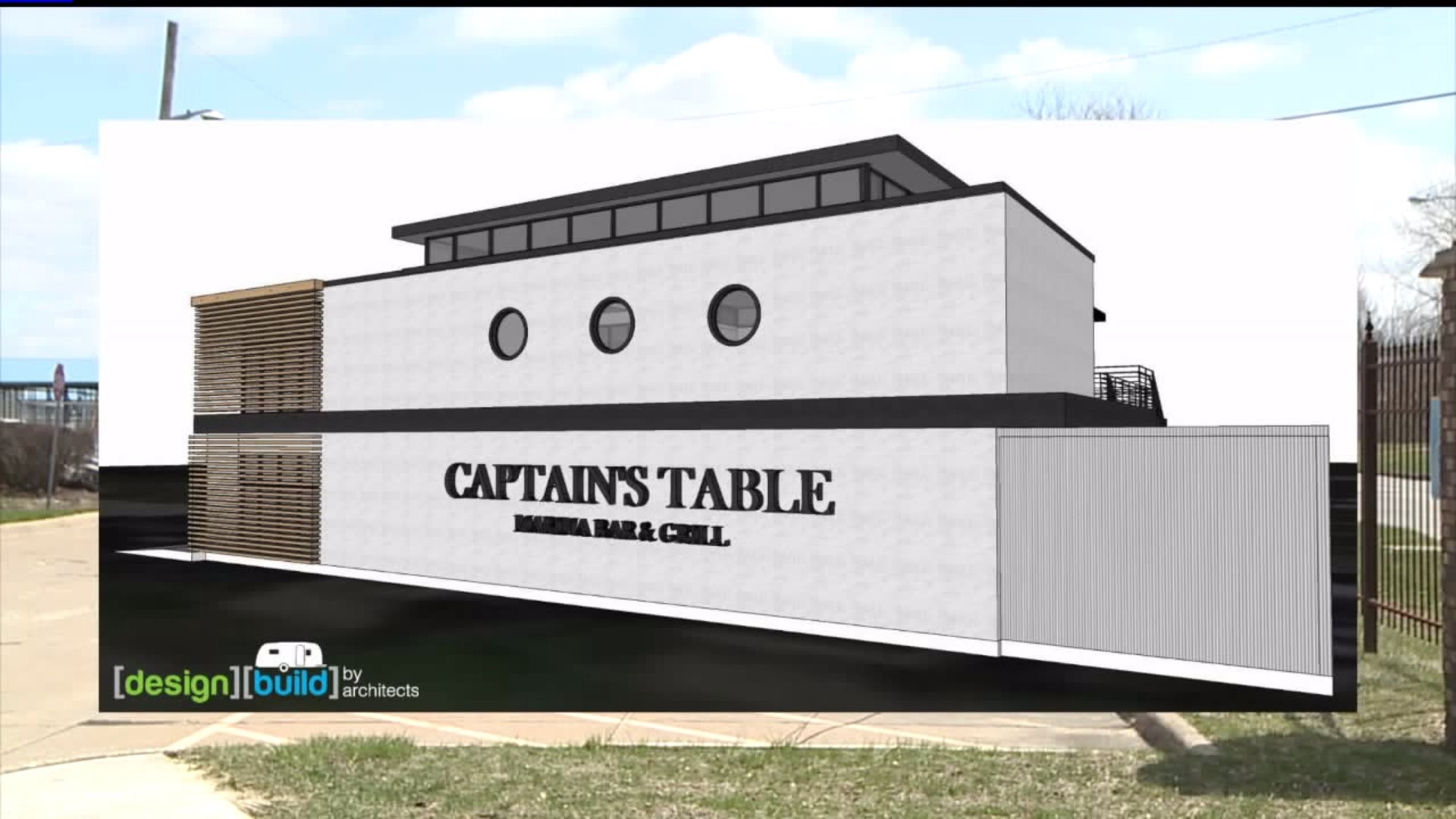