Hours after a stolen SUV crashed into a bar at Warren and 2nd Streets, cleanup was underway. 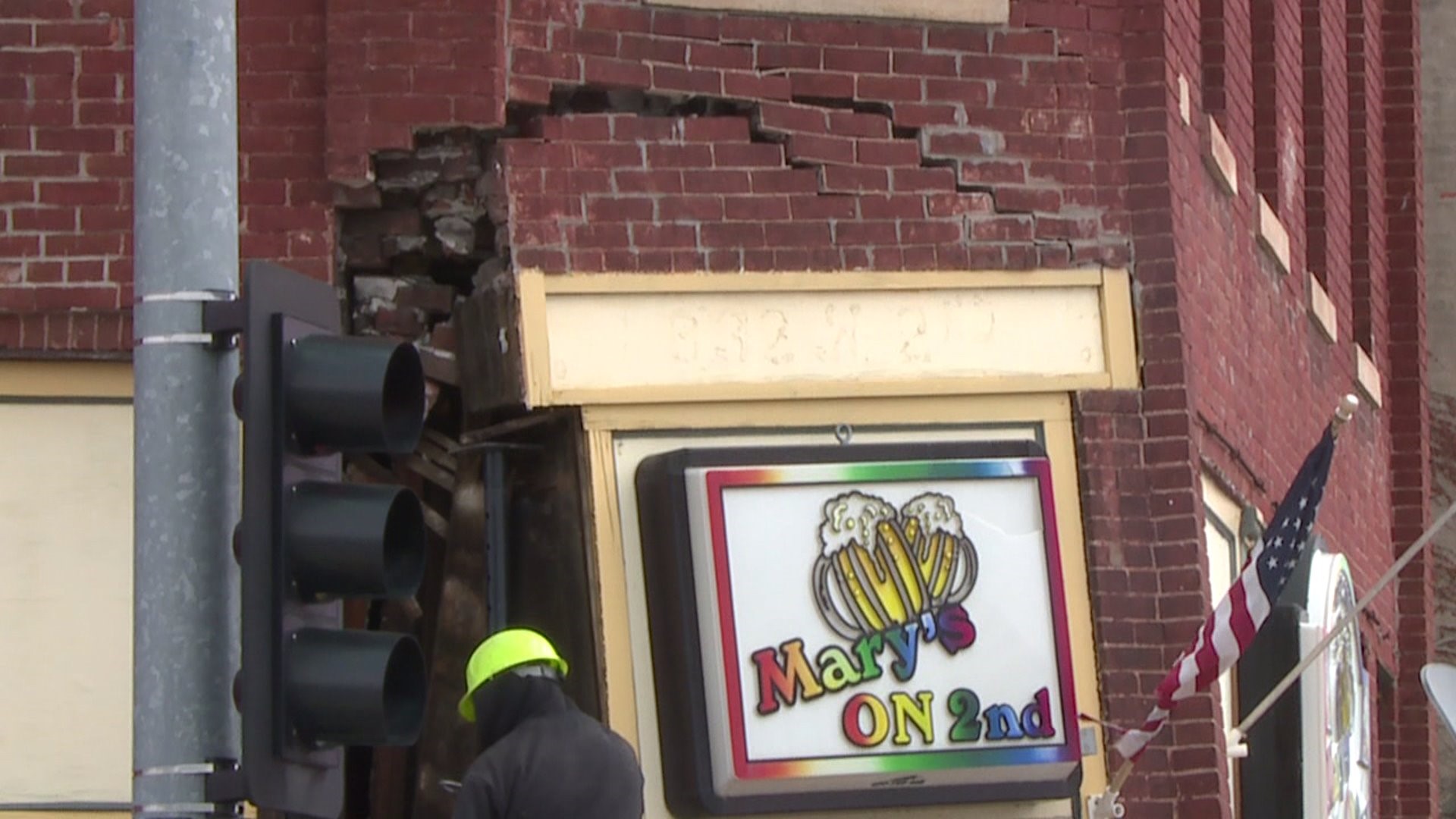 DAVENPORT, Iowa -- Hours after a stolen SUV crashed into a bar at Warren and 2nd Streets, cleanup was underway.

It was around 2:20 a.m. Friday, April 6th when the SUV crashed through the front door of Mary's on 2nd, according to the Davenport Police Department.   When police arrived on scene the driver had fled and has not been identified.

Only one person, a bartender, was inside when it happened.  He told News 8 that he saw the SUV crash through the front, but was able to escape out a back door, unharmed.

"It could have turned out a lot different," said the owner Bobby Stansberry, "but thankfully no one was hurt."

The building has severe damage, with bricks forced out of place and the structure surrounding the front door in shambles.

Stansberry said he was devastated by the incident.

"This is our livelihood," said Stansberry. "We don't know what we're going to do."

He was working with insurance but unsure whether fixing the building was an option.

"Hopefully we can reopen, but if not - and the option is there, we'll reopen in another location, if that's what it comes down to."

Mary's on 2nd has been around for nearly two decades, and sits just a couple blocks west of the Centennial Bridge.