Hear from “FedEx Man,” who stopped protesters from burning a flag

IOWA CITY, Iowa– A FedEx driver who prevented a flag burning in Iowa City says he doesn’t want to be called a hero. Matthew Uhrin stopped a group of... 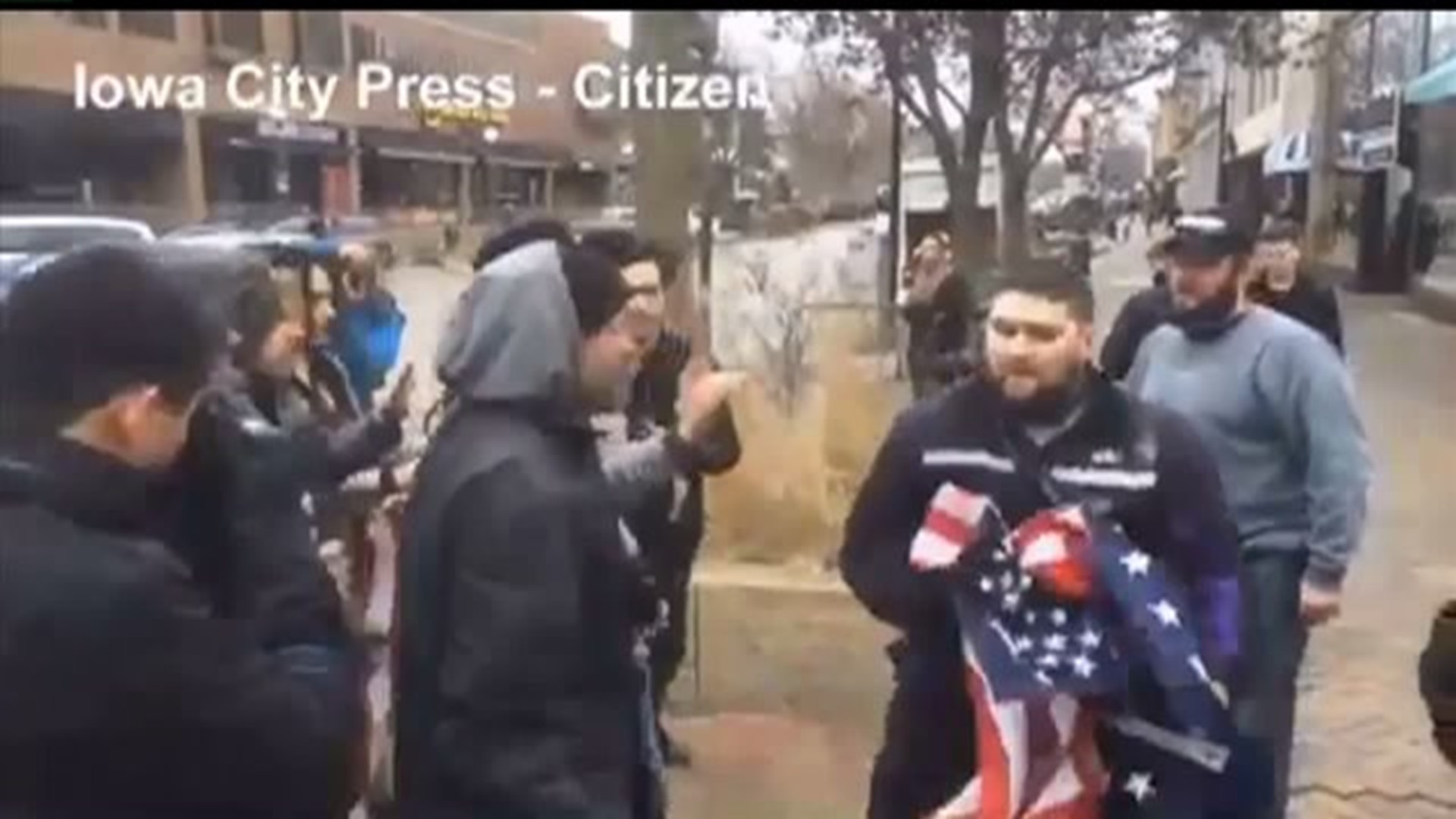 IOWA CITY, Iowa-- A FedEx driver who prevented a flag burning in Iowa City says he doesn't want to be called a hero. Matthew Uhrin stopped a group of protesters who tried to burn two U.S. flags Thursday. Video of the incident went viral, but Uhrin, who is an Army veteran, says he doesn't want the attention.

In his first interview, Uhrin explained, "I don't believe that I deserve the praise. I never wanted it. It's humbling."

A group of protesters, who say they were demonstrating against the Dakota Access Pipeline and the Trump administration, started burning a flag near the University of Iowa's pedestrian mall. That made Uhrin angry and sad. He remembered, "It really hurts when you see (the flag) disgraced. I think that's why everybody loves it the way they do."

Even as a veteran, Uhrin says he's no hero. Instead, he says the injured or killed soldiers are the country's heroes. Because of that, he wants all the attention to be on them... not him.

Uhrin's video has gotten nearly 8 million views, leading to the creation of the social media hashtag "#FedExGuy." Uhrin was on the clock during the incident, but FedEx announced he will be keeping his job.

The protesters clarify they were demonstrating against racial and social injustice and not against veterans.