Because of Dalles’ song, he’s heard from countless families saying his words and notes give them hope. 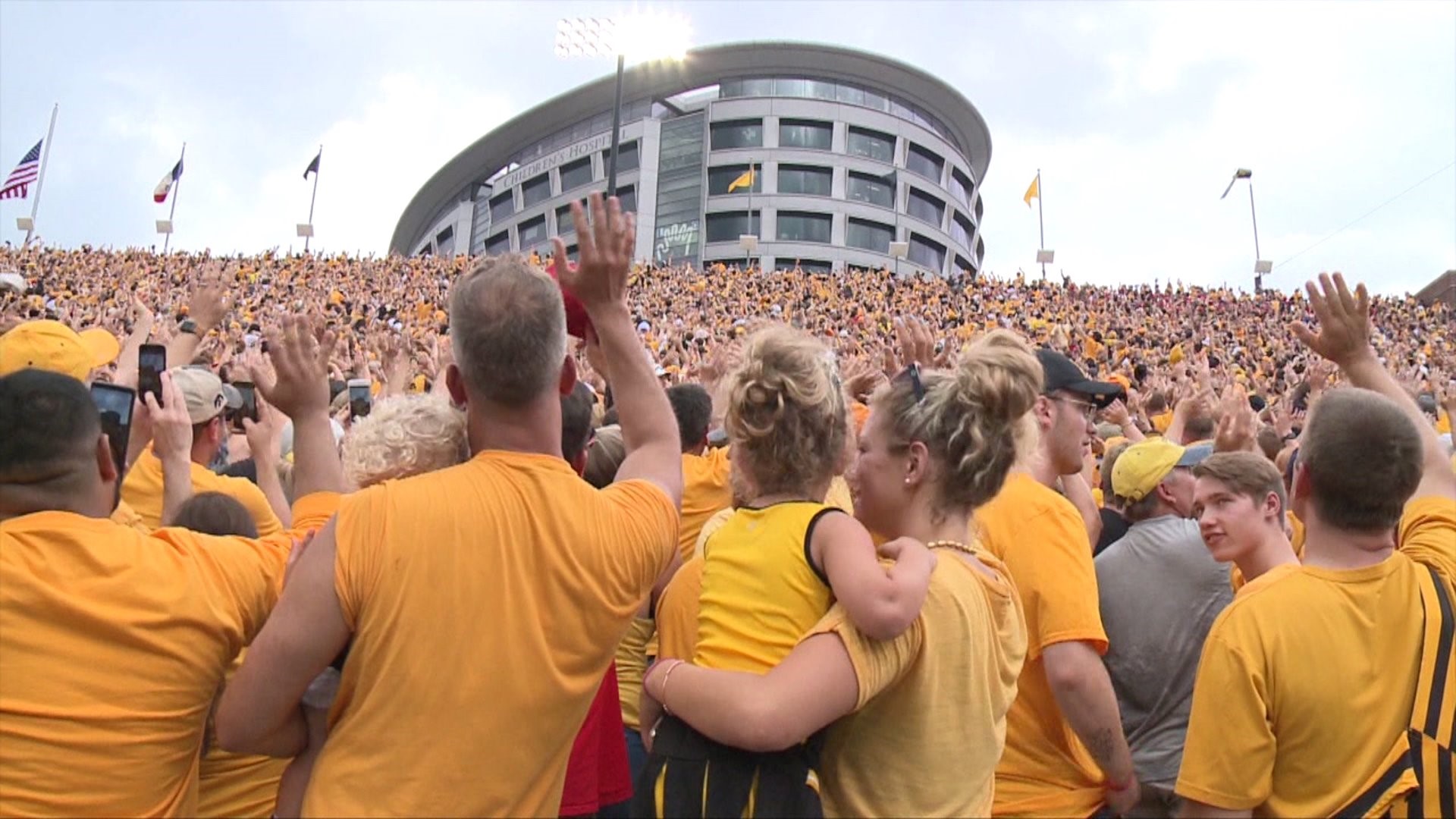 IOWA CITY, Iowa-- This week the first official practices start for football players at the University of Iowa. But one athlete has been practicing something else during the off season. And his new skill is quickly becoming a symbol of hope for children fighting for their lives in the hospital.

Wearing that black and gold was something Jacobus was practically born to do. He was 6-months old when he first saw a game at Kinnick Stadium.

Now every Saturday during the fall, you can find him, number 66, defensive tackle. But during the off-season he's been practicing something else, the guitar.

It wasn't long after he wrote his first original song called We Wave, a song about a Hawkeye football tradition, The Wave.

"It's a unique moment in football where you get everybody to stop paying attention to football and wave to the children," says Jacobus.

At the end of the first quarter, players, coaches and fans all turn to greet patients watching from the Stead Family Children's Hospital.

Because of Dalles' song, he's heard from countless families saying his words and notes give them hope.

"There are some people that the song makes them feel really happy, and that’s awesome. And I've had families reaching out to me who lost a child, and they feel sad. Then there's families that hear this and feel hope. It felt good, I didn't realize the weight that the song carried," says Jacobus.

The next time he puts on that black and gold, song in his head, families in his heart, we will wave.