Perhaps the biggest weekend in Hawkeye sports history is underway. 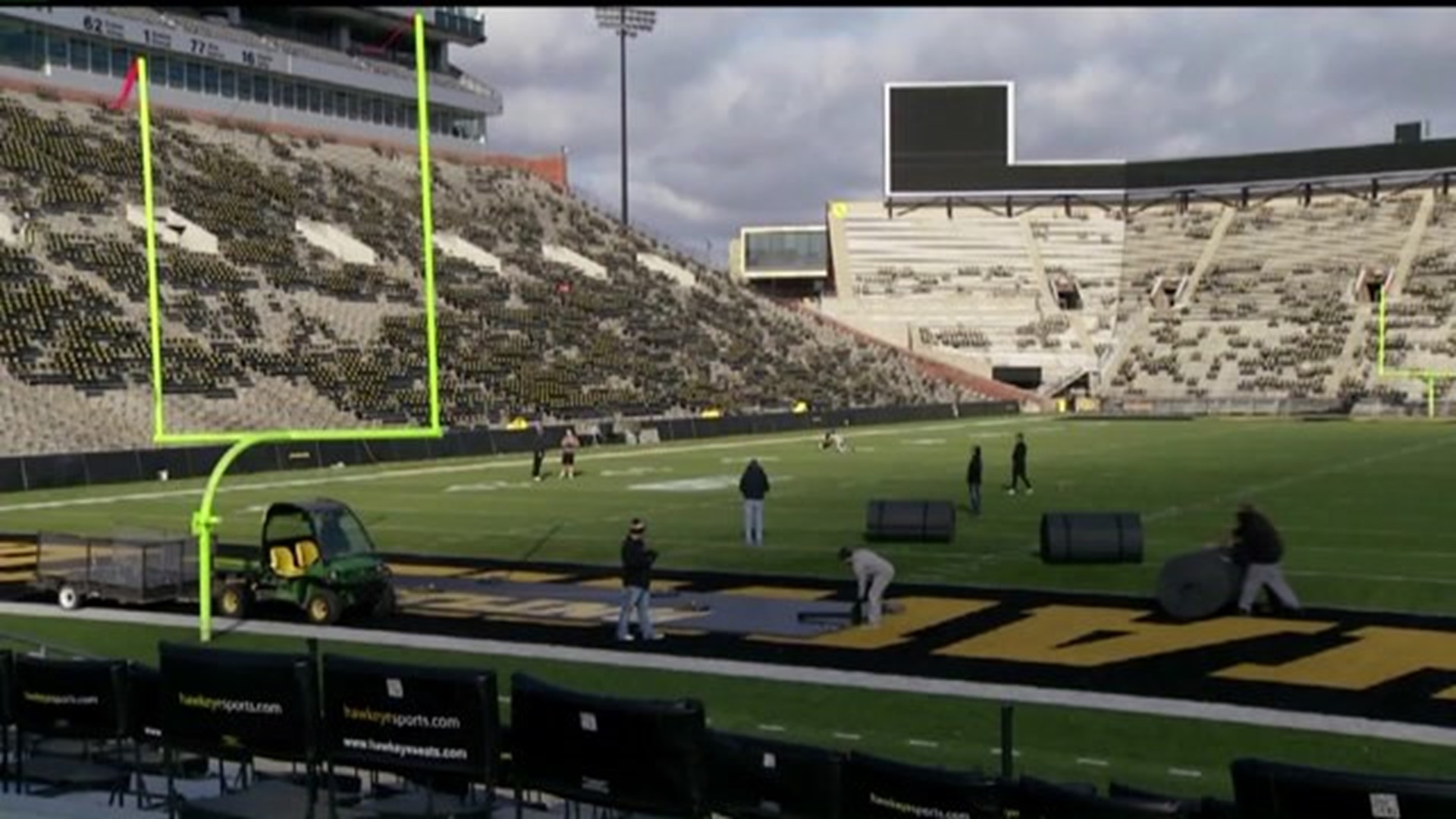 Perhaps the biggest weekend in Hawkeye sports history is underway.

It's no surprise, then, that campus is buzzing.

"It's been really cool, cause people have a lot of school spirit. Everyone's really excited," said sophomore Maggie Hindmand.

The historic doubleheader has coaches from both programs looking forward to the weekend, as well.

"Its not like we're gonna be doing anything at 11 o'clock or whenever they're going, so I think it's a great thing. It's great for the sport, first and foremost, and I happen to be a wrestling fan," said head football coach Kirk Ferentz.

And Iowa wrestling coach Tom Brands has a bit of football in his blood, too.

"I was a third string defensive back. I thought I was second string until the starter got hurt, and the coach literally looked over my head and pointed at the guy behind me," joked Brands.

More than 35,000 people have already bought tickets for the wrestling duel, and the football game that follows is sold out. By Friday evening, fans had already arrived from across the country for the ultimate Hawkeye sports weekend.

Alum David Gasway lives in Connecticut now, but made the trip to take his son on a college visit and check out the games.

"The weather's supposed to be awesome. A little chilly, but that's okay this time of year," said Gasway. "Hopefully, Hawkeye victories all the way around. What else can there be?"

The "Grapple on the Gridiron" gets underway at 11 a.m., and the football game starts at 7 p.m.