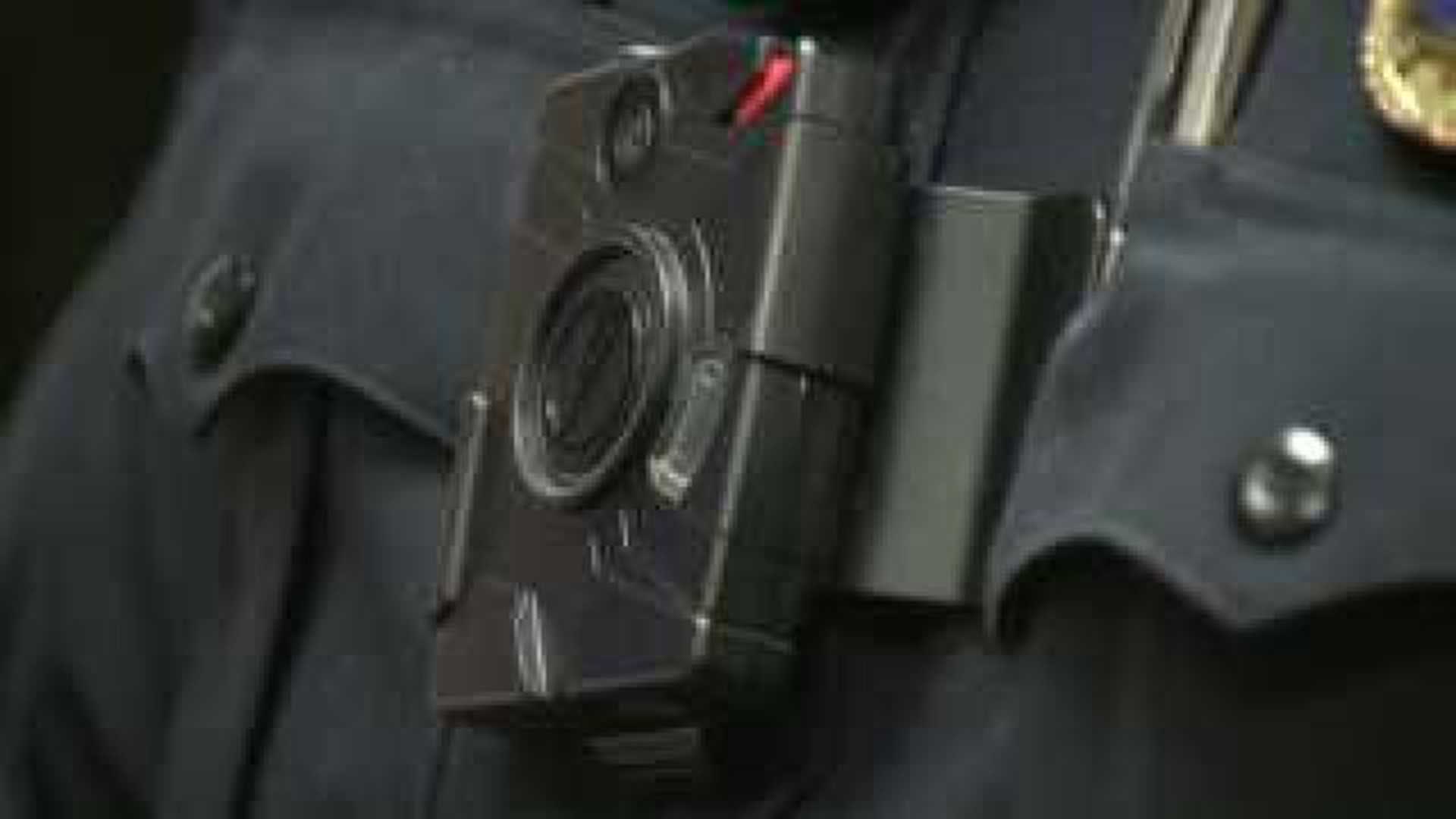 Chief Terry Engle adopted the policy in the fall of 2014, just months after an unarmed teen was shot and killed by a police officer in Ferguson, Missouri.

"There is a lot of mistrust growing out there now between the public and the police," Engle said.

That mistrust prompted his decision to order two body cameras for the 12-man police department.

The camera sits on the front of the officer's vest. While it's not always saving the recording, the camera power stays on throughout the officer's shift.

Officers press a circular button on the front of the camera to begin saving the recording. Once the button is pressed, the camera saves video starting at a point about 30 seconds prior to when the record button was engaged.

Engle said the Hampton Police Department received a grant that helped fund the purchase. The two cameras cost $399 each, and the department pays an $800 fee to store the video.

"The software allows us to dump our video in the system and review it at any time," Engle said.

Officers download their footage at the end of the shift; Engle says officers can then use the video to ensure their report is accurate.

"It allows us to do our job more effectively," Engle said.

Engle said he hopes to purchase more cameras in the future. As of December 8, 2014, none of the immediate Quad Cities-area police departments were using body cameras.