Hampton village trustees told beekeepers to buzz off. They voted Monday night to write an ordinance that makes it illegal to keep bees in town. 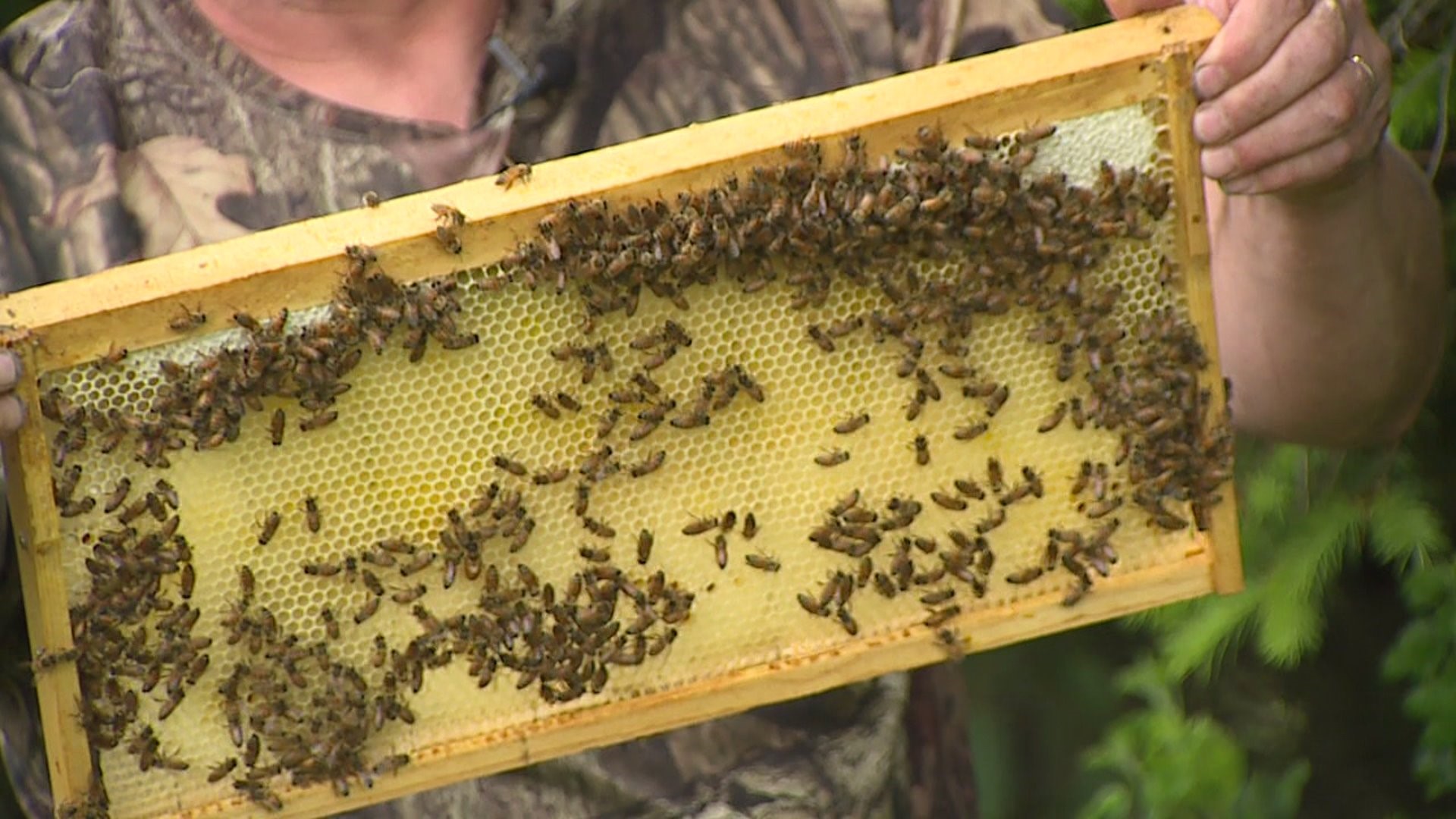 HAMPTON, Illinois-- Armed with only his smoker in hand, beekeeper Gary Anderson heads out to tend to 70,000 of his buzzing friends.

Gary has been keeping bees for five years, and now he has 51 hives total. He keeps the majority out in the country for honey harvest, but he has two in his Hampton Illinois backyard. But that's all about to change.

"I feel sorry for everybody else that wants to keep bees or have thought about it. Well, now they can't in Hampton.

Hampton village trustees told beekeepers to buzz off. They voted Monday night to write an ordinance that makes it illegal to keep bees in town.

The new ordinance stems from a neighbor's complaint. Trustees say Anderson's neighbor is worried for the safety of those in Hampton with bee allergies. She says Anderson's bees have swarmed her tree before.

But this keeper is sticking to his beliefs.

"It's a big misconception that all the bees, all they're going to do when they see you is just swarm out of the trees and attack you. It doesn't happen," says Anderson.

Anderson says the village leaders didn't do their homework. He says if they had done some digging, the buzz of danger in town would have died down.

"I live five blocks from the village hall. Not one of them trustees stopped in to see what was going on, none of them," says Anderson.

Gary says he will move all his hives out to the country land, but the decision still stings.

Hampton trustees wouldn't go on camera, but they told News 8 part of their decision was based on how close Anderson lives to Hampton School. They worried the bees would sting kids on the playground two blocks away from his house.

He says he knows of at least three other people in town with small bee operations who will be forced to move their bees.