Halloween can be deadly for pedestrians, traffic study says

Trick-or-treaters beware: Halloween can be deadly for pedestrians and children face the greatest danger. 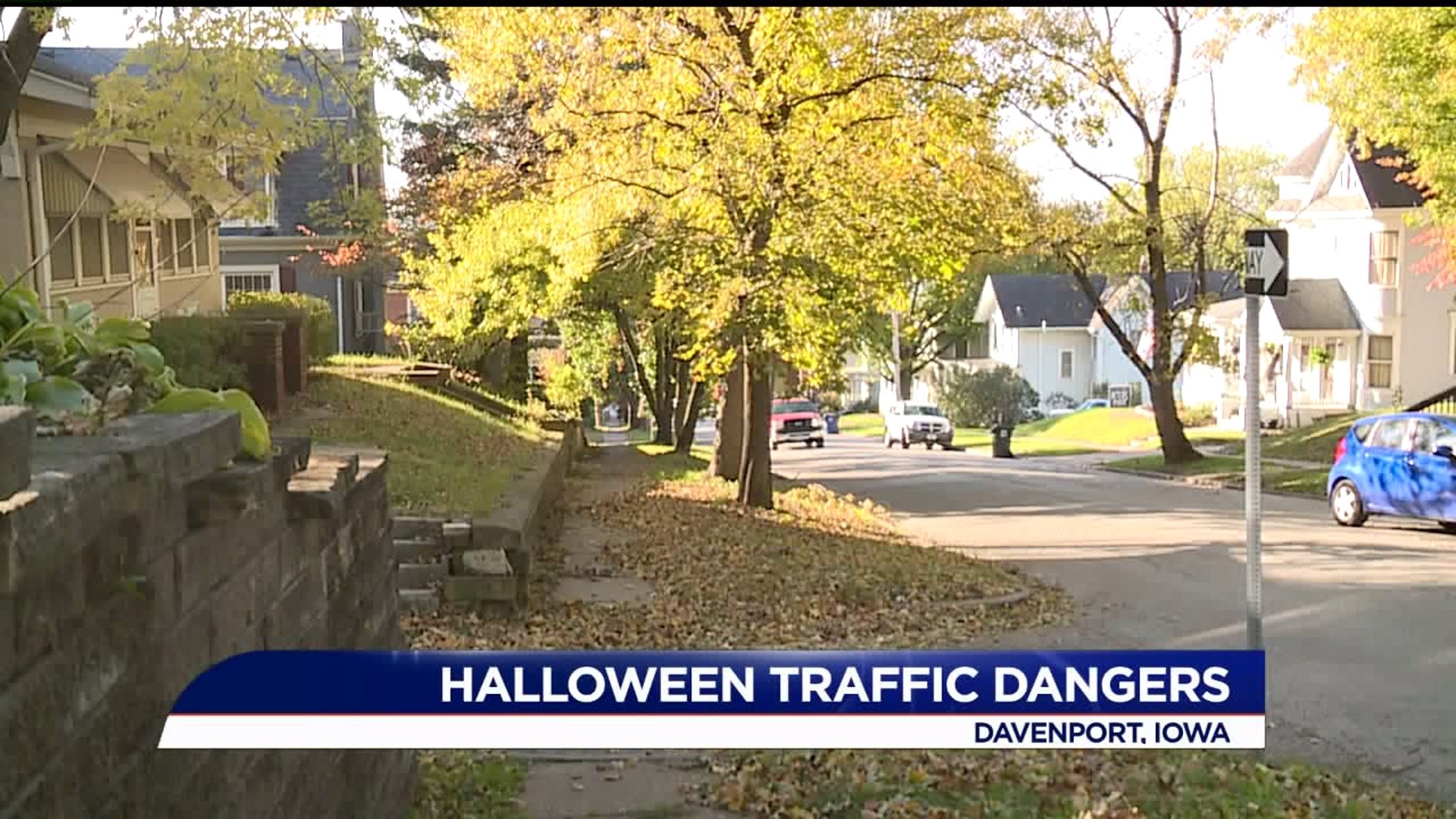 DAVENPORT, Iowa -- Trick-or-treaters beware: Halloween can be deadly for pedestrians, and children face the greatest danger.

Research published Tuesday found a 43 percent higher risk of pedestrian deaths on Halloween night than on other nights near that date.

The study was based on four decades of U.S. traffic data, including 608 pedestrian deaths on 42 Halloweens.

Canadian traffic researchers launched the study after noticing advertisements for Halloween parties posted to lampposts in their country. That got them thinking about a dangerous witches' brew: holiday revelers driving away from bars mixed with "legions of kids roaming the streets" in costume, said lead author Dr. John Staples of the University of British Columbia.

Canada celebrates Halloween, too, but U.S. traffic data is remarkably complete, so Staples and colleagues focused their analysis south of their border. The study appears in JAMA Pediatrics.

Using National Highway Traffic Safety Administration data, the researchers compared pedestrian deaths on Halloween nights with deaths on two evenings the week before and the week after. They found car-pedestrian accidents kill four more people on average on Halloween than on other days.

The findings echo a U.S. Centers for Disease Control and Prevention analysis of 1975-1996 data from the traffic safety agency.

Kids aged 4 to 8 faced the highest risks in the new study: There were 55 Halloween deaths in this age range compared with just 11 on control days.

"That age group is maybe particularly excited about Halloween and maybe in the midst of that excitement loses track of the very real danger that vehicles pose," Staples said. "They may be unaware that drivers aren't able to see them."

Deaths peaked near dusk, around 6 p.m.

Staples offered some common sense advice: Attach reflective patches to costumes, carry a flashlight or glow stick to be more visible, make sure masks don't obstruct vision, and look both ways before crossing the street.

The Associated Press Health & Science Department receives support from the Howard Hughes Medical Institute's Department of Science Education. The AP is solely responsible for all content.