Habitat for Humanity Quad Cities is growing as well as expanding its services. On Saturday, January 25th, 2014, the organization dedicated its first house of 20... 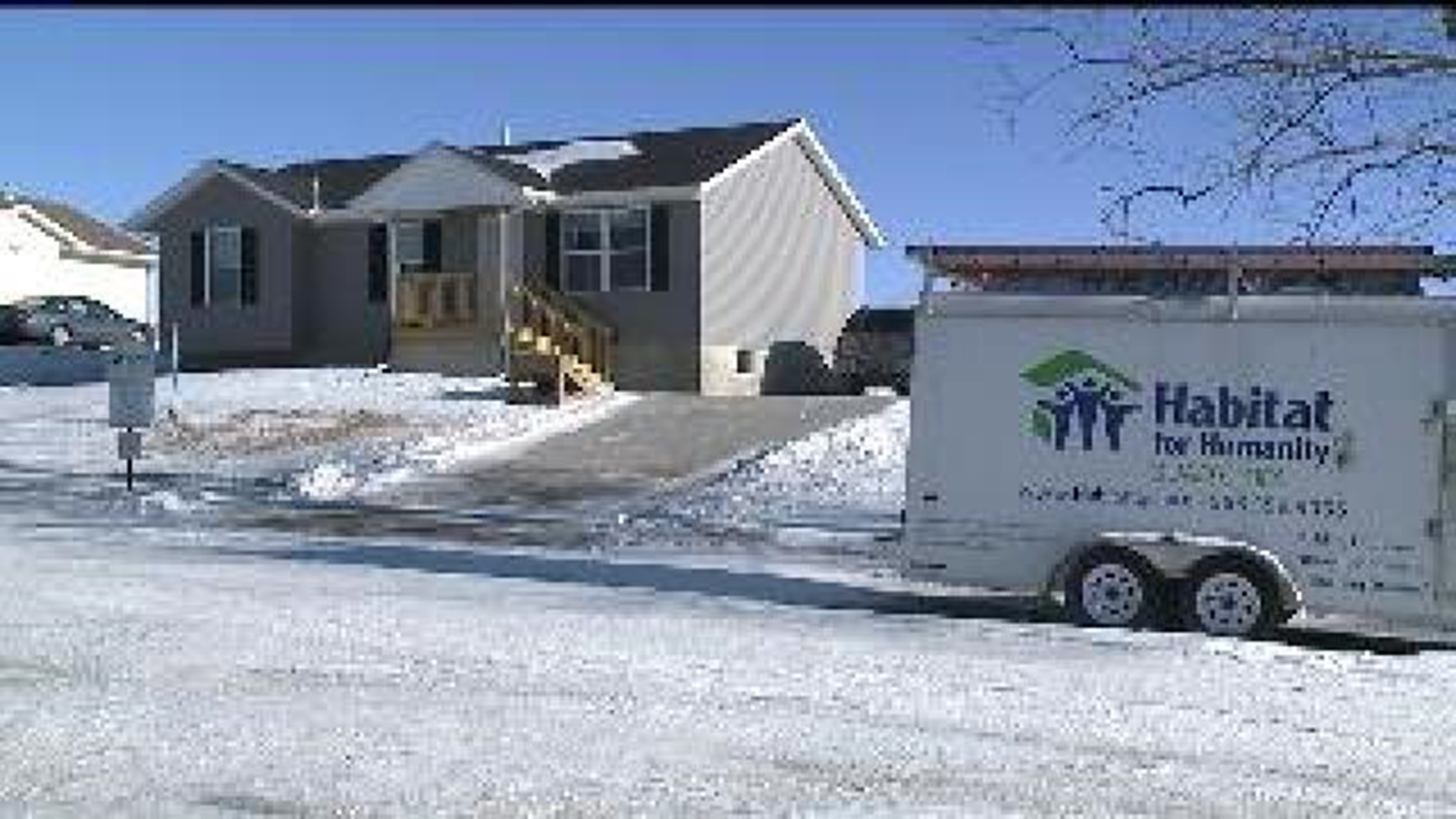 Habitat for Humanity Quad Cities is growing as well as expanding its services.

The home is located on Hoover Road in Davenport. The homeowner, LaToya Cooper, worked more than 425 "sweat equity" hours to purchase the house that she built with the help of dozens of volunteers.

"I'm beyond happy that I've made it to this point and I can't wait to move in and begin new memories," says LaToya, who also has two daughters.

Habitat for Humanity Quad Cities has also announced a new program they're going to try this year. The organization is going to rehab a home on 24th Street in Moline for the very first time.

"We think we'll be able to put a family in that home for around $30,000, which is significantly less than building new," says Director of Development, Dougal Nelson, who adds that building a new house is around $100,000. "It's brand new for us. We're just getting our toes wet. It's the first time, but we're excited about that as well."

The home was donated by Bank of America, which is donating up to 2,000 homes over the next three years to the national Habitat for Humanity organization.