MOLINE- A pistol-packing grandmother says she kept her cool and waited for the right moment to pull her gun on a kidnapper with a knife. “The grace of God... 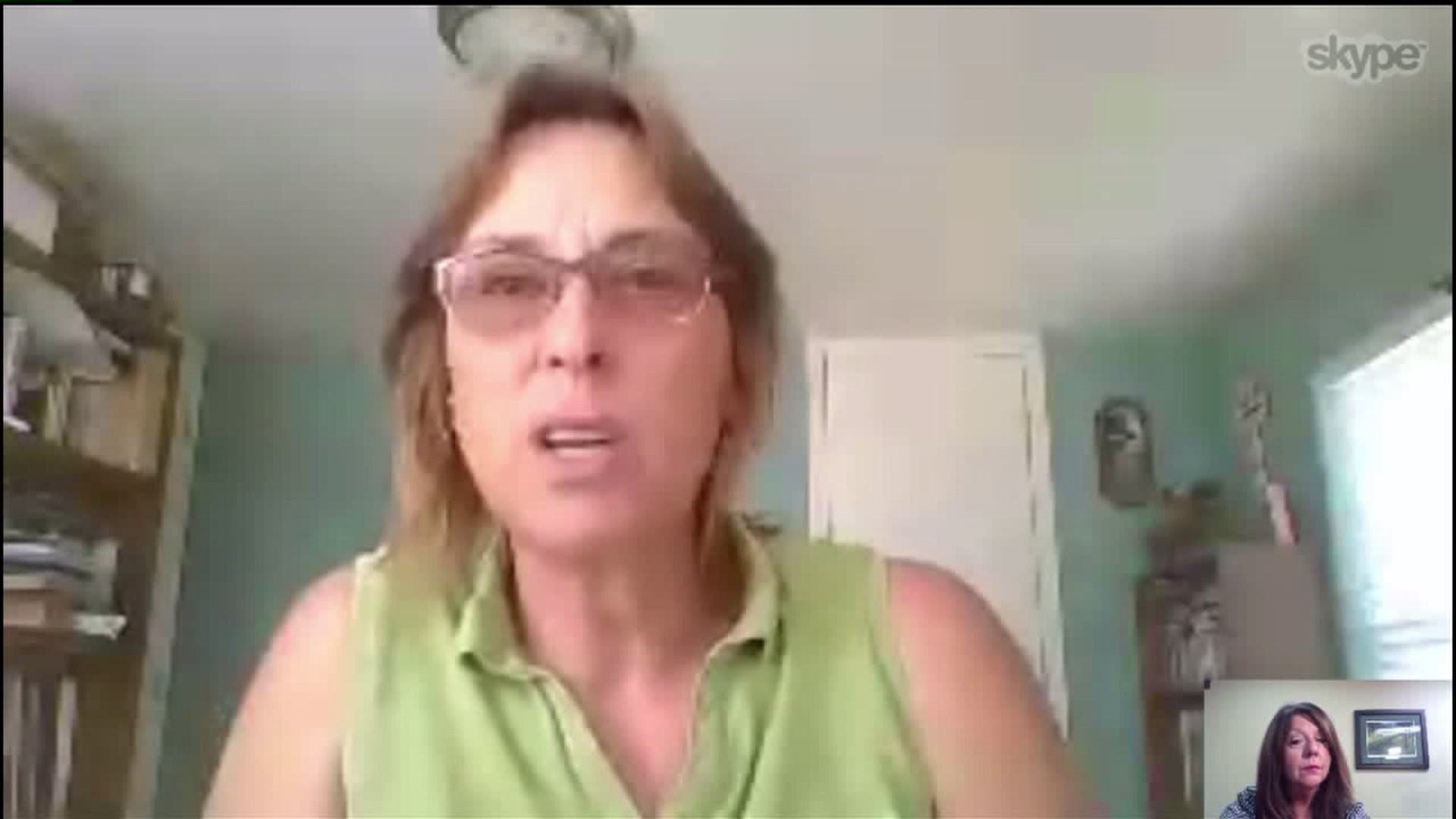 MOLINE- A pistol-packing grandmother says she kept her cool and waited for the right moment to pull her gun on a kidnapper with a knife.

"The grace of God is what saved me, and the sense to have calm, and have my weapon, " said Diane McIntire, of Missouri.

McIntire says she pulled up in the parking lot of Southpark Mall in Moline last Sunday to buy vitamins, when a man who appeared to be waiting for a bus, suddenly appeared with a knife at the driver's side door.

"It was a large butcher knife, I did not even see it at first, that's how quickly he was in my space. I kicked him in his chest, pushed him back, I felt the knife cut right below my elbow," said McIntire, a former Quad Citian who was visiting family over the weekend.

McIntire would need 24 stitches to close the wound.

She says the man, identified by police as 61-year-old Floyd May, forced her to drive her truck down Old Route 2, and during the 20 minute trip, threw her cellphone out the car window.

She said at one point he grabbed an old shirt from the back of her truck, and tied it around her bleeding arm.

"He apologized for the cut in my arm," she said.

"He also said I know you can identify me. I know it's kidnapping."

What he didn't know, is that she had a concealed carry permit. And, a Glock 380 handgun in the console of her truck.

When May told her to pull into a gravel lot in rural Port Byron, she knew she had to make her move.

"I knew I would live or die right there. He did tell me in the drive, if the police come up behind us, that we were both going to die that day," she said.

So, when May became distracted, she went for it.

She says May retreated to a house, and she took off in her truck. She drove herself to a hospital, and called police.

"I didn't want to take a human life, if I didn't have to. If he took one more step toward me, my finger was already squeezing the trigger, and yes, I would have shot him. There's no doubt in my mind," she said.

McIntire said she remained calm during the drive, and kept the conversation going, as scary as it was.

"He said he had just "got out", I believe it was a mental institution, and he'd been living under a bridge for the past two weeks. And, he told me he did prison time and stabbed a man in prison," she said.

May is in the Rock Island County Jail on $555,000 bond. He's charged with several felonies, including aggravated kidnapping and aggravated battery.

McIntire, is a wife, mother of 3, and grandmother of 11. She has had a conceal carry permit for about 3 years.

"I have a family, I have a life. I want to live. I have grandchildren. My thought at that point, was to live to see another day,"she said.