On Tuesday morning Governor Bruce Rauner received a warm welcome from East Moline students. This school stop was one of many the governor has made within the pa... 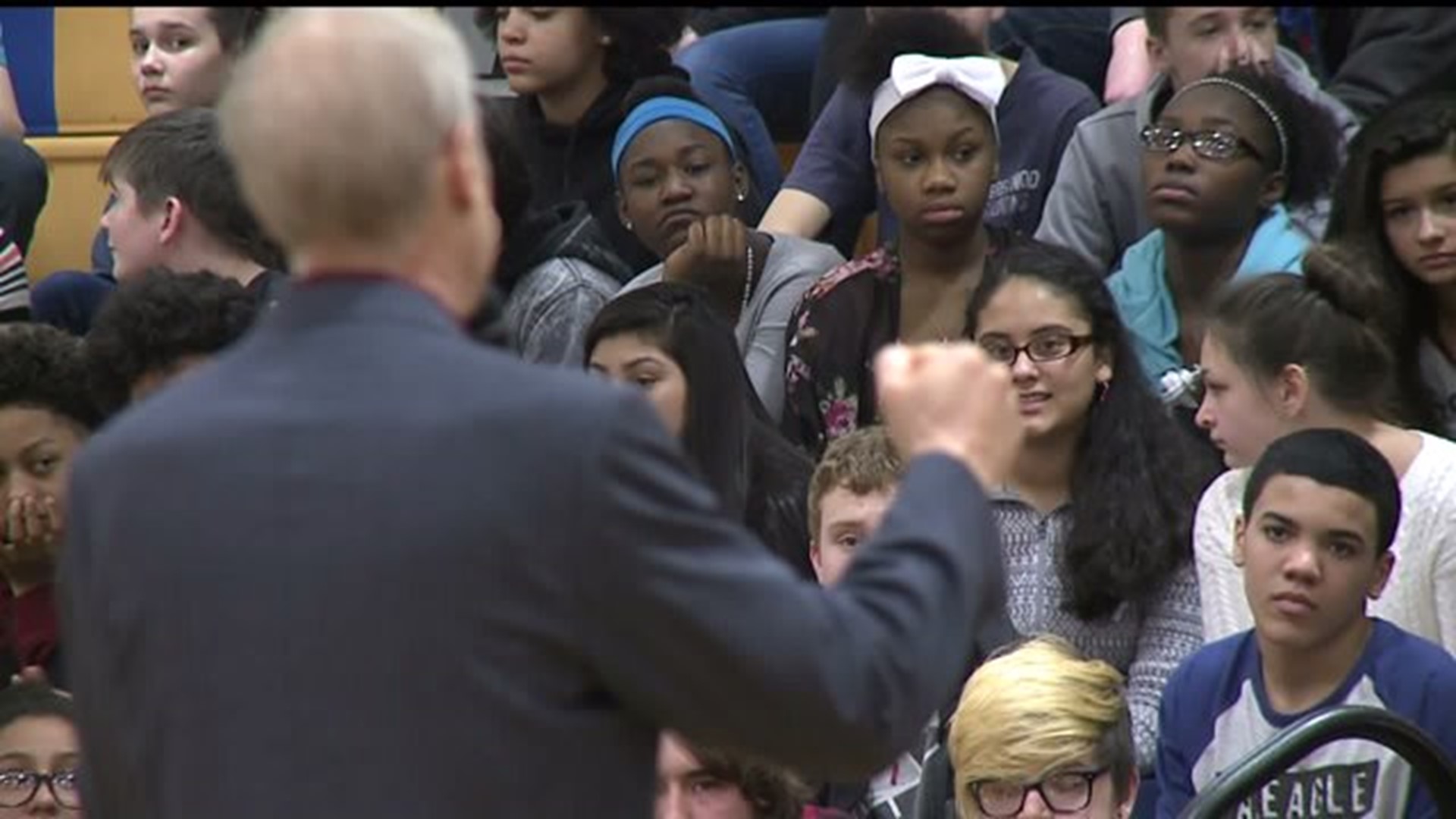 This school stop was one of many the governor has made within the past week to talk about the crisis Illinois schools are facing.

East Moline Superintendent Kristin Humphries says right now, the amount of money a school district gets from the state depends on where that district is. Districts with higher property taxes get more money for their schools.

"State aid should be taking care of those districts that don't have local wealth to make sure all students get an opportunity no matter where you live," says Humphries.

Over the past five years, Humphries says East Moline schools have lost $5 M because of how the current formula works.

Governor Rauner says he recognizes the hardships schools are facing, but he has a different solution to the problem.

"The first step to fixing our schools is increasing overall funding for schools," says Rauner.

He wants the school funding pie to be bigger overall instead of rearranging the size of the pieces of the pie each district gets, something Superintendent Humphries agrees will help, but it won't fix the problem entirely.

"Even if they have the money to fully fund all schools, the disparity between the haves and have not's continues to grow in Illinois. The formula is broken. It must be fixed," says Humphries.