Governor Pritzker appoints six people to WIU’s Board of Trustees

These appointments make the board complete after they are approved by the IL Senate. 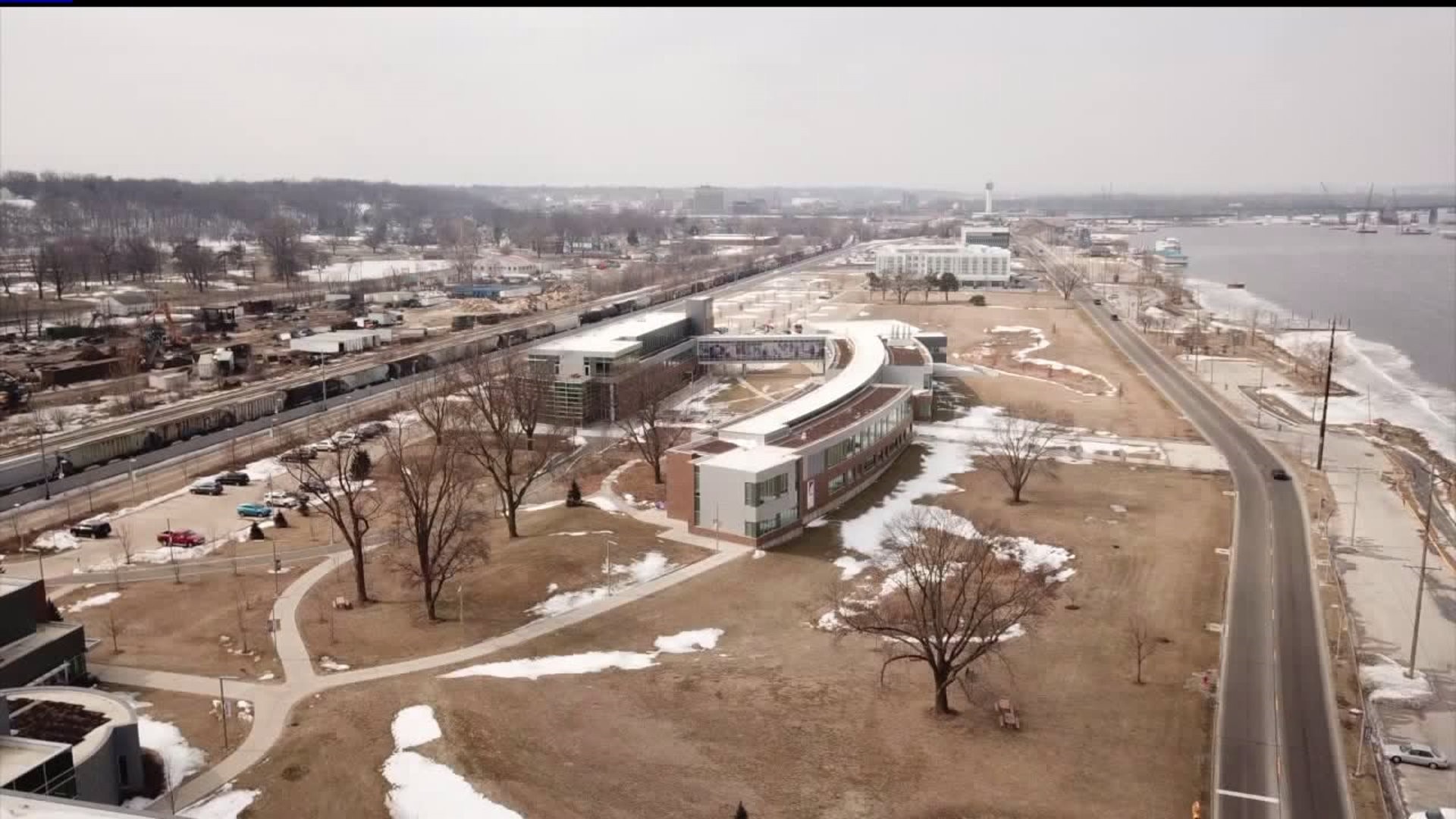 MACOMB/ MOLINE--After weeks of waiting, Western Illinois University now has a full Board of Trustees.

Greg Aguilar of East Moline, Erik Dolieslager of Quincy, Kisha Lang of Maywood, Nick Padgett of Chicago, Polly Radosh of Good Hope, Doug Shaw of Peoria and Jackie Thompson of Macomb have been appointed as members of the Western Illinois University Board of Trustees by Gov. J.B. Pritzker.

The Illinois Senate must confirm the new appointments.

With these appointments, the board is now complete.

Here is more about each of the six people appointed by the Governor from the official news release.

Aguilar currently serves as of the Q2030 Regional Action Plan at the Quad-Cities Chamber of Commerce where he collaborates with community leaders, educators, businesses, nonprofits and grassroots organizations to build up the reputation of the Quad-Cities. He previously served as the director of talent attraction and retention for the Quad Cities Chamber where he led the Young Professionals of the Quad Cities as well as diversity initiatives for the Chamber. Prior to working at the Chamber, he served as the Northwest Regional Manager for the Illinois Department of Commerce and Economic Opportunity where he covered 10 counties working with community stakeholders on workforce solutions, business retention, attraction and growth. Aguilar is a founding board member of the Greater Quad-Cities Hispanic Chamber of Commerce.  His regional work in economic development, higher education, as well as diversity and inclusion has received various national recognitions including by the National Hispanic Institute and the U.S. Hispanic Chamber of Commerce. In 2011 Mr. Aguilar's work in diversity outreach at Ascentra Credit Union earned the credit union a Diamond Award from Credit Union National Association. The East Moline resident received his Bachelor of Arts in Spanish and Latin American studies from the University of Iowa.

Dolieslager brings a 19-year background in business, operations, regional marketing, public affairs and communications to the board. Since 2000, Dolieslager as served multiple regional management, sales and leadership roles within the Central States Coca-Cola Bottling Division, including district sales manager, business development manager and account manager. The former redshirt freshman Leatherneck linebacker began his career at WIU playing for the eventual all-time winningest Head Coach Randy Ball. As a WIU student athlete his focus on academics was paramount earning top tier semester GPA's and All Conference Football Academic Honor Roll. Dolieslager brings experiences from both public and private university settings. He earned a Bachelor of Science Degree in Sports Medicine from North Park University in Chicago where he was voted two-year football team captain and earned All College Conference of Illinois and Wisconsin Honors while becoming a small school NFL prospect. The Quincy resident an active supporter in the multiple communities in which he serves including the Macomb Area Economic Development Corporation, Quincy Area Chamber of Commerce, Business Exchange Club and Community Business Association.

Since 2014, Lang has been the principal of Bridgescape Learning Academy's Humboldt Park campus, which has increased reading and math test scores, attendance rate and graduation rate under her leadership. She previously served as assistant principal at Proviso East High School from 2011 to 2014. Lang also taught and served as dean of students, director of operations and turnaround administrator at three Chicago Public Schools — Thurgood Marshall Middle School, Harper High School and Orr Academy High School — for the prior 17 years. The Maywood resident is completing her doctorate in educational leadership and management from Capella University in May 2019 and received her Master of Arts from Concordia University and her Bachelor of Science from Western Illinois University.

Padgett is the managing director of Frontaura Capital, which he co-founded to invest in stocks in frontier countries such as Vietnam, Nigeria, and Sri Lanka that are not yet classified as emerging markets. Previously, he served as the chief financial officer with Inforte Corp, a global technology consulting firm that he helped grow from its inception through its NASDAQ IPO in 2000. Before this, he was a sell-side technology research analyst with investment bank William Blair & Co. in the mid-1990s, after beginning his career with technology consultancy Accenture. Padgett received WIU's Alumni Achievement Award in 2014 and the College of Business and Technology's Distinguished Alumni Award in 2012. He has served on Western's Presidential Advisory Board since 2014 and its College of Business and Technology Dean's Advisory Board since 2008. The Macomb native who now lives in Chicago received his Master of Business Administration from the Tuck School of Business at Dartmouth College and his Bachelor of Science in computer science from Western Illinois University.

Dr. Radosh retired from Western Illinois University in 2008 after 24 years on the faculty, where she was a professor of sociology and the founding chair of the Department of Women's Studies. Dr. Radosh was the recipient of multiple awards and honors at WIU, including four faculty excellence awards, three College of Arts and Sciences awards for excellence, the Provost's award for excellence in multicultural teaching, and she was named the 2007 Distinguished Faculty Lecturer. After retiring from WIU, Dr. Radosh was the Dean of the College at the State University of New York at Geneseo from 2008 to 2011. In that position, she oversaw significant campus changes to address fiscal and enrollment challenges and established review procedures for program cuts and staff reductions. The Good Hope, Ill., resident received her Ph.D. and Master of Arts in sociology from Southern Illinois University at Carbondale and her Bachelor of Arts from the State University of New York at Geneseo.

Shaw spent 22 years as an IT professional for Caterpillar, beginning his career as a program analyst in 1997 and rising up the ranks to a global support team lead. Since 1999, Shaw has also taught management information systems as an adjunct lecturer at the University of Illinois at Springfield-Peoria Center. He also currently serves as Vice President of the Board of Education for Peoria Public Schools and has previously served on the boards of Leaders Change Illinois, Illinois Valley Fuller Center for Housing, the Illinois Central College Scholarship Selection Committee, and the Planning Committee for the Peoria Area Chamber of Commerce's Community Leadership School. A veteran of the United States Army, the Peoria resident received his Master of Arts in management information system from the University of Illinois at Springfield and his Bachelor of Science in computer science from Western Illinois University.

With 41 years of broad experience at Western Illinois University, Thompson began her career at WIU in 1970 in a clerical role and held several positions with increasing responsibilities throughout her career. Thompson was named Vice President for Administrative Services in 1997 and served in that role until her retirement in June 2011. She served as president of the WIU Alumni Council from 1999 to 2001 and is currently serving as president of the WIU Foundation Board.  She received the WIU Community Service Award, Alumni Achievement Award and the Affirmative Action Director's Award. She and her husband, Dave, established two scholarships for their respective high schools, sponsor the Fallen Soldiers 5K walk/run, provided funding for the WIU Wellness Program, funded the Ray "Rock" Hanson statue and provide support to the WIU Alumni Association, Athletics, Performing Arts Society and many others. The Macomb resident received her associate of science from Robert Morris College and her Bachelor of Arts and Master of Science in education leadership from Western Illinois University.