There is simply not enough wine in the world to go around. According to Morgan Stanley Research, wine consumption rose 2% in the U.S. last year and 1% worldwide... 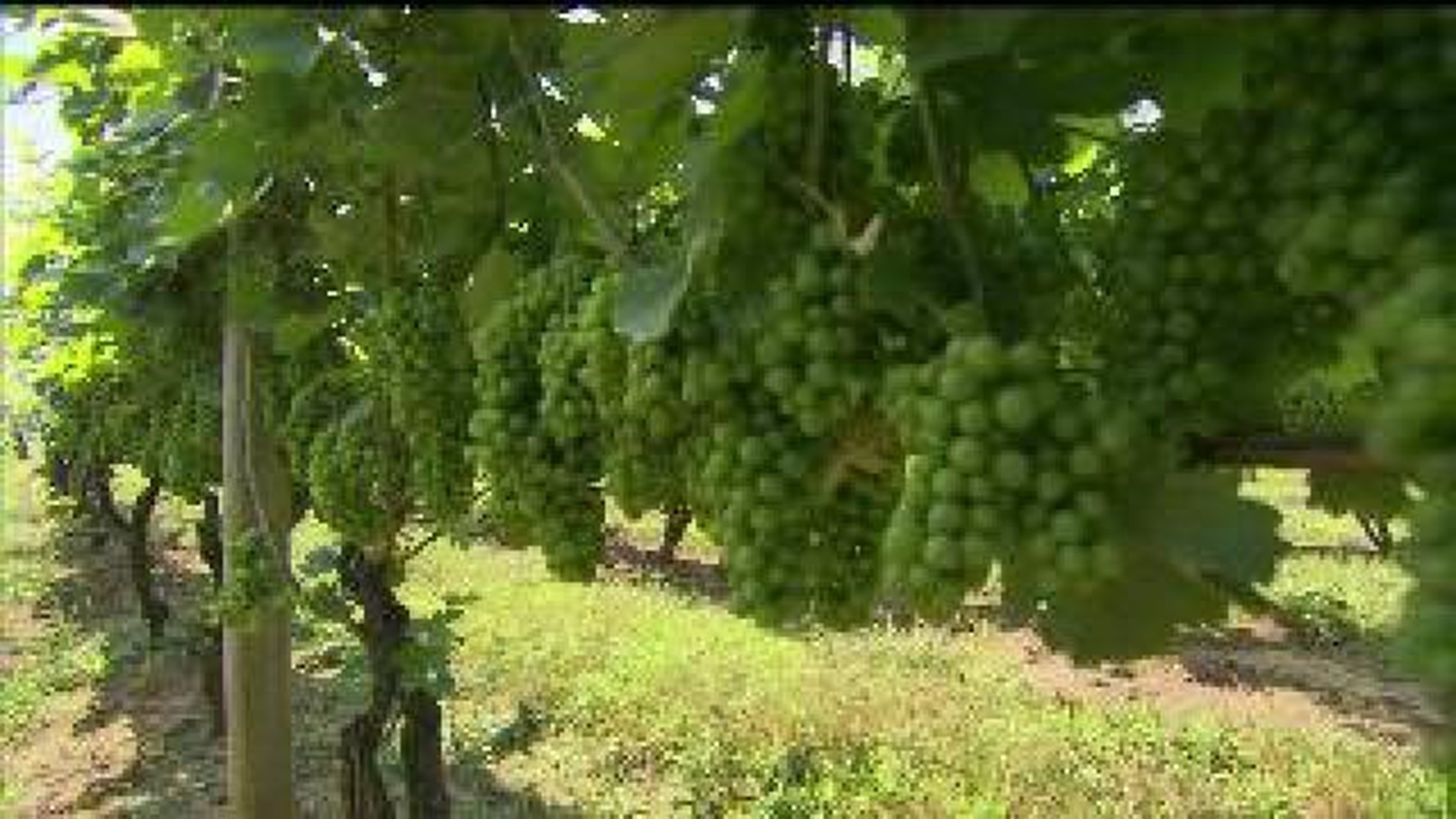 There is simply not enough wine in the world to go around.

According to Morgan Stanley Research, wine consumption rose 2% in the U.S. last year and 1% worldwide. However, demand is not meeting supply. The new report released on Wednesday, October 30th, 2013 states that the wine industry is experiencing an "under supply of nearly 300 million cases" a year and global production has fallen to its lowest level since the 1960s.

But the global loss could mean a local gain.

"I think the popularity of wineries are increasing and that's a good thing for us," Martha Rittmueller, Co-Owner of Lavender Crest Winery in Colona, Illinois, said. "I think a global wine shortage could be a great opportunity for Lavender Crest and also for a lot of other wineries."

While the report says wine production at some countries are already at their peak, Rittmueller says our area has a ways to climb. She travels around the Midwest and says she's noticed a growing number of acres dedicated to vineyards.

On the Iowa side, Tasting Room Consultant for Wide River Winery, Christy Rixen, says they outgrew their old tasting room in LeClaire, Iowa after just a year and a half and eight months ago moved into a new tasting room in the building next door.

"We've grown quite a bit locally," Rixen said. "We try to keep up with the demand."

"This all started as a hobby, so to see it go from a hobby to a successful business is pretty amazing," Rixen said.

So, what's bad news globally could be good news locally. Even though the report says major producers are struggling, smaller ones are thriving.

"I believe it, because I think one of the things we found is that Midwest wine grapes make excellent wine," Rittmueller said. "You just have to taste it and then you'll believe it, too."

The report also found that Americans consumer 12% of the world's wine, but produce only 8%. France consumes the most wine, followed by the U.S., then China.