Girl felt guilty, apologized and mailed back a rock to a national park with adorable letter

After pocketing a rock as a souvenir from her trip to the Great Smoky Mountains, a young National Park visitor was feeling guilty, so she sent the rock back, al... 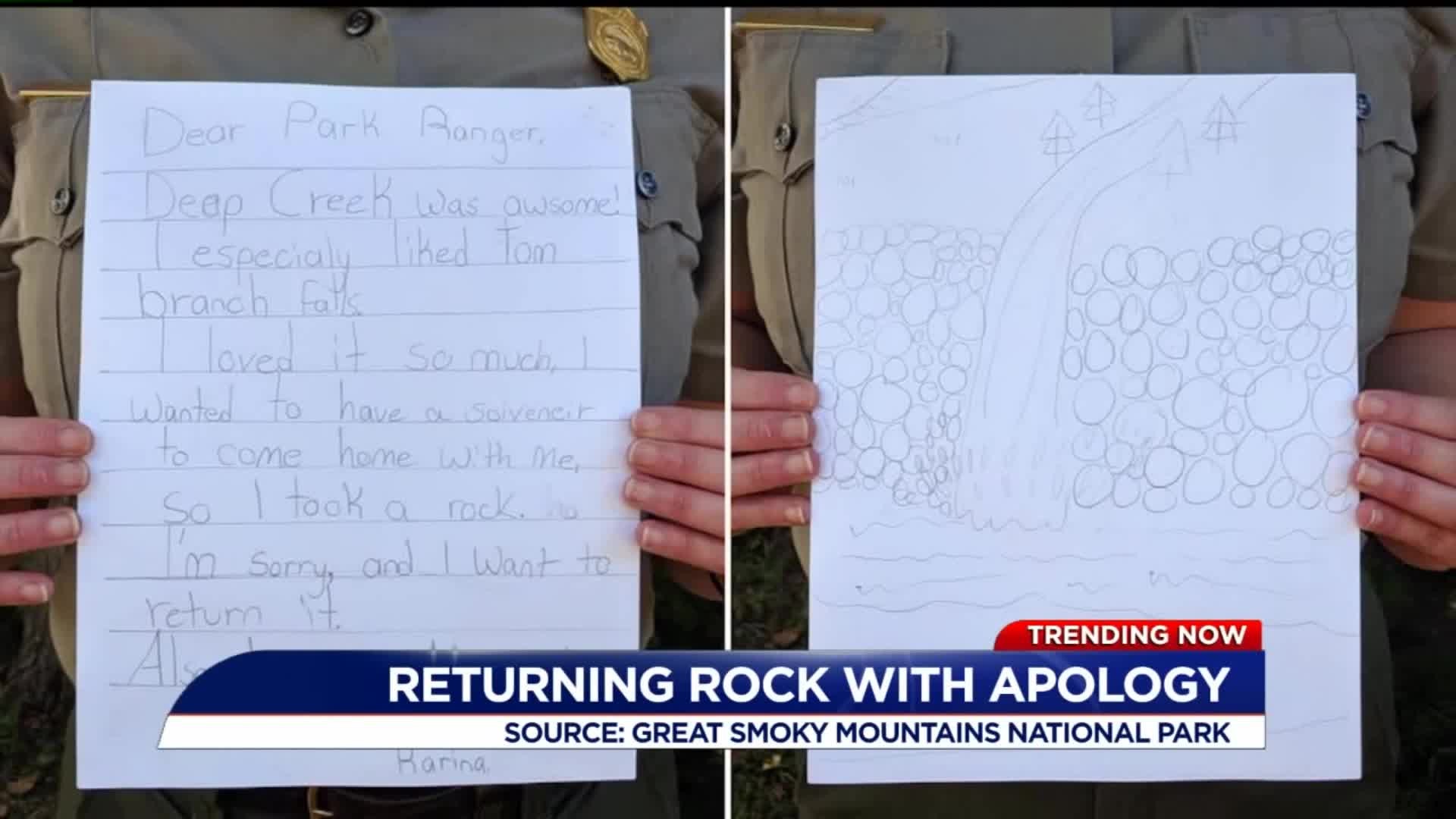 (CNN) -- After pocketing a rock as a souvenir from her trip to the Great Smoky Mountains, a young National Park visitor was feeling guilty. So she sent the rock back, along with an adorable letter -- and the park rangers thanked her.

In a Saturday Facebook post, rangers from the Great Smoky Mountains National Park shared the letter from the environmentally concerned traveler, who signed it Karina.

"Deep Creek was awesome! I especially liked Tom Branch Falls," the letter says. "I loved it so much I wanted to have a souvenir to come home with me, so I took a rock. I'm sorry, and I want to return it."

Along with the rock in question, Karina's handwritten message arrived with a donation and a pencil drawing of the waterfall, according to the post.

In their reply, park rangers assured Karina that her rock had been returned to its rightful place in the falls and thanked her for being "an amazing steward for the park."

"If every visitor took a rock home, that would mean 11 million rocks would be gone from the park every year! The park would definitely not be as beautiful as it was before," the rangers wrote in their post. "Rocks in the Smokies also provide homes for hundreds of creatures, including salamanders!"

It's true that the park serves as an important natural habitat for a wide variety of species, from bears to deer to, yes, lots of salamanders. The Great Smoky Mountains are known as the "salamander capital of the world," according to the National Park Service website, and are home to giant hellbender salamanders that can grow up to 2 feet long.

In another Facebook post, rangers pointed out that taking or even just moving rocks can threaten hellbenders' eggs. The salamanders build their nests under rocks in streams, and disturbances can prevent the eggs from hatching, they wrote.

Plus, it's actually a federal crime to remove objects from the park -- so Karina was definitely smart to ship back her souvenir.

"Now that you know to leave nature the way you find it, we hope you will help share this message with others," the rangers concluded their message to Karina. "It is always a good thing to give another the chance to discover!"