The Orchestra will be featuring the music of Queen at Saturday evening’s concert, in a show that Hayes said would be a greatest hits list for the iconic r... 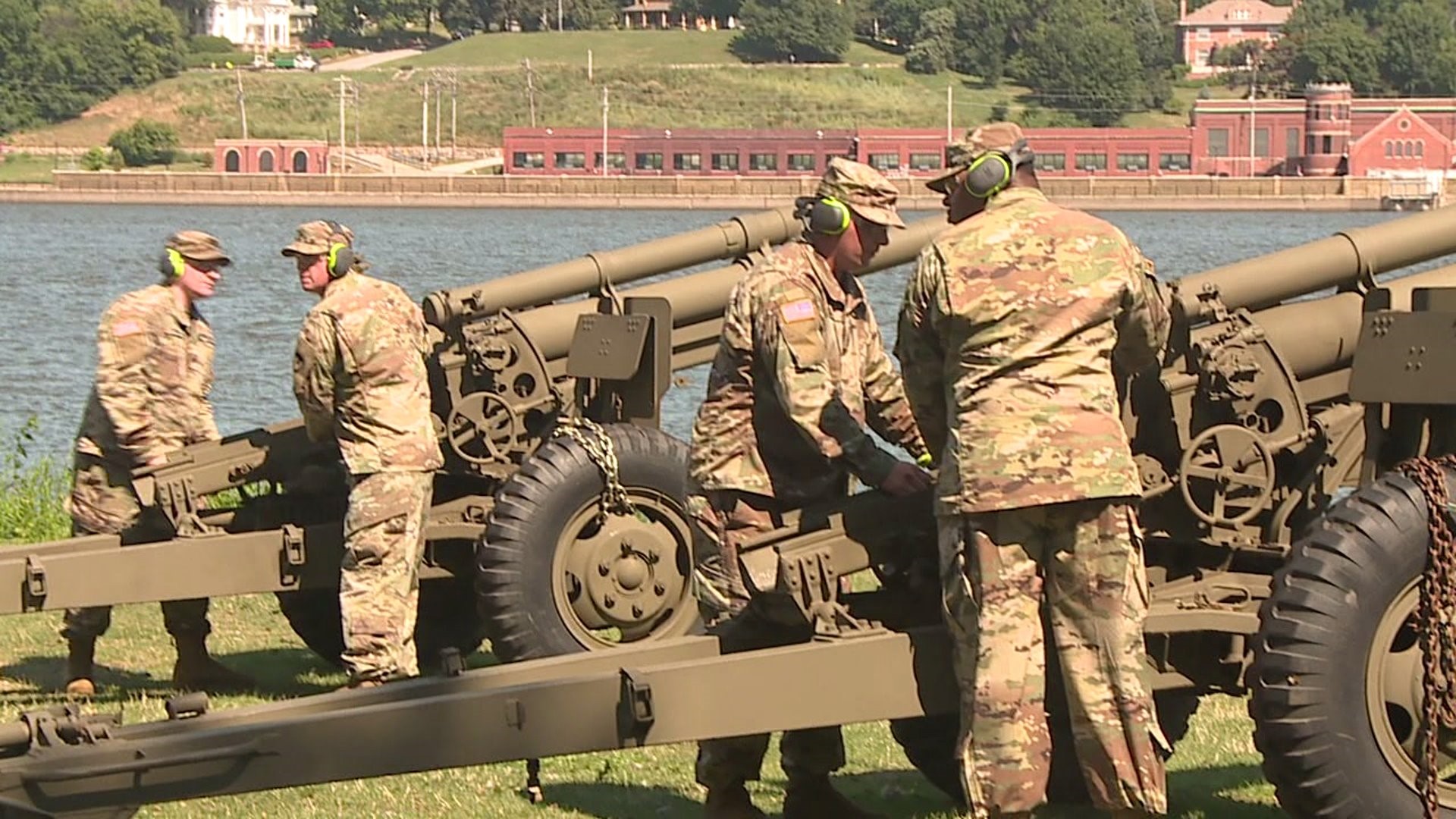 ROCK ISLAND, Illinois -- For the first time in decades, the Quad City Bank & Trust Riverfront Pops concert won't be held at its long-time home of LeClaire Park in Davenport due to the heavy flooding earlier this year. Instead, organizers have partnered with the U.S. Army at the Rock Island Arsenal, presenting a unique opportunity for this Quad City Symphony Orchestra's traditional finale, Tchaikovsky's 1812 Overture.

"It’s the same tune you’re used to, but instead of when you get to the whole crash, boom part, we have a bigger boom this year," said Marc Hayes, the president of Top-Notch Productions in Davenport, which is producing the show.

The Orchestra will be featuring the music of Queen at Saturday evening's concert, in a show that Hayes said would be a greatest hits list for the iconic rock band.

The Army will play its part in the rousing finale with the help of three ceremonial Howitzers. About a dozen uniformed soldiers could be seen doing a dress rehearsal Friday morning.

Here's the schedule for Saturday's show. The cannons are expected to be fired at about 9 o'clock.