The rescue happened shortly before 8 a.m. on Monday. 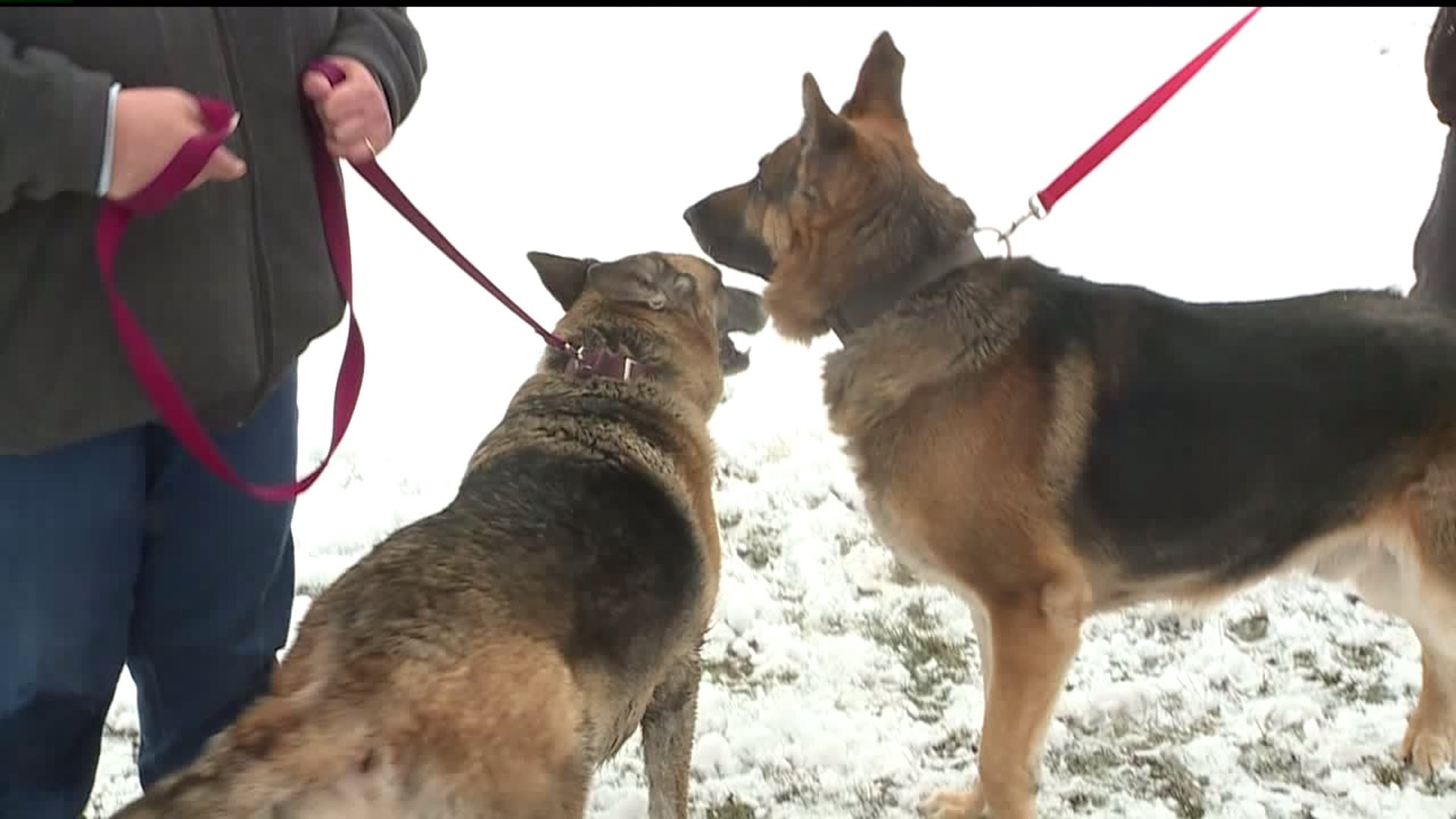 EAST MOLINE, Illinois -- Nikita the German Shepherd got wet and cold, but thanks to the efforts of East Moline firefighters, is home safe and sound with her human owners and her "mate" Duke after a scary water rescue in the backwaters of the Rock River.

Her owner, William Moon, also had to be rescued when he got stuck in wet, snowy mud trying to rescue Nikita.

According to Nikita's owner, Tina Moon, the female Nikita and Duke ran off around 2 p.m. on Sunday, April 9. At some point, Nikita got stuck in a swampy area near  adjacent to the Rock River near 163rd Street and couldn't get out.

Tina and William headed out early Monday morning to look for their missing shepherd. They found her, huddled on a 30-foot-by-30-foot hump of land sticking up from the frigid water about 150 from nearby railroad tracks.

William decided to try and rescue her himself, but soon found himself up to his knees in sucking mud and water, wearing only a pair of tennis shoes and jeans, according to East Moline Fire Department Battalion Chief Bruce Colmer.

Seeing both her husband and dog in distress, Tina Moon called 911 shortly before 8 a.m. and the EMFD showed up with two engines, a rescue boat and an ambulance.

"It ended up being a pretty easy rescue, since we had the right equipment," said Colmer, noting the department deployed an inflatable rescue raft designed for shallow water operations. Although William Moon had symptoms indicating the early onset of hypothermia, he was treated on the scene and after a hot shower at home, was just fine.

Tina Moon said she was relieved the story had a happy ending.

"Now they are both home, and I haven't even checked on my husband yet," Tina Moon joked later Monday afternoon, with both dogs frolicking back in their safe, fenced-in-yard.