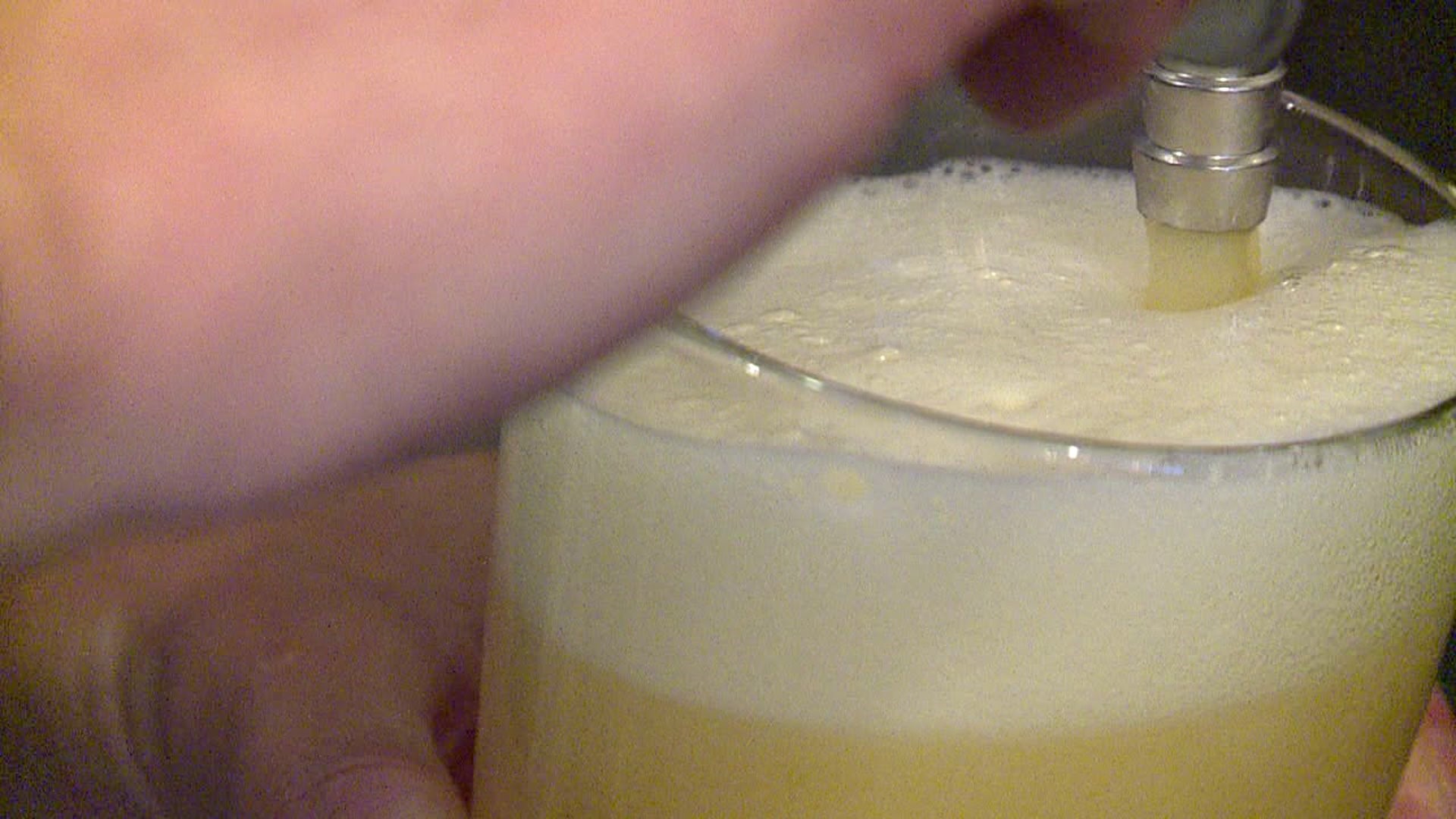 GENESEO, Illinois – Following an apology for controversial tweets from 2012, the Iowa State fan who helped raise more than $1 million for a children's hospital is getting support from a local brewery and thousands on social media.

With all the donations my @CollegeGameDay sign for @BuschBeer has received, I will be donating all but enough for a case of Busch Light to @uiowa Children’s Hospital. We’re at over $1,600.00 right now! @CycloneATH @WideRtNattyLt @ChrisMWilliams Venmo Carson-King-25

His actions picked up steam and went viral with donors around the nation and ultimately Anheuser-Busch until a pair of racially-charged tweets surfaced during an interview with the Des Moines Register.

King apologized for the tweets in advance of the article, but lost his connection with Anheuser-Busch after the company said the social media posts didn’t align with their values.

In response, the head brewer at Geneseo Brewing Company (GBC) announced they would be tapping a new pilsner named “Iowa Legend” as a nod to Carson King’s generosity.  The announcement came on Wednesday, September 25 in an open letter signed by Head Brewer Glenn Cole.

Cole said GBC’s staff was “appalled at the actions taken by the Des Moines Register and the Anheuser-Busch” company.

"They were really quick to judge his character by a statement he made that mimicked a popular TV show when he was 16," Cole said. "To judge somebody that way is just not right. "
The lager is $5 a pint and for every purchase, $1 will be donated to Carson King's Campaign.

The Iowa newspaper and Anheuser-Busch have faced a flurry of social media backlash and criticism for how King’s past was handled with many referencing the rise of such practices in modern social media culture.

Executive Director Carol Hunter, with the Des Moines Register, issued a statement saying the decision to publish King’s past tweets was made by a group of editors, adding that decisions like this are “not made lightly.”

Hunter said the tweets were included in an effort to be transparent about what the reporter had discovered, but was not meant as a highlight of King’s profile.

Hundreds of critical comments and memes have been made in response to the Des Moines Register controversy.

The Des Moines Register has been nothing but kind in all of their coverage, and I appreciate the reporter pointing out the post to me. I want everyone to understand that this was my decision to publicly address the posts and apologize. I believe that is the right thing to do.

King apologized for the tweets before the article was published, according to Hunter.  That prompted Anheuser-Busch to cut ties with King.

“We have witnessed your growth through your later social media content and accept your apology,” wrote Cole GBC's open letter.  GBC pledged to donate a dollar from the sale of every pint and can to the University of Iowa Stead Family Children's Hospital.

In a tweet, Anheuser-Busch confirmed they will still fulfill their commitment to donate to Stead Family Children’s Hospital.

To reaffirm, we stand by our commitment to match the donations raised through the end of the month for the University of Iowa Hospitals and Clinics

Related: Iowa State fan whose joke sign turned into massive fundraiser gets own day of recognition

“Iowa Legend” will be tapped on Thursday at GBC, located at 102 South State Street in Geneseo.  GBC is open from 4 p.m. until 10 p.m. Monday through Thursday, from noon until midnight Friday and Saturday and from noon until 9 p.m. on Sundays.