“It was so powerful it could be heard in communities many miles away.” 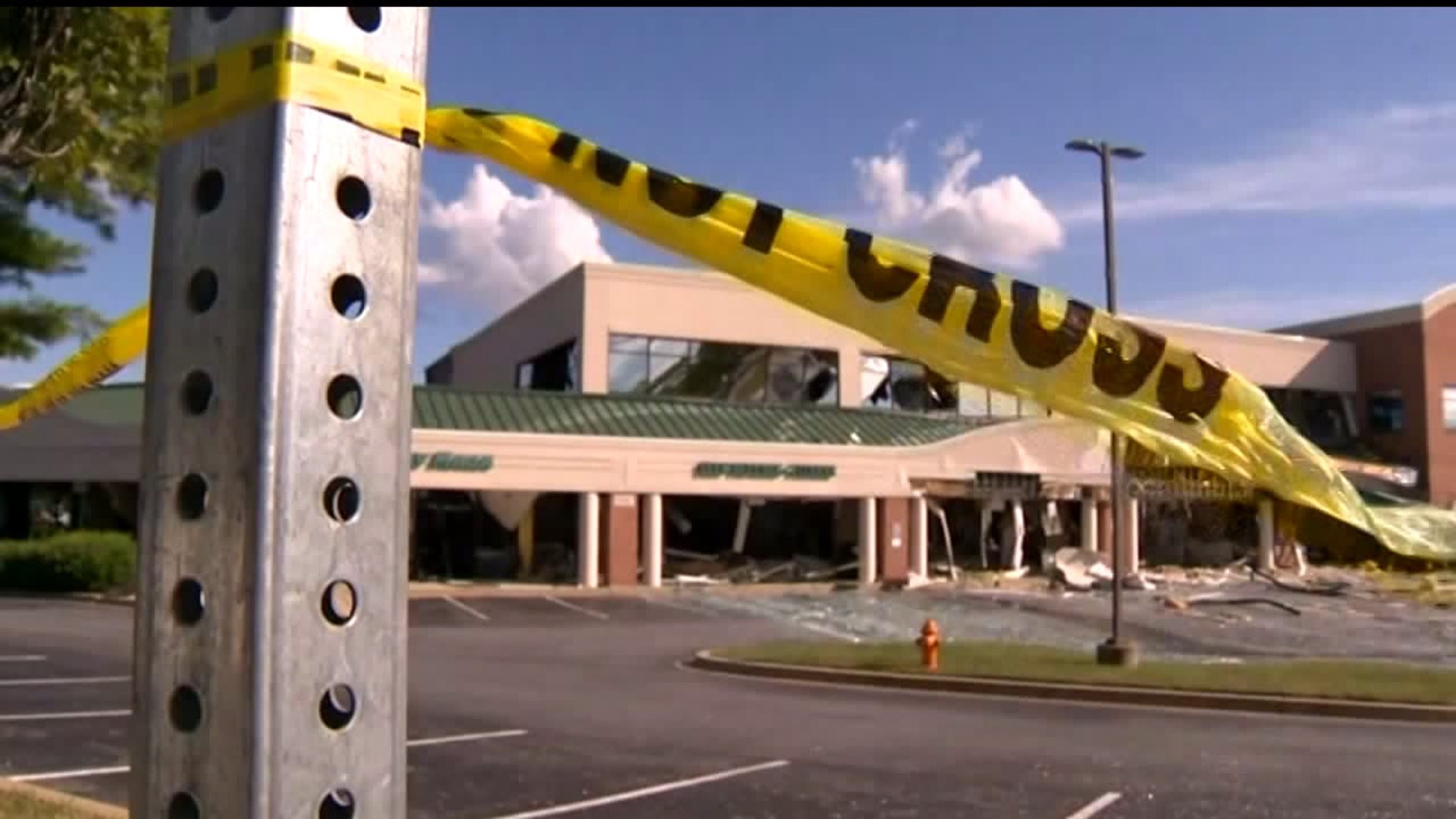 No injuries were reported in the thundering blast, which occurred at about 8 a.m. It came after authorities said they had evacuated the area around the complex because of a suspected early morning gas leak near the complex in Columbia, Maryland.

Fire crews responded about an hour before the explosion because of a fire alarm that was upgraded to a report of a gas leak in the parking lot, officials said. When fire personnel arrived, they immediately evacuated everyone from the surrounding area and made sure the building was vacant.

The subsequent explosion ripped away a significant part of the facade, scattering debris.

"It was so powerful it could be heard in communities many miles away," said Howard County Executive Calvin Ball in a statement.

No businesses were open, said Stephen Hardesty, the battalion chief of the Howard County Department of Fire and Rescue Services. He said the time of day played a major role in the lack of injuries, and he described it as one of the worst explosions he's seen.

"The building is at risk of collapsing, so we're working with some building inspectors and the property owner to figure out what our next steps are to secure the building and help out as much as we can with the investigation that's going to ensue with this," Hardesty said.

Gov. Larry Hogan thanked first responders for being on the scene within minutes. The governor said the Maryland Joint Operations Center and the State Fire Marshal have offered their full support and assistance.

"This massive explosion was felt in many of the surrounding communities, a shock to families across the area," Hogan said in the tweet. "Thankfully, no injuries have been reported so far."

Ball said the county will be helping affected businesses and workers.

"I have mobilized our team from the Howard County Economic Development Authority to assist those businesses and works who may find themselves displaced by this event," Ball said. "We will do everything possible to minimize the impact of this explosion (on) those who are affected by it."

Columbia is about 20 miles (32) southwest of Baltimore, Maryland, in a populous area between Baltimore and the nation's capital.