For three weeks, garbage has sat at the bottom of driveways from Illinois City to Muscatine. Homeowners say, they want an explanation from the company, Environm... 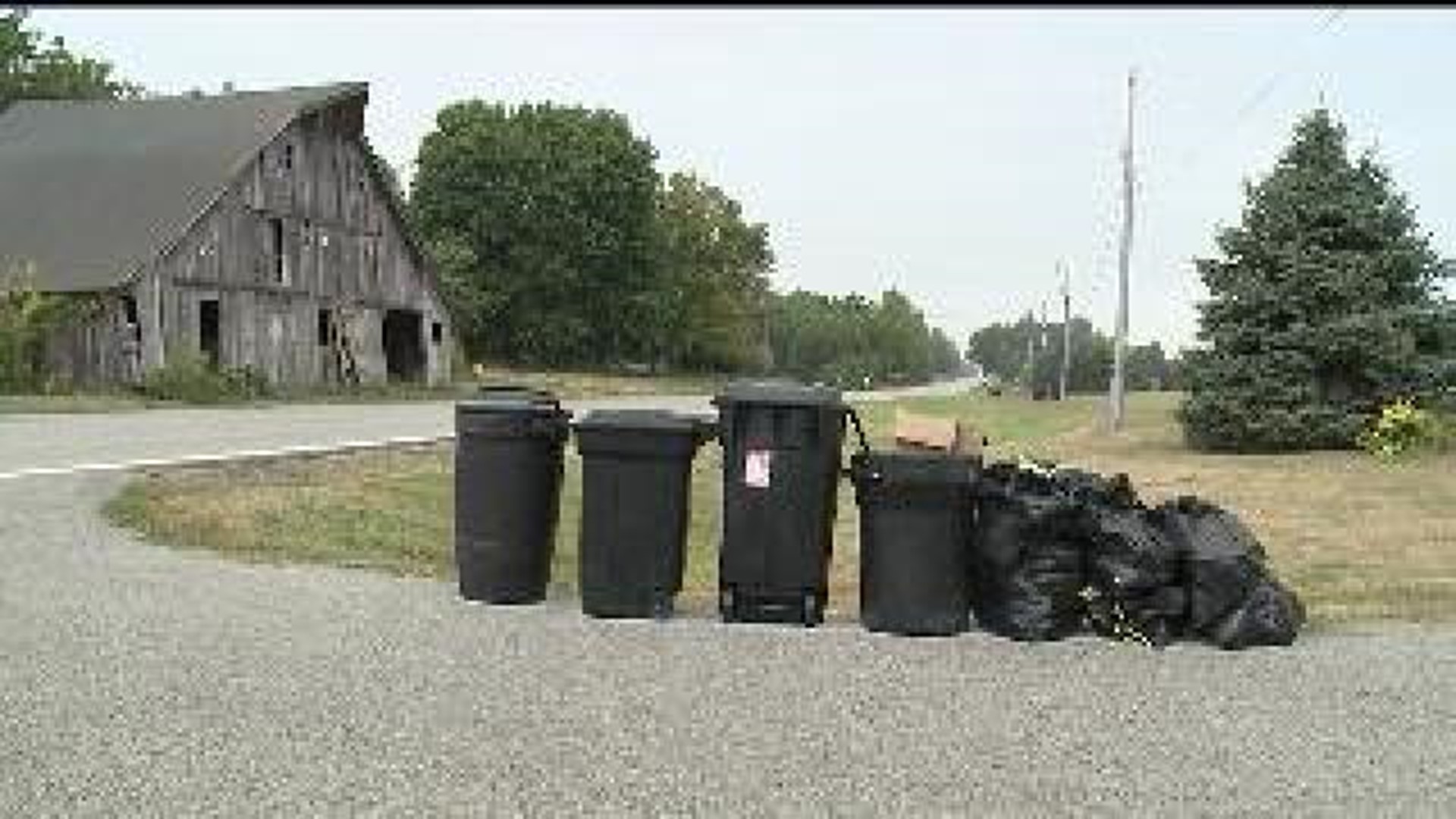 For three weeks, garbage has sat at the bottom of driveways from Illinois City to Muscatine. Homeowners say, they want an explanation from the company, Environmental Services Inc., or ESI, and they want it gone.

The garbage was overflowing, seven bins and bags wide, covered in cob webs, making for a perfect buzzing fly haven.

"Garbage is sitting there, I don't even want to go close to it cause I'm sure it smells bad," said Judy Halford.

The piles sitting in the driveways,

"You can see it's just a lot of trash," said Potter.

And their neighbors and in pretty much every driveway from Illinois City down Highway 92.

"We've got several neighbors up and down the road experiencing the same thing," said Lori Meier.

"Ours isn't as bad as some people's. I've seen where animals have gotten in theirs already and it's just all over the place," said Potter.

"All the way to Muscatine, you'll see garbage sitting out," said Halford.

They say sometimes, the company that picks up their garbage, Environmental Services Inc., is one, two, three days late, but this time,

"It's been well over two weeks," said Meier.

"This is week three," added Potter.

And they want it gone.

News Eight talked with the owner of the company by phone. He said, a broken truck was to blame and that the garbage wasn't an issue.

"It's hot and sticky and it needs to be picked up," said Potter.

Not long after we got off the phone, we saw a truck coming to get the garbage.
These people in Illinois City, now able to say good bye to their garbage, shut their empty bins and hope that it is not three weeks before the garbage truck stops through town again.

Some of the homeowners said they were promised refunds. Others said they had or were planning on switching companies.