Many students at Galesburg High School won’t be able to vote in the 2016 election because of their age, but that isn’t stopping them from getting ex... 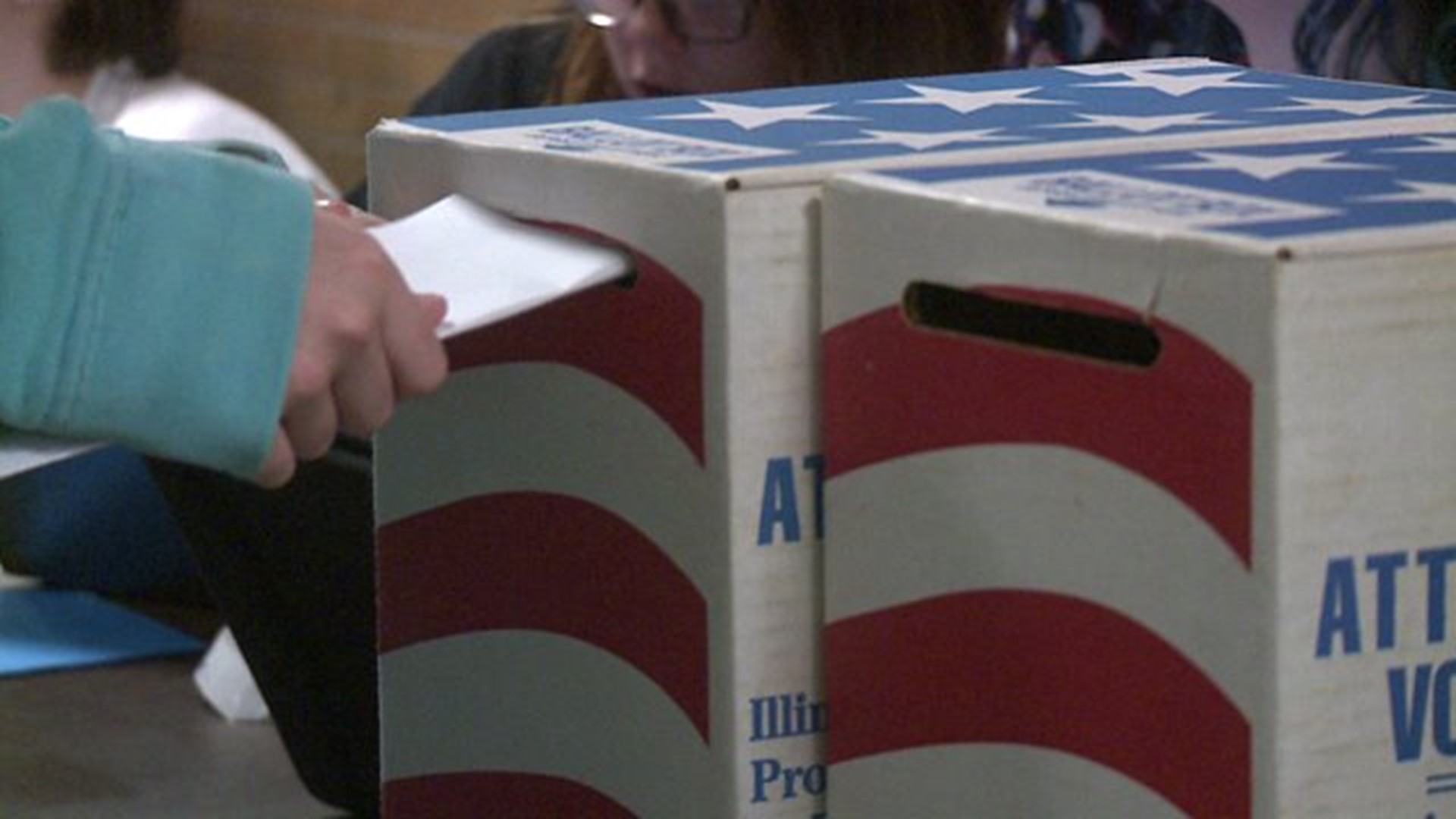 GALESBURG, Illinois -Many students at Galesburg High School won't be able to vote in the 2016 election because of their age, but that isn't stopping them from getting excited about the process by having an election of their own.

It's the democratic process in action, over a high school lunch period.

One week away from the general election, students at Galesburg High School are getting a crash course in how voting really works.

"I've kind of been following it, and it's been very stressful, even though I can't officially vote," Galesburg High School freshman Haley Bennewitz said.

The vote they take here on Tuesday, November 1st, 2016 doesn't count, but to the 426 students who registered, the decision to vote is one they couldn't pass up.

"Wow, this is actually kind of cool. I get a chance to say who I want to be President, and who should be U.S. Senator, and 17th Congressional District and 74th Congressional district," Galesburg High School freshman Emily Bruington said.

The students are completely in charge, and they're using equipment that Knox County will use on Election Day.

"It's like a test trial for them," Bruington said.

Once the lunch period starts, there is one big surprise, but a good one.

Even though a lot of these students aren't old enough to cast their own ballot, this is an important part of the process to get them engaged for when they can vote

"Just standing here, I can hear a lot of opinions about it," Bennewitz said.

"A civic education is one of those things that can often get overlooked in schools, so this is an opportunity to take advantage and get students involved," Galesburg High School Civics teacher Craig Hillier said.

Just outside the lunch room, it doesn't matter who they vote for, as long as they take part in a process that, for them, will someday be real.

There are no issues to report with the Knox County voting equipment the students used during their mock election. They're expected to count up the votes during civics class on Wednesday.