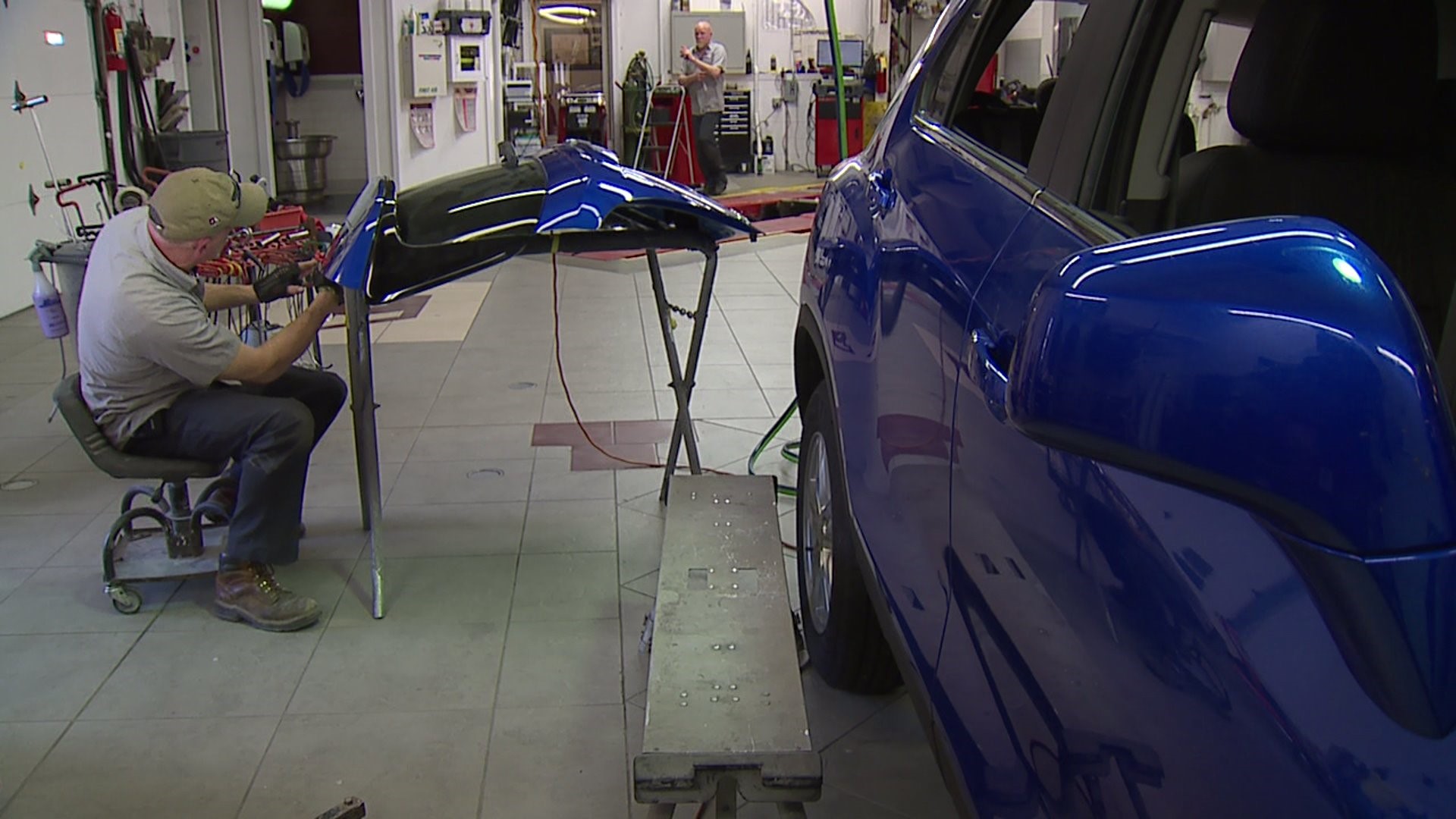 People there reported minor damage to their homes and cars after the storm, but it was enough to book up Dave's Autobody shop until November.

"We've had a lot of calls (after the storm) and we also had cars that were here on the lot that were damaged that were waiting to be repaired, those are the ones we were going to have to look at first," says Chip Brandenburg, auto body technician.

Employees there spent most of the morning going up and down their car lot surveying the damage left behind. Right now they are in the process of notifying their customers of the new damages on their cars.

Before Monday night's storm, Dave's Autobody was already booked until July with cars damaged from previous storms this year. Shop manager Zach Theobald says, this is the most business they've seen from storm damage in the last 15 years.

"It`s definitely been taking everybody by surprise --- I didn`t even know we were suppose to get rain," says Theobald.

Part of the challenge now Theobald says, is determining which insurance company will pay for the new damage on the cars.