Contractors talk with the owner about the flood damage and what’s next for the restaurant’s future. 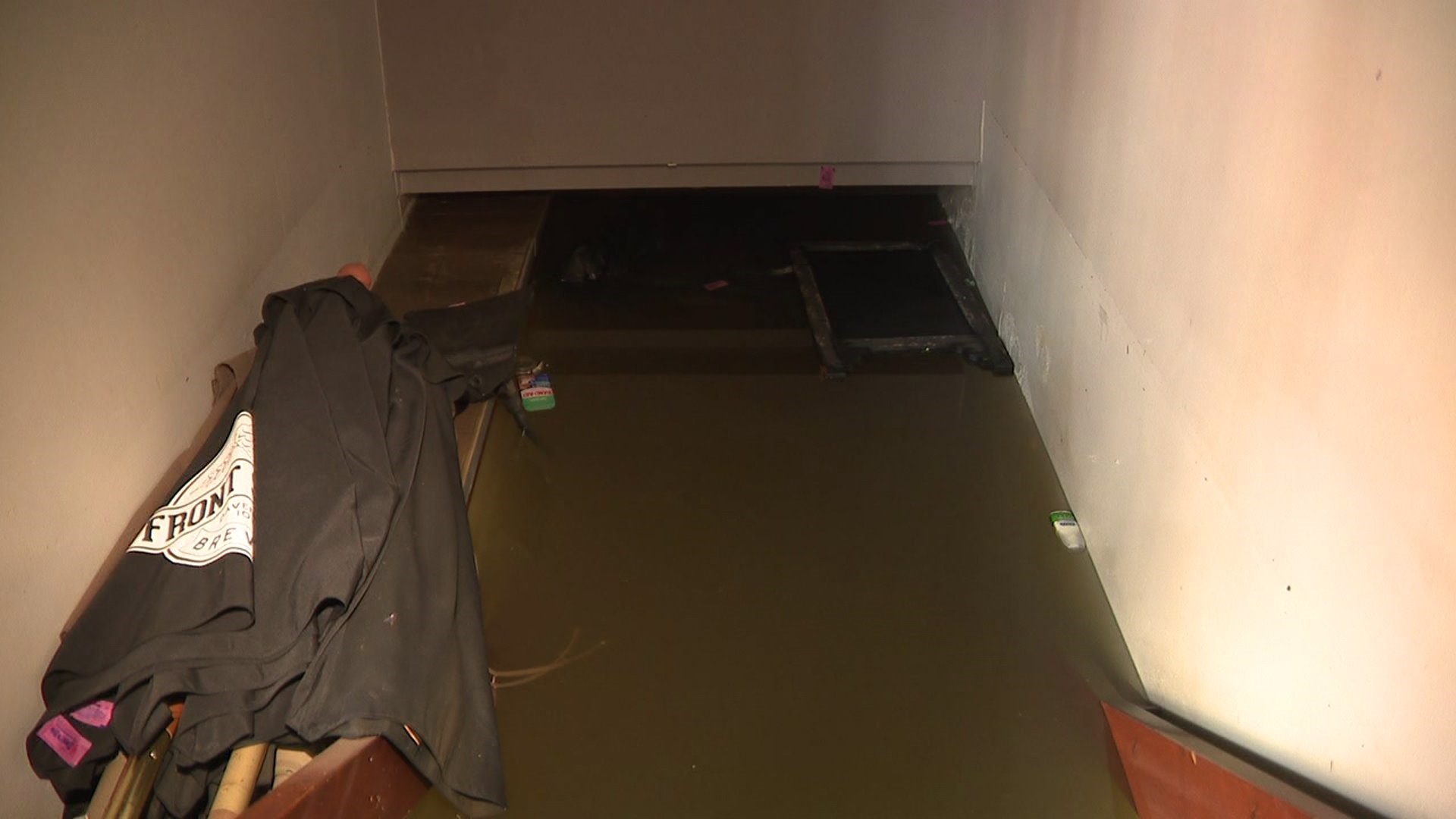 DAVENPORT, Iowa – It’s been almost a week since the barrier in Davenport breached.  Business owners in the area are eager to start the clean up process, especially those like Front Street Brewery at the front of the line.

When you step inside and look around Front Street, you can see the restaurant needs repair.  But some items are still untouched from before the barrier broke.

Restaurant owner, Tim Baldwin, was half a block away almost a week ago when he saw the breach take place.

“We stood there dumbfounded for a minute and that’s when we realized, “oh my God that water is coming this way”,” Baldwin remembers.

On the restaurant’s first level a muddy residue sits on the flood, but in the basement, water is filled to the brim.

Now, with the water receding, business owners and contractors are assessing the damage left behind.

“They have a lot of flood damage,” says contractor Mitch Heitman of Perfection Property Restoration. “Especially being right here on the river, but it could have been a lot more severe.”

Front Street isn’t a stranger to these types of floods.  They were hit hard back in 1993 and had countless volunteers work to save the riverfront restaurant.

“As history tells you it didn’t work and the place had come to the floods,” Baldwin explains.

This year history is being made once again in the flood of 2019. When you walk into Front Street there’s a plaque where the water line reached back in 1993.  This time, Baldwin says, it reached just above that plaque.

With the damage done, Baldwin doesn’t plan to reopen until the fall.  In the meantime, they are doing all they can to keep business flowing.

“I actually came to salvage our merchandise,” explains General Manager Kristy Peiffer. “Endless Brews told us they would sell our merchandise if I got it to them.”

Back in 1993, Front Street created a new beer now called “Raging River”.  Baldwin says they will be making a new beer to honor the flood of 2019.  They are throwing around names like “Dam Buster” and “Barrier Breach”.

They’ve also been able to do business from their taproom, which is part of the Freight House Farmer’s Market.  Beer is being distributed to stores and businesses around the Quad City area as well.