Friends and family of a fallen Grandview firefighter are now turning their tragedy into a “Gift of Hope.” 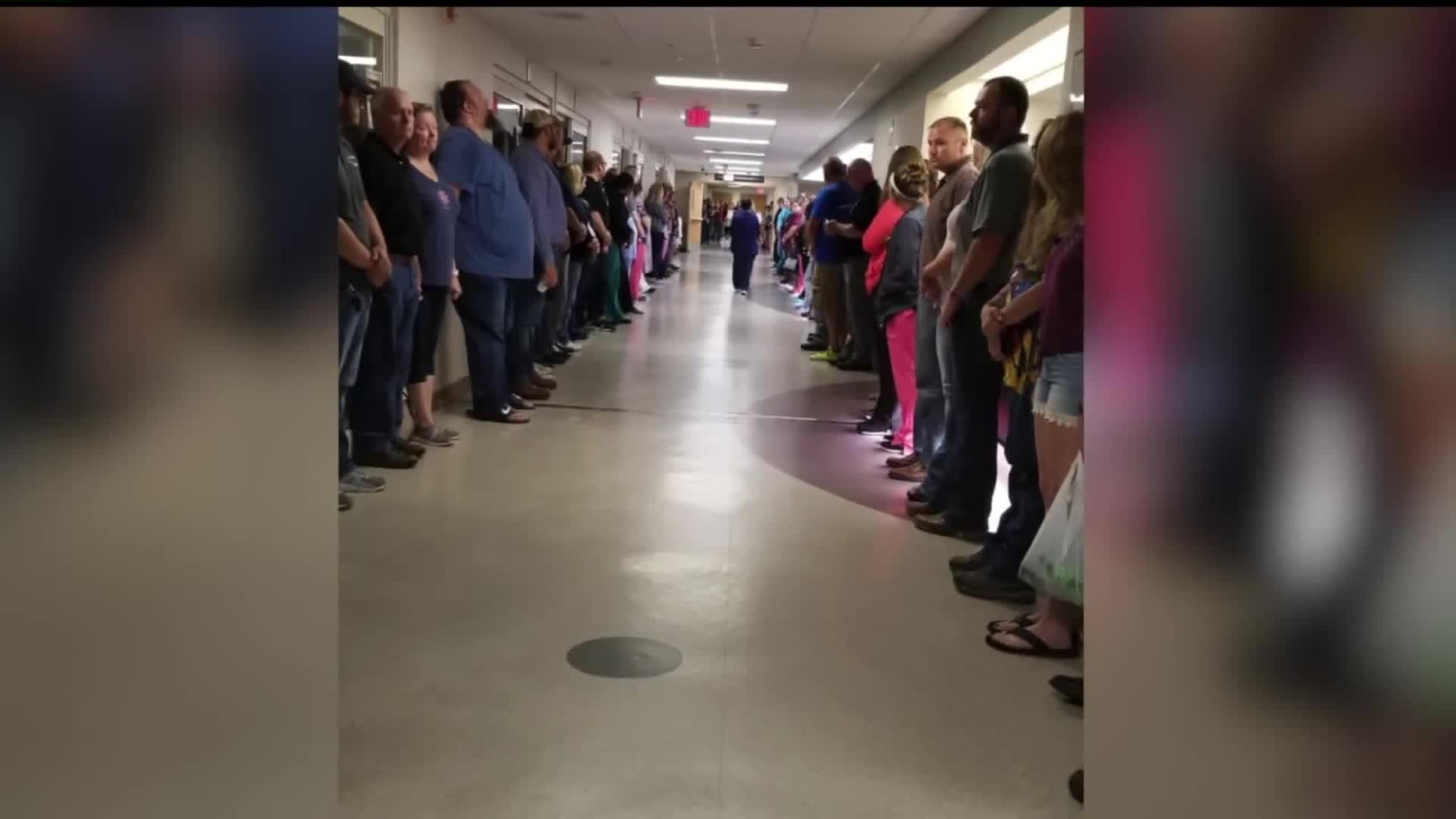 MUSCATINE, Iowa -- Friends and family of a fallen Grandview firefighter are now turning their tragedy into a "Gift of Hope."

49-year-old Devin Estabrook died while riding his bike near Highway 61 in Muscatine when he was killed by a hit and run driver.

"He was kind, he was giving. He was definitely a family man," said Aimee Buol, a co-worker of Devin's and a volunteer for Louisa County Ambulance.

"A lot of our calls go out and we only have E-M-Ts and sometimes we needed a medic and Devin was there," Buol said. "Whatever we needed from him he was always there."

But Buol said Devin's desire to give back did not end with his passing.

"He saved lives in his everyday job -- as a paramedic and a firefighter," Buol said. "And so in his passing, him donating his organs and his family honoring his wishes, saved many other lives."

Since his passing last Monday, Devin's wife and children honored his life-long wish of becoming an organ donor. Dozens of people lined the Peoria hospital for a "donor walk." It's the "final walk" families make with their loved one before they go under operation to donate their organs.

Rachel Creamer, a family friend of Estabrook's, was moved simply looking back at photos of the donor walk.

Creamer said Devin's wife and children told her that he was adamant and encouraged his children, "when they got their drivers license, to become organ donors also."

Both Creamer and Buol, along with other friends and family of Estabrook, are now sporting rubber wristbands with the words "Gift of Hope" on it. On the other side of the band is a link to GiftofHope.org as they advocate for others to become donors as well.