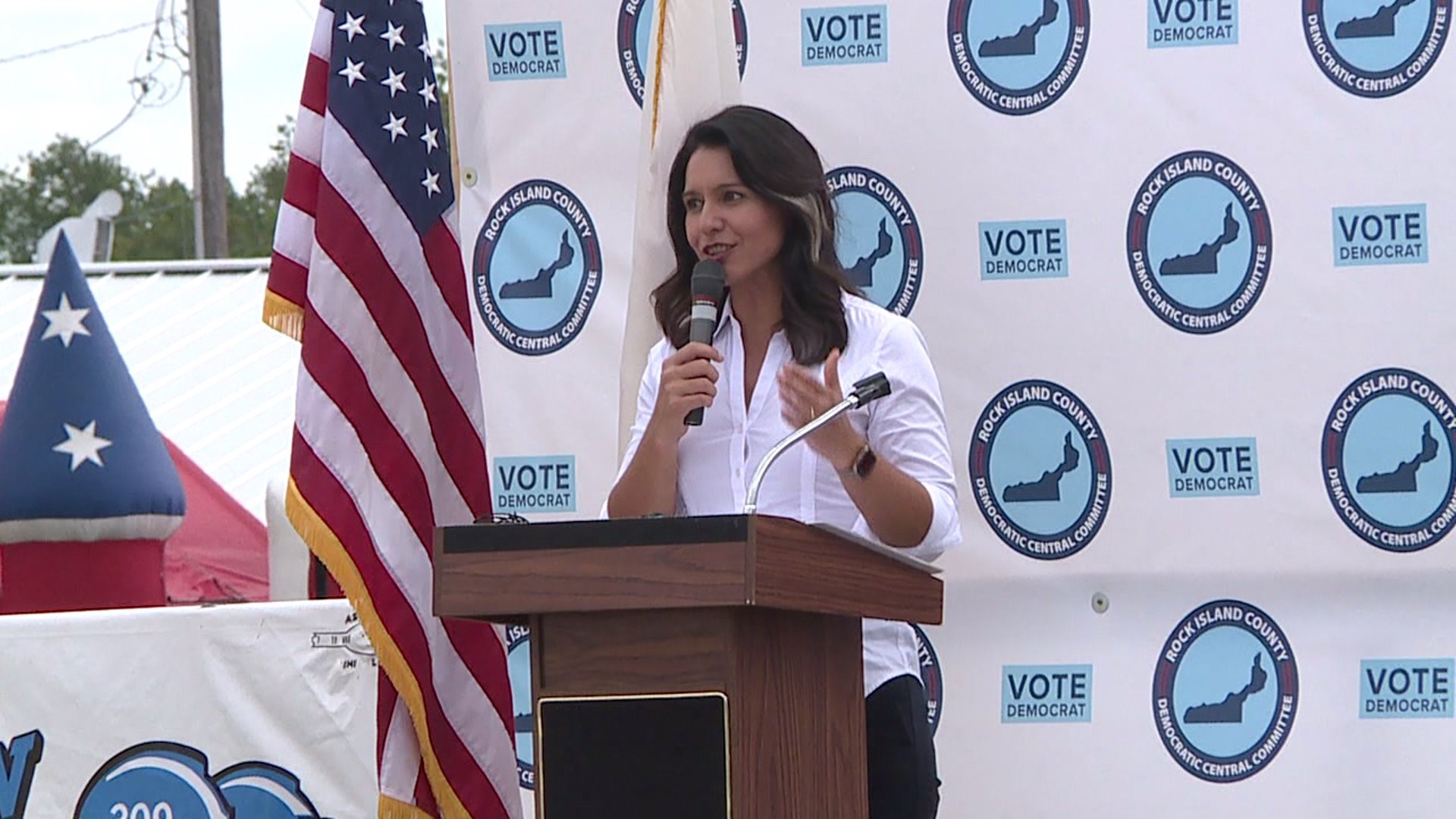 More than 2,000 people attended the Labor Day picnic on September 2nd. A theme among all those attending and speaking at this year's event -- helping the middle class.

"We are celebrating America's workers," said U.S. Representative, Tulsi Gabbard, of Hawaii. "The people who work hard every single day, who are the engines behind our country's economy."

All four candidates in the race to take President Donald Trump's seat in the White House and vowing to fight for the middle class.

"He said he was going to give you universal healthcare, repeal Obamacare, that your head would spin because it would be so easy and so cheap," said Bennet. "And now he's the first president in the history of this country to literally take healthcare away from millions of Americans!"

Bennet said President Trump has broken every single promise that he made to working people in this country and that his proposal "would give working people $2,000 a year in tax cuts."

Senator Amy Klobuchar spoke on behalf of the U.S. and China trade war and said it has started to hurt hard-working Americans.

"We're in the middle of this trade war and he's giving ethanol waivers and oil waivers to the big oil companies. He didn't deliver for rural America."

Author Marianne Williamson spoke about the drastic rise and fall of the economy saying, in part, many fear "we’re going to have another recession."

"That kind of instability is due to the fact that the moral foundation of our economy is unstable," said Williamson.

"Labor Day is (about) supporting those unions who fought for things like a weekend. A 40 hour work week. They fought for benefits. They created a strong middle class!" said Frerichs.

This year's 52nd Annual Salute to Labor picnic broke a record with the most presidential candidates to attend.