Booker Edgerson played to win in his 8 seasons with the Buffalo Bills, but his biggest victory has been in the fight against prostate cancer. “I’m a... 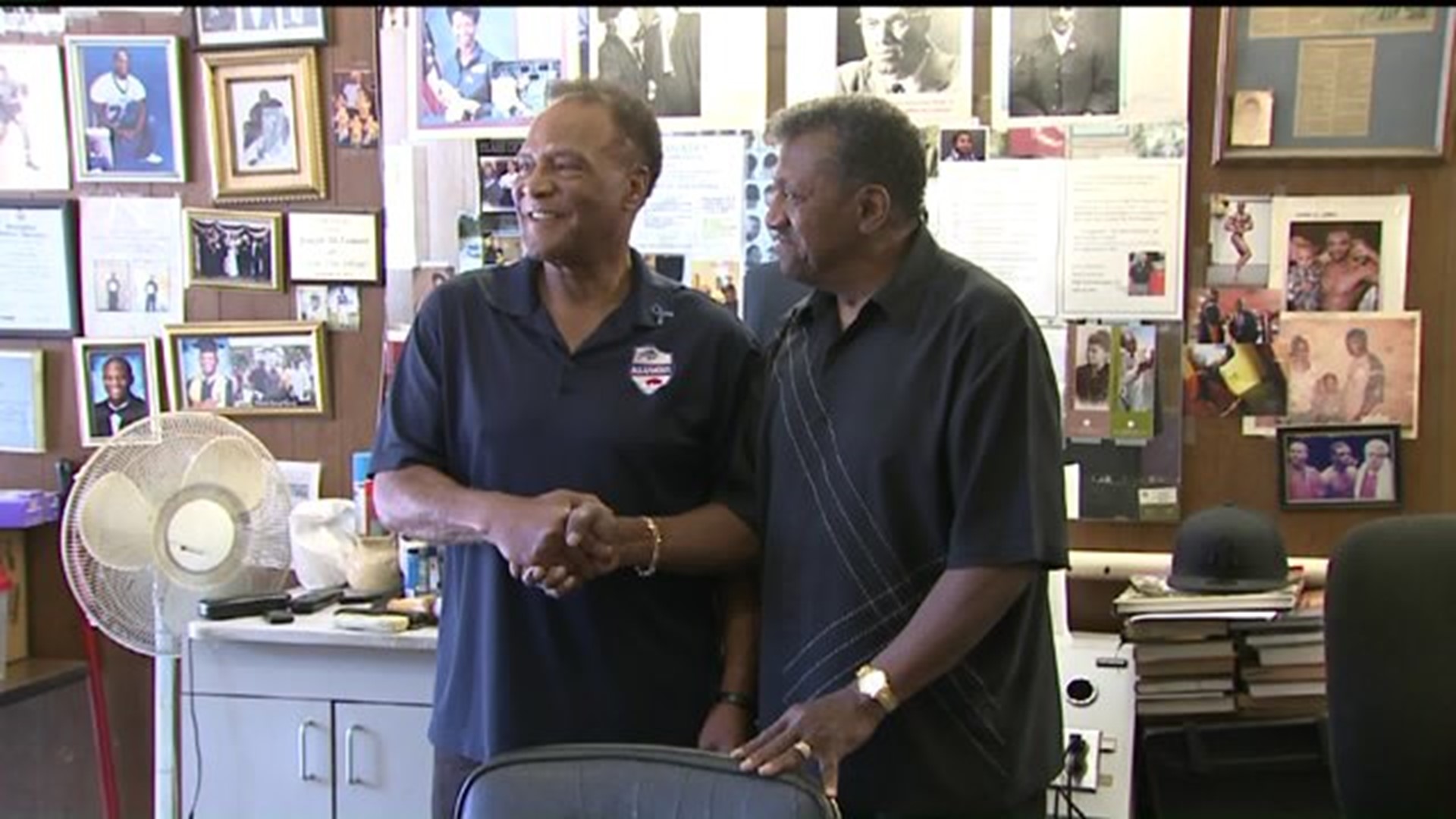 Booker Edgerson played to win in his 8 seasons with the Buffalo Bills, but his biggest victory has been in the fight against prostate cancer.

"I'm a two time survivor.  I went through it twice, hopefully that's it. But there is so many men out there, they're in denial," the 76-year old former football player said.

Edgerson is now lobbying the NFL to promote his campaign for awareness of the disease, called "Cure the Blue" which urges men to get regular check-ups for early detection.

"It's only natural the National Football League take and embrace this. When you look at the NFL, they got the stage of millions and millions of people watching the game. Who watches the game? Men," he said.

He is hoping for a Cure the Blue Day, and learned a lot by focusing on the breast cancer awareness initiative launched by the Susan G. Komen foundations.

"I watched the breast cancer program, I watched the pink program. It's so successful, you women do a great job of getting out the word," he said.

Edgerson lives n Buffalo but is a native of Rock Island and visits the Quad Cities to see family and friends regularly.

This week, he stopped by Joe's Barber Shop on Harrison Street in Davenport to rally men, especially in the minority community, to get checked.

Barbershop owner Joe McLemore didn't even see a doctor until he was 63 years old, and was stunned to learn, he had prostate cancer.

"It was nine years ago. Had a biopsy, they found cancer, took 12 pieces of my prostate. I didn't even have symptoms," McLemore said.

He appreciates the mission Edgerson is on and is happy to help.

"If  you're from the hood or inner city, most of us don't go to a doctor unless something happens to you. Just like they have pink for breast cancer survivors, it's time somebody wants people to recognize this prostate cancer is really serious," McLemore said.