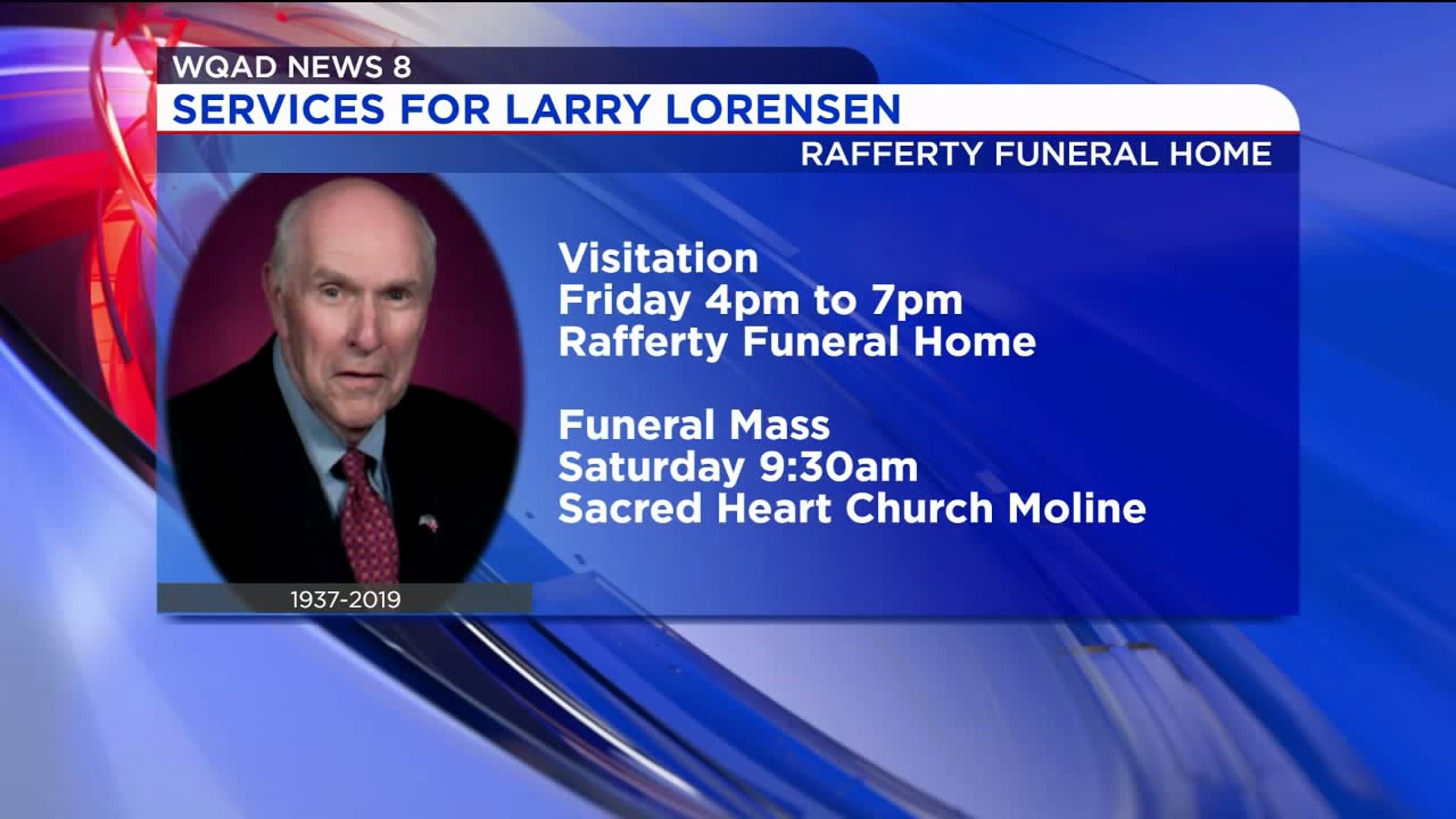 MOLINE, Illinois- Funeral services are scheduled for October 12  for former Moline Mayor Larry Lorensen who died the weekend before.

He may best be known as the man who announced players on the first tee each year at the John Deere Classic.

Larry was born November 29, 1937 in Rock Island, the son of Laurence and Ann (McLeod) Lorensen. He was a 1955 graduate of Alleman High School, 1959 graduate of St. Ambrose College and received his Master of Arts in International Relations at George Washington University in 1964. While in graduate school, he served on the U.S. Capitol Police Force and on the staff of U.S. Senator Paul Douglas.

Visitation is Friday afternoon at the Rafferty Funeral Home with a funeral mass Saturday at Moline's Sacred Heart Church.