“I wanted to start doing something so I started running…” said this 10-year-old Florida boy. 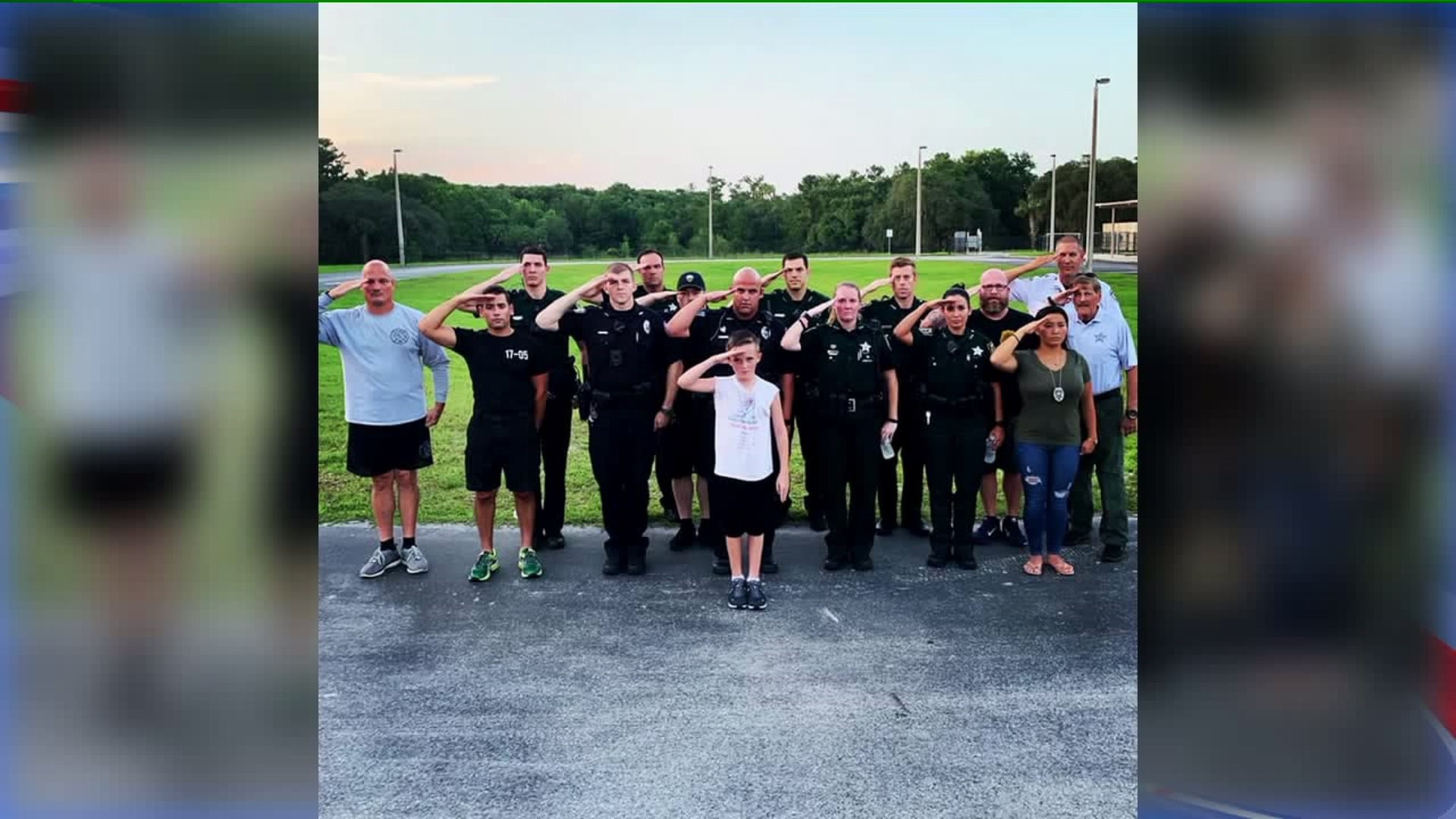 A 10-year-old boy in Florida ran a tribute mile in honor of a Fulton County deputy who died Tuesday afternoon, June 25 while responding to a battery and disturbance call in Avon, Illinois.

Carrying a thin blue blue line police flag and running with local Florida officers, Zechariah Cartledge ran a mile for Deputy Troy Chisum, 39 who died from a fatal gunshot wound. In a video posted to his Facebook page 'Running for Heroes' on Wednesday, Cartledge is shown running around a track with police sirens and lights from motorcycles and cars running with officers in full gear to honor Deputy Chisum.

Cartledge started the Running for Heroes Facebook page in an effort to honor fallen first responders and members of the military. For every fallen 'hero' Cartledge runs a mile and creates a video on his page.

Cartledge said he first became inspired to start making tribute runs after participating in the Tunnel to Towers Foundation 5K in Orlando in a Facebook video from February 5. Most notably, the foundation raises money to build mortgage-free smart homes for disabled service members and pays off the mortgages of fallen service members that have families.

"I thought it was going to be a normal 5K but when I got there I saw all these police officers and firefighters dress in full gear," he said in the video. "They actually started running with me and I [thought] this was very cool. I really wanted to start doing something so I started running... and I started donating money for the foundation."