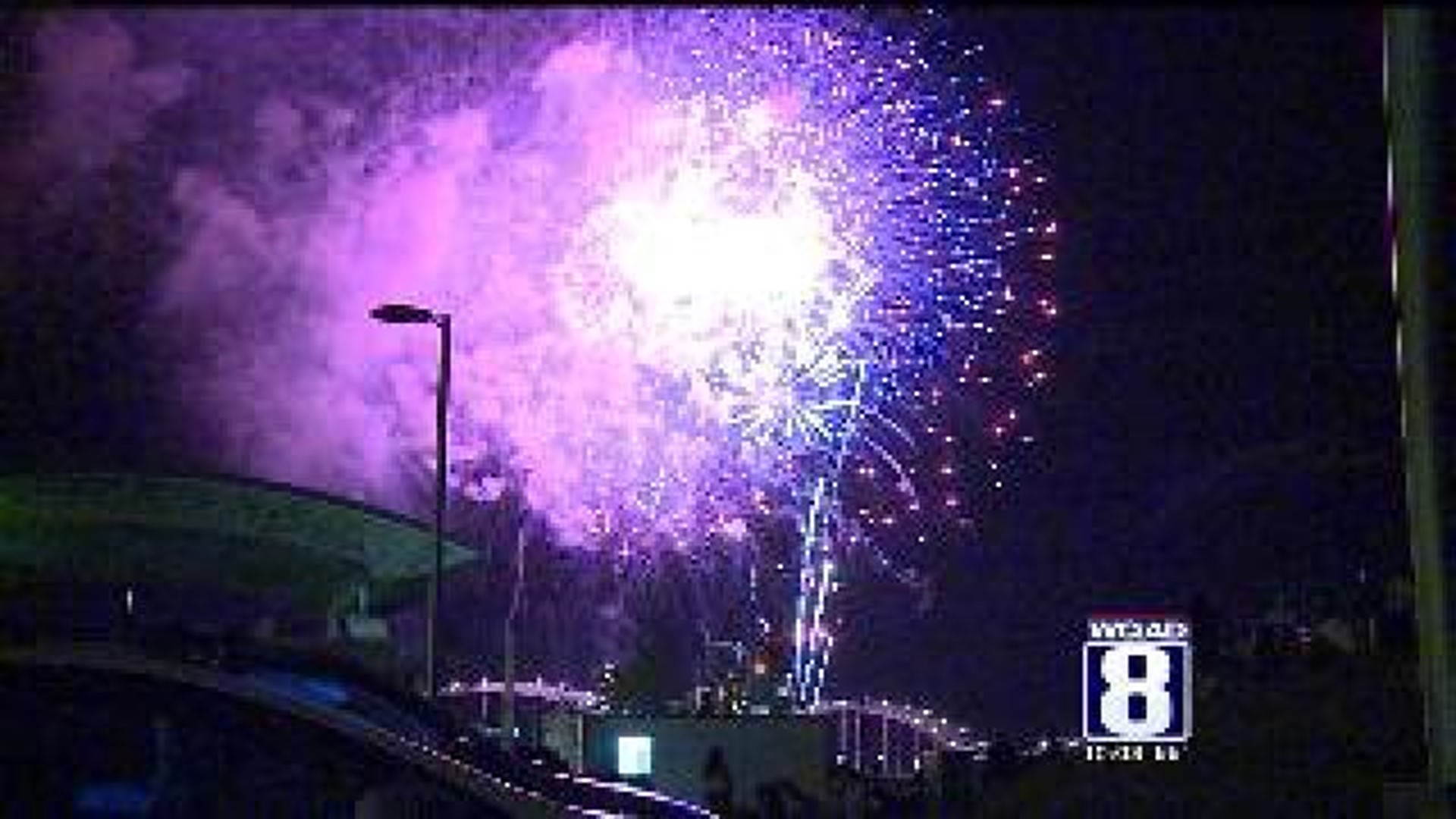 In Davenport, festivities have been moved from LeClaire Park to downtown. The park is usually the site for vendors and activities, which will now take place on 2nd Street, between Main and Ripley.

Organizers say the higher launch site will provide a variety of viewing opportunities on both sides of the river. If you're used to taking in the show from a boat on the river, though, DNR officers urge extra caution this year.

"Make sure that they anchor really good, that they've got a good firm surface to grab onto where they're not sliding, slipping. The current may be a major issue there. Make sure their navigation lights are on," said state conservation officer Jeff Harrison.

Harrison said an area under the Centennial Bridge will be blocked off from boat traffic to prevent sparks or ashes from falling on boaters.

"We're hoping that there's not a lot of boats out. We prefer that you watch it from the land this year," said Harrison.

Watching from land will present challenges as well, though. Second Street is already closed from Ripley to Harrison for Blues Fest setup.

Good viewing spots, though, can be found at the top of downtown Davenport's parking ramps. Parking in Davenport is free on streets, and will cost $5 on all parking ramps.

And if you're looking to avoid the crowds and guarantee a seat close to the action, tickets are still available for Wednesday night's Quad City River Bandits' game.

"Just because we're surrounded by the floodwaters, it doesn't mean that it's not a great place to come down to.... and you're right on top of the fireworks, basically," said Stefanie Brown, executive director of Modern Woodmen Park.

Wherever you plan on watching from, organizers advise that you arrive early Wednesday evening. Events kick off at 6 p.m., with the fireworks starting at 9:30 p.m.