Some business owners in West Davenport are exasperated with the current flood protection plan that’s leaving them to fend for themselves. 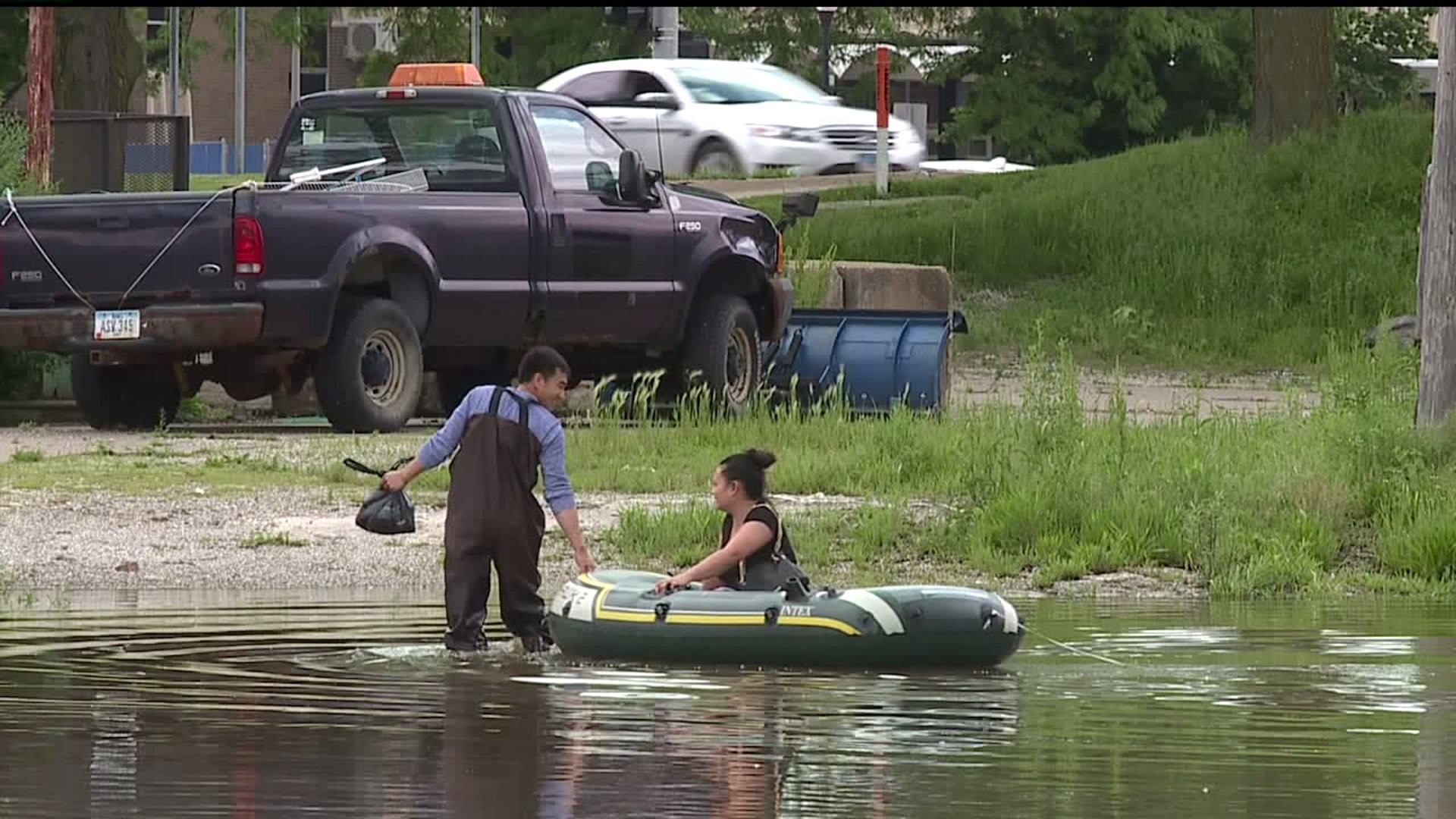 DAVENPORT, Iowa -- Some business owners in West Davenport are exasperated with the current flood protection plan that's leaving them to fend for themselves.

Cong Le, the owner of QQ Beauty Supply tells News 8 she was trying to get Hesco barriers from the City of Davenport to protect her inventory, but was told they were not given out to businesses, only city facilities.

"We have been going through two floods and we suffered a lot," she said, referring to Mississippi's historic rise and the time the Hesco barrier broke near East River Drive and Pershing Avenue exactly one month ago, on April 30. "So we think this time, we need to protect ourselves."

She checked into ordering Hesco barriers herself, but the cost was too much.

The Le family, including Cong, her brother Nam Le, two other sisters and even her mother and uncle got together and brainstormed.

"He had been building the first wall for the second floor and it collapsed," Cong Le said of her brother. "And he cried a lot."

They asked friends and neighbors about how to build a wall. Everyone pitched in ideas.

"So then he came up with this wall and I think it works very well," she said, adding that it took three days to build.

All the supplies came from Menard's, she said.

She said she was shocked but not surprised to read Davenport City Administrator Corri Spiegel's  column in the Quad City Times stating that "Davenport’s flood plan is not and never was intended specifically to protect businesses."

"I was not surprised, because they might think that small businesses are not important. But for me, we are part of the community," she said.

Cong Le says she understands this winter and spring season have been very hard on everybody, including the city.

"Maybe there so many things going on with them they haven’t thought about this. But I take this opportunity to stand tall for the small businesses in this area, because I have been talking to all small business neighbors: They are upset about the floods. They were very stressed, like me. " she said.

Across the street, at her sister and brother-in-law's Oriental Food grocery store, and further down, at the Discount Tobacco, owners expressed a similar sentiment. They wondered aloud about a permanent solution.

"You're paying taxes, but not getting any benefits," said Bikram Thapa, the owner of the smoke shop.

Cong Le said she and neighboring businesses were thinking about how to protect their livelihoods, and the city needs to rethink the future as well.

"I really would like to hear directly from the City of Davenport, and all the small businesses," she said. "We need to have a meeting, sit down together and think about future."