The big question we’re all asking: Did the river go down enough before our next round of heavy rain? The Mississippi River at Rock Island has pulled up st... 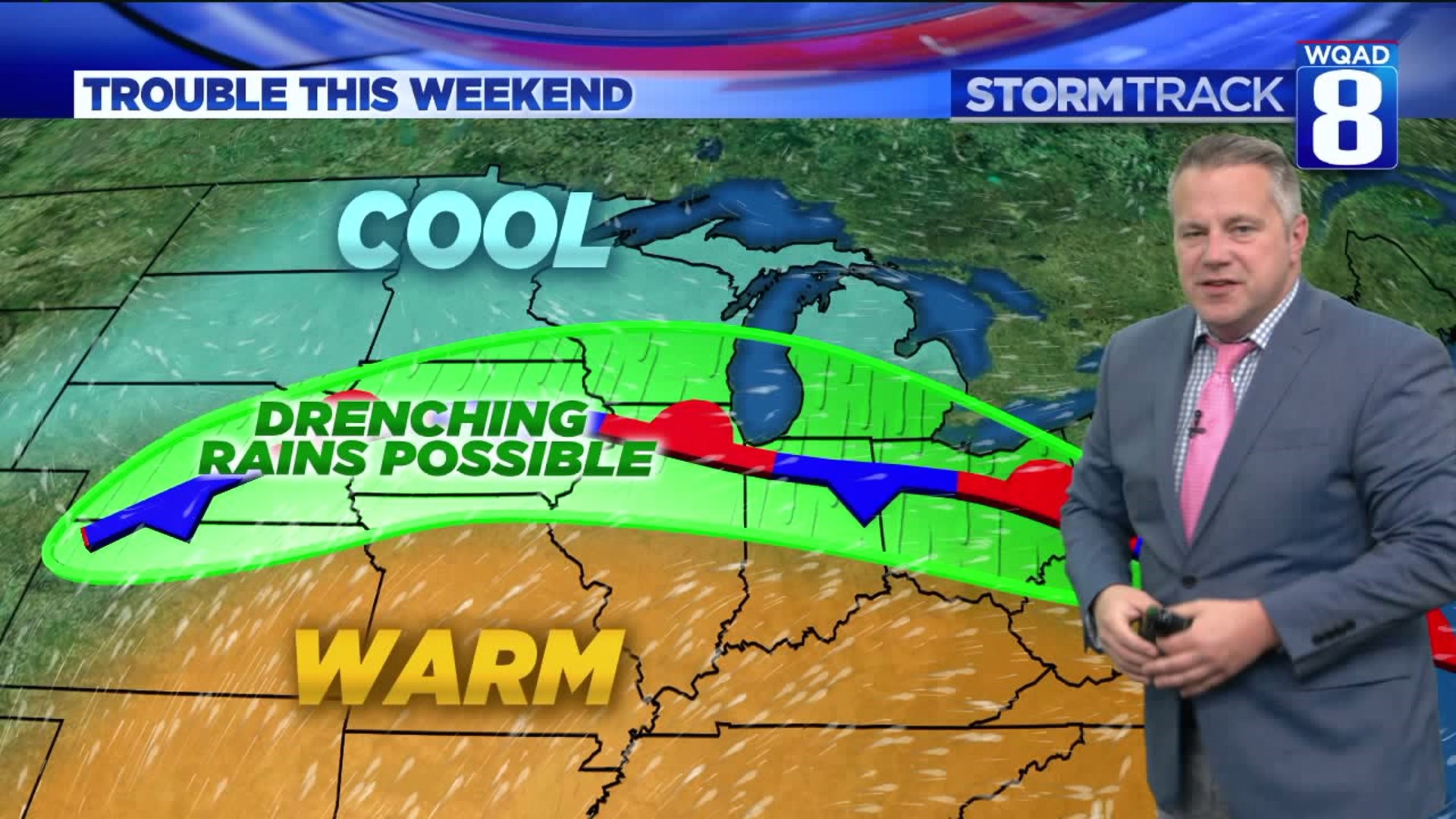 The big question we're all asking: Did the river go down enough before our next round of heavy rain?

The Mississippi River at Rock Island has pulled up steady around 16.7 feet. The forecast shows the level staying steady but we know that with additional rain later this week, the level will rise.

Above, you can see the raw model output which shows one model bringing more than 2 1/2 inches of rain by Wednesday. Another model brings more than 4 inches by early next week. Even with an inch or two of rain, the river could rise back into "major flood" category. With the worst-case scenario, if we get a widespread 4-6 inch rainfall, we could see this top the 20 foot mark again.

It's highly unlikely that we will near the 22.70 foot record, set in early May. However, if our pattern remains active with repeated shower and thunderstorm activity across the Midwest, we could near it by mid-June. There are a lot of "ifs" that go into that worst-case forecast though.

This weekend, a stationary front will be draped across the area. To the south, temperatures in the 80s can be expected. To the north, temps will likely stay in the 50s and 60s. Along the convergence zone of the front, repeated heavy thunderstorms can be expected. Unfortunately, that looks to bring us some high chances for rain on all three days of the holiday weekend.